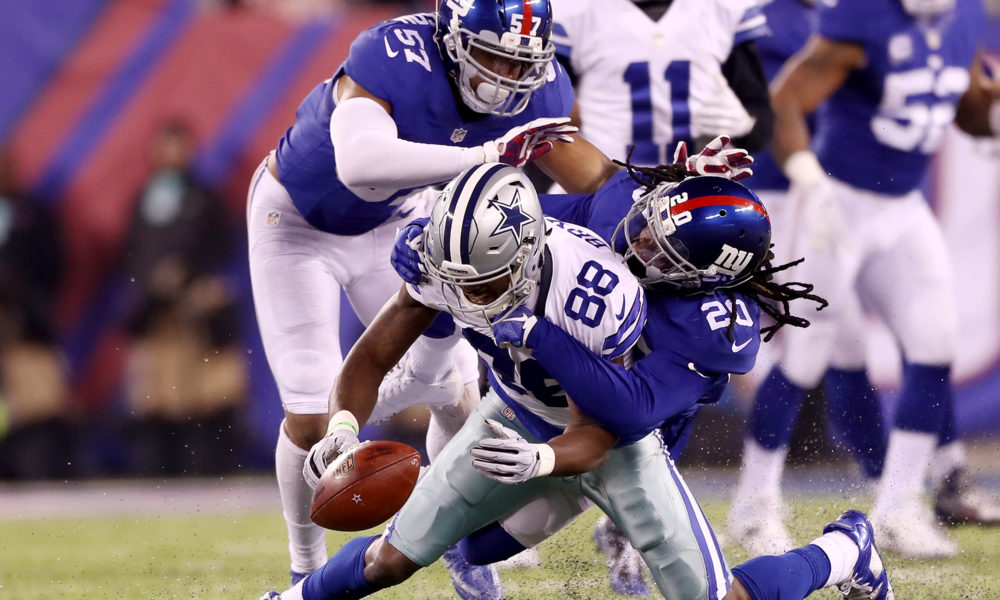 The New York Giants have a favorable end to their 2018 schedule. Most teams would likely prefer to open with an easy slate, but the Giants will have to settle for the opposite. Can they make the NFL Playoffs?

The New York Giants are heading toward the 2018 NFL season hoping for a bounce back. After finishing 11-5 in 2016, a downturn tumbled them to the second-worst record in the sport a year ago. The team and its fans are ready for the pendulum to swing back in the other direction. Though the roster looks better on paper, and a healthy Odell Beckham should make a heck of a difference, the schedule does New York no favors for most of the year.

The early stages of the schedule look simply demoralizing. The middle of the year, besides offering a bye week, also isn’t favorable by any means. However, by the end of the year, the schedule looks like it finally lets up. The final five weeks of the regular season could be the reprieve the Giants need if they hope to make a push for the postseason.

In Week 13, New York heads into the final stretch with three home games and two road games. The five opponents went a combined 34-46 in 2017. They make up what is far and away the easiest stretch of the Giants’ entire 2018 season. The Chicago Bears are their Week 13 opponent; they of a last-place finish last season. Chicago is no longer the defensive juggernaut it used to be. To make matters worse, it will be relying on a second-year quarterback that looked out of sorts during his rookie year to pace its offense.

Finally moving on from Kirk Cousins, the Washington Redskins host New York in Week 14. More accurately, Cousins moved on from Washington, and the Redskins sacrificed an awful lot to bring in Alex Smith. They appear to be a worse team than the one that went 7-9 in ’17, though the defense is highly underrated. Tennessee in Week 15 is the lone incumbent playoff team New York faces in this final stretch. Rather than resting on their laurels, the Titans overhauled their entire coaching staff in the offseason. It could be the smart move in the long run, but growing pains will be unavoidable. From the Giants’ perspective, they hope the Titans are still working through issues this late in the year.

In Week 16, a decimated Indianapolis Colts roster hosts Big Blue. The Colts have what may be the worst overall roster in the league, and everything hinges on the health of Andrew Luck. By the time Week 16 arrives, much like Tennessee, it will be exceedingly obvious whether or not the Colts’ season came together. To wrap up the year, the Giants host Dallas, one of the few teams with worse offensive skill players than the Colts.

Projecting ahead even to Weeks 1 through 5 is often a fool’s errand in the NFL. Looking ahead to the final weeks of the season is thus something far sillier. That said, the New York Giants may very well find five winnable games by the time Week 13 rolls around. And this stretch will be vital to salvaging a season. The Giants will probably be fortunate to enter the Bears game 6-6. It cannot afford to stumble in any of these late matches.