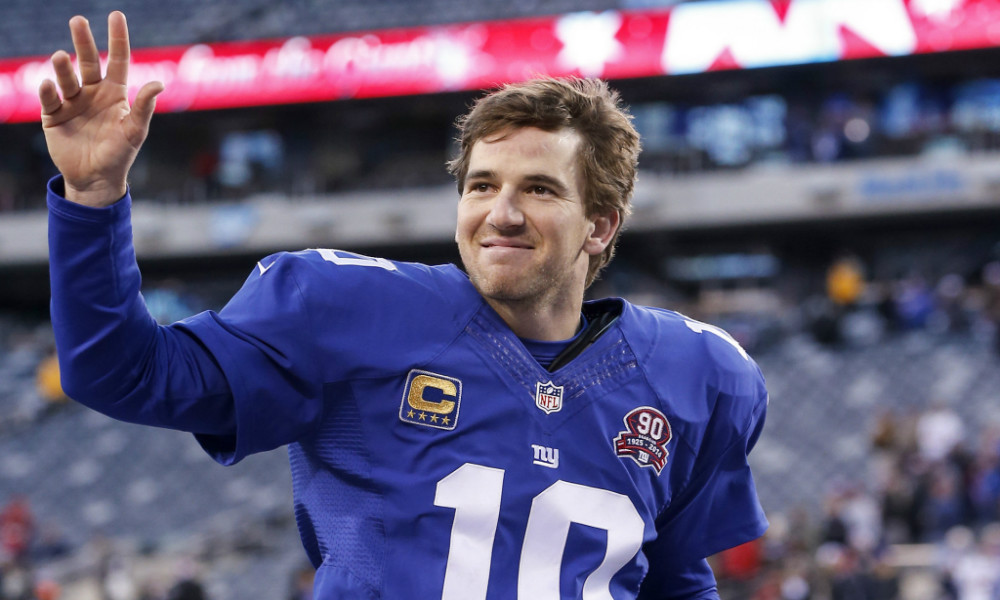 Eli Manning, the quarterback and leader of the New York Giants, said his team was definitely playoff bound. What else would you expect him to say! But is it true? (Photo Credit: nj.com)

Those were the words of New York Giants quarterback Eli Manning, according to ESPN NFL reporter Adam Schefter. Manning was asked a question while at a football camp at Kean University in New Jersey. He responded that his team is definitely playoff bound this season. Well…of course he did!

This isn’t news. But it is July, just a couple of weeks before the beginning of training camp. It’s slow in NFL news circles. It isn’t noteworthy that a team’s starting quarterback believes his squad will make the playoffs. What would have been worth mentioning is if Manning had believed the alternative; that his Giants were not nearly good enough to make the postseason. THAT would have been something to hear.

But other than this being offseason nonsense, it’s a curious question when looking for an unbiased answer. “Definitely” is certainly too strong a word to describe New York’s playoff chances. But is this team playoff bound?

ALSO ON BUZZCHOMP: How Soon Til Pokemon Go Kills Someone?

Recently, Buzzchomp went into a bit of detail on the Giants’ upcoming 2016 schedule. The synopsis is that 2016 is not easy. New York has a tough road. It faces the very deep NFC North and the exceedingly talented AFC North, not to mention six games against its own rough and tumble East division.

Last year, the NFC East wasn’t very good. This year it should be a similar story. Washington is primed to regress after a very nice year in 2015. The running game has been handed over to the inexperienced and injury-prone Matt Jones. The defense added Josh Norman, but is not on par with the top units in the conference. In fact, none of the defenses in the East, with the possible exception of Philadelphia’s, are likely to finish anywhere better than average. Of course, for the Eagles, while the defense could be good, the offense will not be. The reverse goes for the Dallas Cowboys, who will take a step up after a 4-12 year, but how large of a step with that porous defense remains to be seen.

So while New York has anything but an easy slate this year, its division remains completely winnable. Perhaps that is what Eli had on his mind when he said the team would be playoff bound. Because certainly Manning realized that hopes of a wildcard spot seem like pipe dreams.

The other three divisions in the NFC are filled with more talent than the East. In the North, all four teams could vie for playoff spots, with two being championship contenders in Green Bay and Minnesota. The West has two legitimate title contenders of its own and a third team that will challenge for the postseason. The South is weaker but also has Carolina, who finished with the best record in the NFL last season. And none of the other three organizations there are clearly worse than who resides in the East. It gets super crowded very fast in the NFC.

New York has a one in four chance of winning its division and then a much smaller shot at winning a wildcard spot with a hefty batch of other teams to fall back on. That would put the Giants’ playoff chances somewhere far from “definite” but not insurmountable. Go Big Blue!