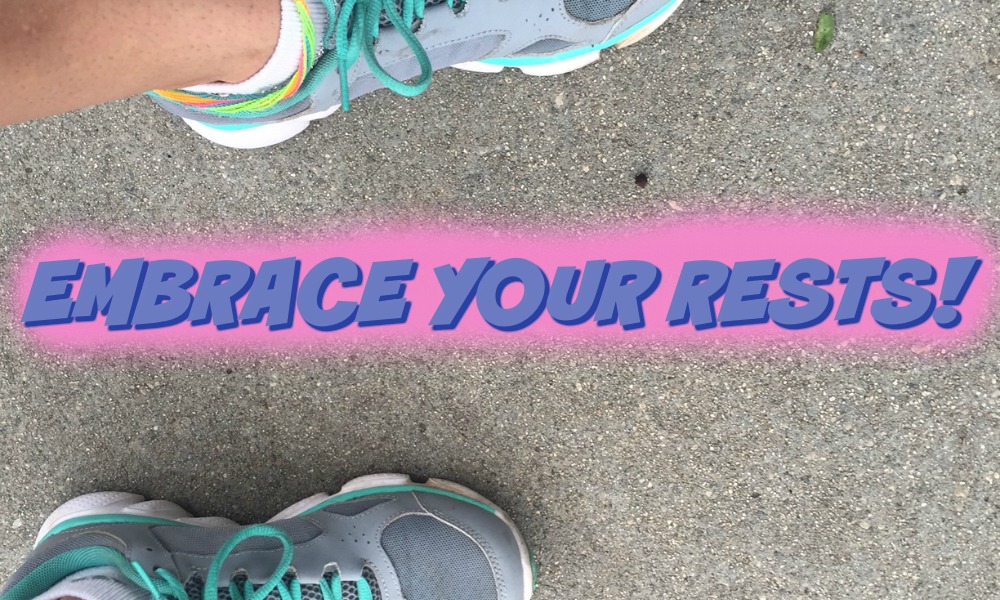 I’m not super big into rest days. I know they’re great, but I really enjoy being physical and always feel amazing after a run. Knowing when to embrace a rest day is key. They’re so worth it! I’m a running chick and this is my diary.

This past week was a funny one for me. On Tuesday I felt so well rested. I’d taken it easy over July 4th weekend and was ready to rock and roll. Yet despite all of the rest, my man still ended up getting sick. When you live with someone who gets sick, no matter the ailment, it completely shifts your week too. So even though I felt perfectly great on Tuesday, my week played out and it was a challenge. I needed to pace myself in life and with running.

I embraced not one, but two rest days last week and I’m so happy I did! My first rest was on a day I had a film shoot. I needed to be on set at 8 AM and while there have been times in the past where I’ve pushed myself to get up at 5 AM to run, I knew that wasn’t a good idea. I was working with my man who was still ill, meaning I would have to pick up the slack. No biggie, I felt great that day! I was focused and even though a part of me longed for my morning run, I knew that I needed to take the rest day.

The next three days after my rest day were great. I felt so much better. I had a lot more energy and since my man was still sick, I knew I needed to be on my A game and pick up his slack, especially since we work together. Nothing beats a well-timed rest day.

The third day after my rest was a very long day. I had another shoot, woo work, but it was a late night. Those who know me well, know that I enjoy my early nights. I’ve had a lot of late ones over the years, but I don’t make it a habit anymore. I wasn’t in bed until 1:30 AM that night, and damn that felt late for me. So the next day my man and I woke up at 9 AM in need of more rest. I really could have slept way longer, but we got out of bed and opted for a rest day.

A part of me wanted to run so bad that morning, but a bigger part of me didn’t. It wanted me to take my time getting out of bed and slow down. So I let my body tell me what to do. I listened and took an amazing scenic walk through my neighborhood. A nice change of pace that felt even better. As I headed out the door I had a split second thought about already having a rest day this week, but then I stopped myself. It didn’t matter if I’d already rested this week. When your body asks for a rest, we need to listen.

That’s really how I embrace my rest days. I don’t plan them every four, five, or seven days. I let them come to me and I truly enjoy every moment of them. I live it how I see fit. Sometimes I don’t do any physical activity those days, but more often than not I do something, even if it is just going for a long walk!

Embrace your rest days and listen to your body. Don’t let anyone tell you when and how you should do your rests!