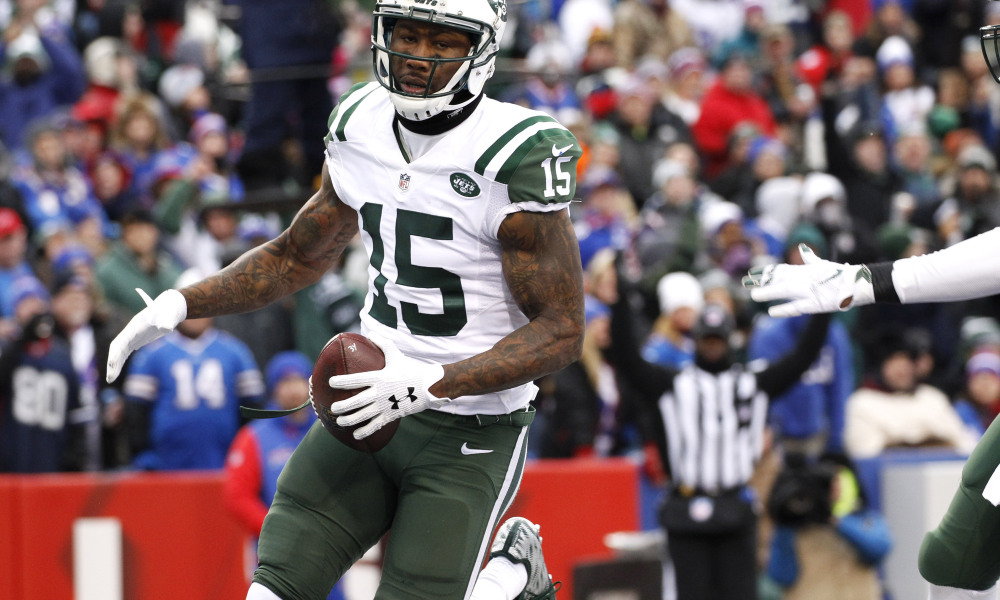 It didn’t take long for the New York Giants to dip their toe into the 2017 NFL free agent market. Despite concerns that it would be strapped for cash, New York came out swinging and grabbed a big name. It signed former Jets wide receiver Brandon Marshall.

The Giants and Marshall agreed to a two-year deal worth $12 million. Considering his pedigree, ceiling, and abilities, this is a reasonable contract. Considering the Giants’ salary cap position, it feels a little on the high side, though. Spotrac contract estimates had placed Marshall’s likely cap hit below $5 million, since he is 33 years old and coming off of a bad season. That felt optimistic (from a team’s standpoint). Giants fans and management would have been ecstatic if they grabbed the Pro Bowler for that pittance. It turned out to be too optimistic. He garnered six million per season. Nevertheless, this still feels like a pretty good deal for New York.

ALSO ON BUZZCHOMP: Superhero Movies Aren’t What They Used to Be

If the New York Giants weren’t facing a cap crunch, this signing would be a home run. Still, there are players on the roster who may be cut in the coming days, freeing up extra space. Adding Marshall to the roster is worth the consternation in that regard. He is arguably the best wide receiver on the market this year. Despite his age, he is still an elite number-one option in this league, and the Giants can use him as a second banana!

Marshall’s 2016 was legitimately terrible. But I’m not sure what percentage of that falls on him. The New York Jets were a mess offensively and had nothing resembling a competent quarterback to get him the ball. When his QB is adequate, Marshall is stellar. You don’t have to look past 2015 to see that. A good Ryan Fitzpatrick season resulted in a great Marshall year. He topped 1,500 receiving yards and tied for the league-lead in receiving touchdowns. He was flat-out one of the best weapons in the NFL.

One season later, he was essentially replacement-level. But give him a better system and a potential Hall of Fame quarterback, and Marshall is sure to rebound. He won’t reach 1,500 yards or 14 touchdowns playing alongside Odell Beckham, but he might come pretty darn close. Marshall immediately becomes the best number-two receiver in the NFL.

His stylistic fit next to Beckham and Sterling Shepard also feels flawless. Both OBJ and Shepard are smaller, shifty players who play in space and create plays down the field. Marshall is a big-bodied, forceful, fearsome receiver who can muscle smaller defenders and own the middle of the field.

Marshall has never reached the postseason in his eleven years in the league. That could change as he immediately improves the offensive attack of a team coming off of eleven wins.