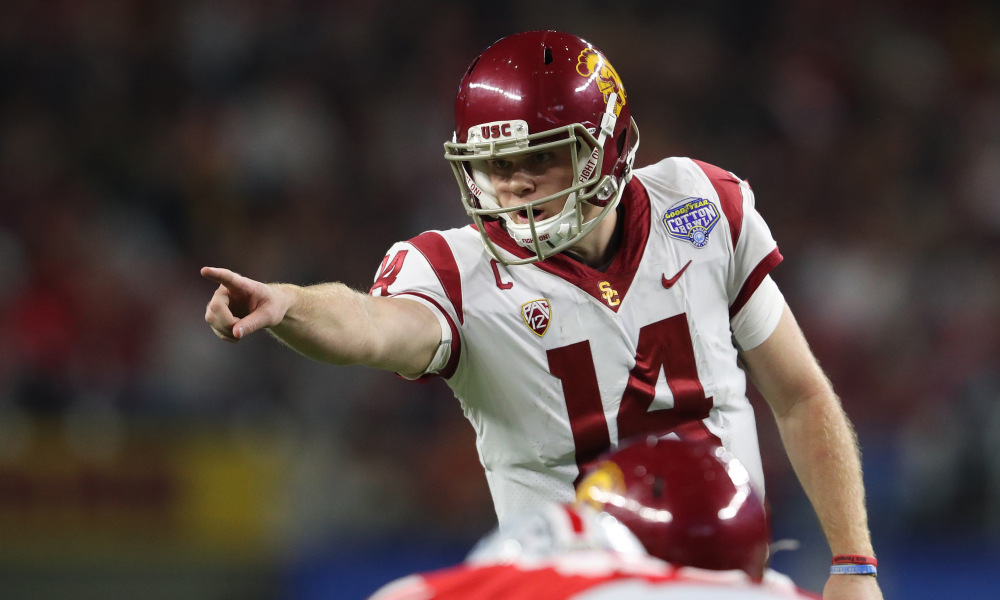 With the second overall pick in the 2018 NFL Draft, the New York Giants have a plethora of options. Unfortunately, they all depend on what the Cleveland Browns do with pick number one. Here are five scenarios.

The New York Giants have the second overall pick in the 2018 NFL Draft later this month. While the team somewhat controls how the entire first day unfolds based on its pick, a lot also depends on which direction the Cleveland Browns go in with the first overall selection. The Giants’ move depends on what happens at one. Let’s break down the scenarios.

Rumor has it that New York’s QB choice is Darnold or bust. That could be nothing but bunk, but it could also be true. It’s perfectly possible that the franchise likes Darnold as a franchise passer and isn’t high on any of the other top candidates. If that is true, Cleveland taking Darnold first would border on worst-case scenario. The Giants wouldn’t be in deep trouble though. It just removes options, and the team is left to choose the best non-quarterback of the draft. New York would likely take either running back Saquon Barkley, offensive guard Quenton Nelson, or defensive end Bradley Chubb.

If the Browns take who they deem to be the best overall player in the draft, it leaves the New York Giants to pick between their QB or linemen. They go with Darnold if they truly like him and are building for the future. A Darnold selection means that ownership isn’t convinced Eli Manning has one more run in him. The target year for competing would instead be 2019. A Darnold pick also means new management has no ties and no strong feelings toward Davis Webb.

ALSO ON BUZZCHOMP: I Watched Legion Season 2 Premiere but Can’t be Sure of Anything

With Barkley off the board, New York could still select either Nelson or Chubb though. This would indicate a desire to push for the playoffs in Manning’s final two seasons. It could also indicate Pat Shurmur and company are high enough on Webb to give the young man a chance at the QB-of-the-future position.

C. Cleveland trades the top pick to a QB-hungry competitor

It’s possible the Browns trade the first pick to grab extra assets and still have the ability to take their targeted quarterback in the fourth overall slot. They would only do this if their scouting graded at least four of the top six passers very similarly at the top, which is quite possible. Mock drafts still seem split on the order in which these guys should be taken.

The Giants would be left in a similar case, though. This arguably won’t impact New York’s move. Darnold could come off the board, or another of the passers could. It doesn’t matter which team takes Darnold if he goes first overall.

There are rumors that the Browns are very high on Allen; high enough to take him first overall. This seems ludicrous, as he seems like the worst of the top quarterback prospects, but it also feels incredibly plausible. This is the best-case scenario for New York. There is no chance of the Giants getting bamboozled into taking Allen’s broad shoulders and inaccurate passing second, and they are free to choose between Darnold and the top overall players.

Cleveland somewhat controls what New York does. If the Giants are dead set on Darnold, and he is no longer available, New York may go ahead and trade down. If Big Blue slides just a few spots, it could still have one of those top three non-QBs in its sights, as well as pick up extra assets to help rebuild starting depth. This would be a grand scenario if it worked out but quite risky. The Giants could miss out on one of the three best players, which they are technically guaranteed to get right now.