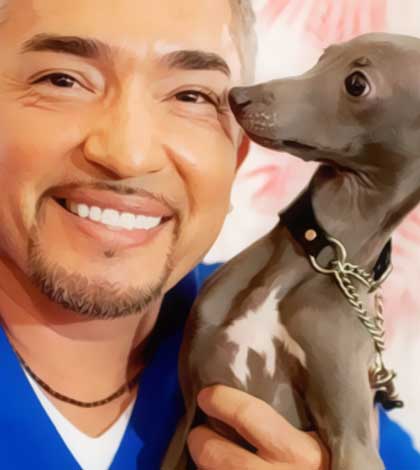 Celebrity-Suicide-Survivors’ Plea: The Dog Whisperer Says “Never Lose Hope.” Recent news of Cesar Millan’s suicide attempt back in 2010 has left fans sad, curious and confused. How can it be that The Dog Whisperer, known to friends and family as the mild-mannered Cesar Millan, submitted to the desperately sad call of suicide? During Millan’s recent promotion of his new show “Cesar Millan: The Real Story,” he revealed the reasons for his attempt. He not only lost his beloved pit bull Daddy of 16 years to cancer, but shortly after, his wife of 16 years and the mother of his two children suddenly divorced him. Apparently it was the element of surprise and the perceived loss of his family that really rocked his world. But that was then. Now, he appears to be better than ever with a very hot girl at his side, Jahira Dar. “It took me two years to finally come back to a good place.” About 2012, he says, “has been a tremendous period of growth, rebuilding and rehabilitation for me and my pack.” He has plans of marrying, but wants to ask his new girlfriends parents for her hand in marriage first. What a guy! So what is the take home lesson in this tragedy with a positive twist? Millan expresses the desired outcome as such. “Hopefully people get inspired, they get motivated. It doesn’t matter where you come from. Really what I would like for people to get out of this is just to not lose hope, no matter what happens. You should never lose hope.” He has a lot more to teach us than doggie obedience techniques. He is 43 and that old dog has learned some new tricks. Let’s compassionately witness the next chapters in his rich life premiering November 25, the Sunday after Thanksgiving, at 9:00 p.m. on Nat Geo Wild.