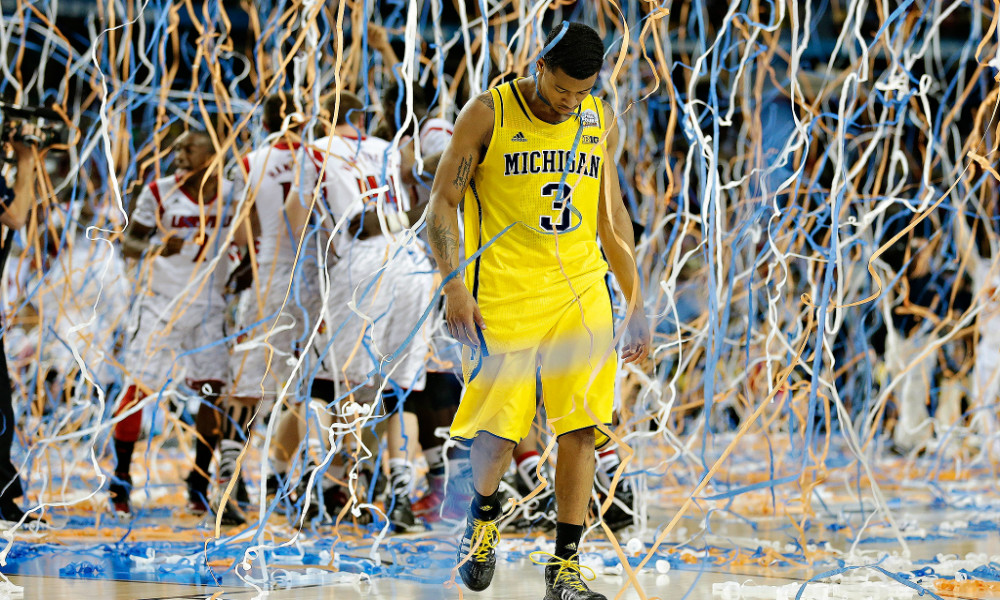 Anyone can fall into a few Final Four selections, drawing straws out of the top 10 teams in the country. The real key to winning an NCAA Tournament bracket is nailing the double-digit seed upsets and pinpointing which heavy favorites will go down early.

With that, here is the list of the likeliest double-digit seeds to advance through round one (ordered by region and number, not by confidence). Your March Madness sleepers!

10. Temple – The Owls play excellent defense, as do all the tournament teams out of the AAC. If Quenton DeCosey gets hot from the outside, their offense also falls into line. Temple also has the advantage of playing a team that scuffled down the stretch of the season unlike few others. The Iowa Hawkeyes found themselves ranked in the top five in the national polls earlier this season and promptly lost six of their final eight games of the year to make sure expectations were properly reset.

11. Wichita State – Everybody knows about this team by now. The Shockers defeated Vanderbilt in the play-in game, unleashing that fearsome defense that has defined them this season. Ron Baker and Fred VanVleet are elite guards capable of masking many other problems. Wichita St. can be undersized, but it didn’t stop them from taking down a Vandy team that starts two 7-footers.

ALSO ON BUZZCHOMP: Video – How to Watch March Madness

13. Hawaii – Hawaii’s main asset is Missouri transfer Stefan Jankovic. He is a do-everything 6-11 forward who has done everything this season. Hawaii will have no shot if its opening-round opponent, Cal, plays up to its potential. But that is just the thing; California has underachieved for large chunks of this season despite being the team everyone says has the most talent in the country. At some point, the results have to matter.

10. Pittsburgh – Pitt advancing is simply about the matchup. It and Wisconsin are similar teams; the Panthers just happen to be better. Wisconsin plays the slowdown game but can’t shoot. Pittsburgh isn’t a good shooting team either but is superior to the Badgers in terms of rebounding, passing, limiting turnovers and hitting foul shots.

14. Stephen F. Austin – The Lumberjacks are a long shot but have the best turnover margin in all of college basketball. If they can win the turnover battle against a fearsome West Virginia defense that thrives on forcing opponents into mistakes, the outcome could shift Stephen F. Austin’s way.

10. VCU – Another team that defends well, the VCU Rams are only slightly glancing ahead at the pipe dream possibility of facing their old coach Shaka Smart and Texas. But they have nothing more than a 50-50 chance of advancing past round one. VCU doesn’t excel on offense; it gives up easy buckets and commits too many fouls. The simple explanation is VCU’s opponent, Oregon State, isn’t good enough to take advantage of any of this.

11. Northern Iowa – UNI likes to control pace and limit mistakes. That is enough to keep the Panthers in the game against Texas. They have defeated North Carolina, Iowa State, as well as Wichita State and SFA all this season by sticking to their game plan.

12. Yale – Yale has big bruisers that like to battle down low. Yale likes to control and win in the paint. There is no secret to how the Bulldogs play. They rarely shoot threes yet had the second-best rebounding margin in the entire nation and went 13-1 within their league.

13. UNC Wilmington – UNC Wilmington isn’t a great basketball team, but it is good enough to advance through its round-one matchup because of the opponent. Duke is a very small team this year after the injury to Amile Jefferson. If the Blue Devils aren’t shooting well, they can lose to anyone. The Seahawks struggle to defend and rebound against massive size from an opponent. Duke doesn’t have anything to exploit that weakness.

10. Syracuse – Syracuse was lucky to get into the tournament to begin with. Now that it’s in, it can advance. The Orange play a 2-3 zone that is hard to defeat if an opponent isn’t familiar with it. Cuse gets great extension at the top of the zone and forces many bad passes from opposing guards. Its opponent, Dayton, already turns the ball over a lot against normal defenses and does not shoot well from the outside. It is the perfect recipe of what Syracuse likes to play against.

11. Gonzaga – Gonzaga is huge. Is that enough to advance? The Bulldogs run three deep with 6-11 players in their starting lineup and have a fourth that comes off the bench. The Zags have to face one of the hottest teams in the country in Seton Hall, but momentum can’t shoot over 7-1 or get a hand up to block a three from someone who is 6-11.

13. Iona – Iona stinks at half of the game of basketball; namely, playing defense. Fortunately, so does its round-one opponent, Iowa State. Both Iona and ISU finished first in their conference in scoring (each averaging at least 80 points per game) but finished outside the top 200 nationally in points allowed. This game could go in either direction as A.J. English and Georges Niang race to 30 points.

You can check out ExpressVPN’s streaming guide here if you are interested in watching the games live.