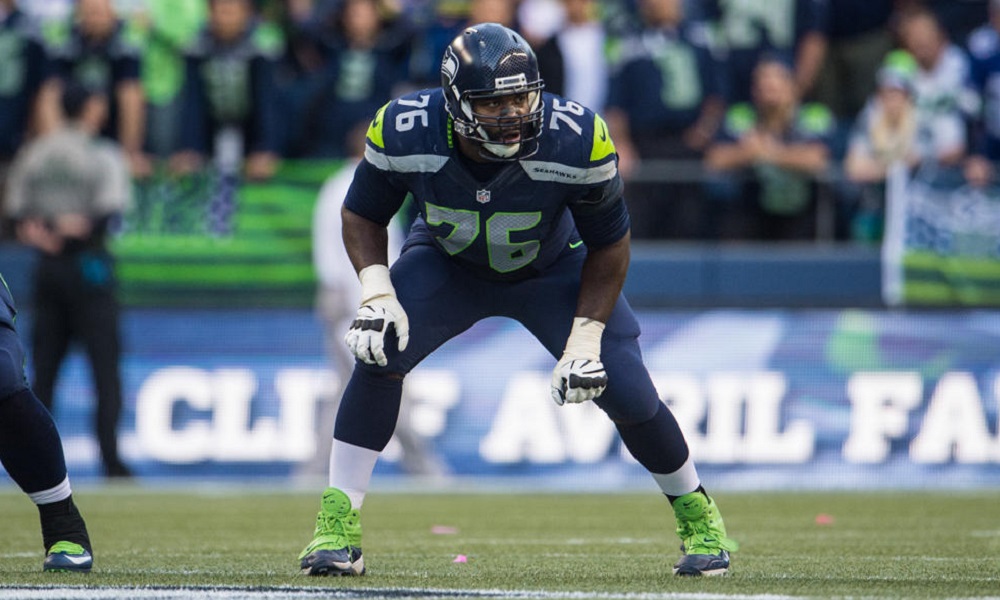 Despite spending oodles of money on the opening day of free agency, the New York Giants still have a lot of offseason work left to do and roster holes to fill. Roster construction is not a 48-hour process. (Photo Credit: seahawks.com)

The New York Giants made a splash worthy of their nickname to begin NFL free agency last week. They spent $200 million on four defensive players who should come in and immediately be starters, if not stars for this team. It was an impressive first step even if a couple of the contracts appear onerous and similar talent could have been had for cheaper.

But it was also just a first step. New York still has a number of glaring holes to fill on both sides of the ball. Ideally, the team will use the pending April draft to address depth issues and, outside of their first-round pick, not be relying on it to find a Week 1 starter. That means the Giants have to add a number of other pieces in the coming weeks.

Fortunately, they have continued working on adding an offensive lineman. They visited with Seattle’s Russell Okung, as well as Oakland’s Donald Penn, though the latter re-signed with his old club. Andre Smith and Don Barclay are still sitting out there as well. These are starting-caliber tackles in the league who are either injury-prone or getting up in age or both. They are short-term fixes who may not be on the roster for anything past two years, but that is just what New York needs right now.

Signing a viable left tackle like Okung would push sophomore tackle Ereck Flowers back over to the right side. It would also, stated simply, add another starter to a line that really only has three guys at the moment.

Outside of offensive line, NY could use a play-making tight end. The top names like Ladarius Green and Coby Fleener are already off to other teams, but options still remain. Underachieving players like Jared Cook, established veterans like Scott Chandler and upside plays like Tony Moeaki are still awaiting offers. And these are the guys who aren’t going to cost $18 million guaranteed like Fleener received from New Orleans.

The same goes for options at safety, a position New York desperately needs to address. Again, the biggest names have signed elsewhere, but quality options remain, and the prices will be favorable. Reggie Nelson, Dashon Goldson, Louis Delmas and others have all had successful seasons in this league. Now, they are just looking for their next chance.

The linebacker market would be one more for the Giants to scour, but it has dried up pretty quickly. Since the team famously doesn’t use high draft picks on linebackers, this may be the weak spot of the team for another year. Or else, perhaps the waiting game will pay off and the team will acquire a few guys on the cheap as March heads into April, with one hitting a la Jon Beason a couple of years back.

On top of all that, the Giants could probably use another wide receiver. Victor Cruz is not a bankable cure to take coverage off of Odell Beckham.

It is okay for a team’s roster not to be complete in the second half of March. In fact, it is probably preferable. Saying a roster is perfect around this time is assuming too much. Being patient and waiting to fill holes with the right pieces is fine, and most likely much cheaper, but it has to get done. It’s possible for a patient team to wait itself out and miss whatever guy it had been banking on. Then there are no alternatives to turn to except the draft.

This was a bad team last year that overachieved in some respects. The talent level is more evident now as we see how many shortcomings it really had. It’s a shame to say, but $200 million only goes so far. There is still a lot of offseason work left to do.