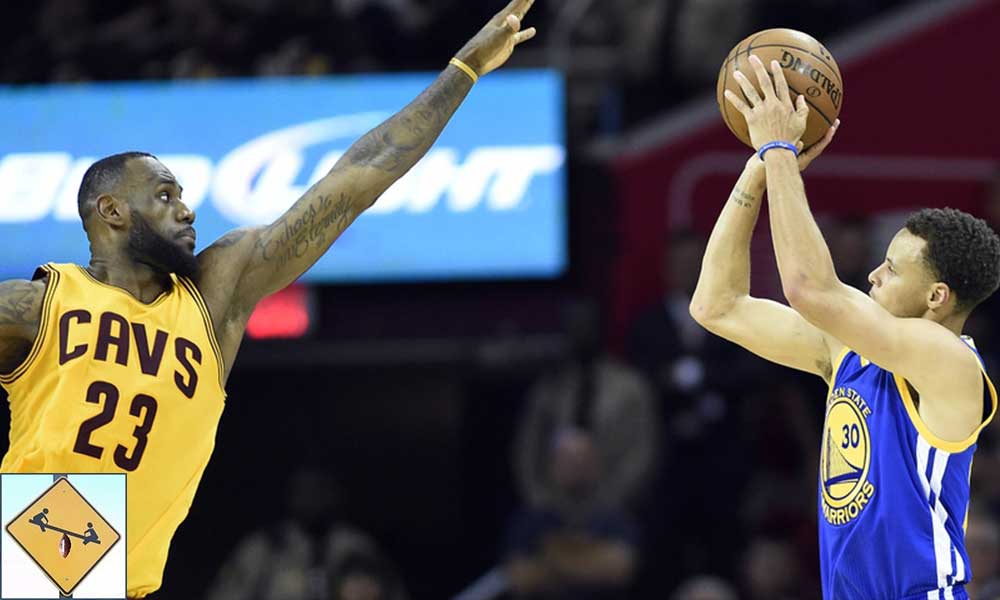 The Golden State Warriors and Cleveland Cavaliers are on UPSET ALERT as the NBA Playoffs 2017 approach. NBA Finals rematch is no guarantee. Who is taking them out?

At the beginning of the 2016-17 NBA regular season, the championship matchup was already decided. We were going to get Cleveland versus Golden State part three. The only thing that could prevent such a rematch was a major injury.

Months later, on the precipice of the NBA Playoffs 2017, both teams had injuries, though neither appeared to suffer anything that will hamper it for the postseason. Nevertheless, that secured matchup has ballooned into a seven-team battle for who will advance to the Finals. The NBA playoff picture is always the most predictable of any of the professional sports, but maybe 2017 will bring some parity.

The main worry is with the Cavaliers. They suffered numerous, random injuries that sucked away their depth. Kevin Love was out for a while; as was J.R. Smith, Kyle Korver, and others. Even though it looks like the team could be at relatively full strength for round one of the playoffs, the lack of depth has taken its toll. The team looks lethargic and slow. LeBron James has played the second-most minutes per game in the league. And Cleveland is in the bottom third in the NBA in defense. None of this bodes well.

What is especially concerning is that the Eastern Conference suddenly has some competitors and challengers to Cleveland’s throne. All of Boston, Washington, and Toronto appear to be viable candidates to win the conference. Boston has even overtaken Cleveland for the conference’s top seed (as of April 3rd).

Do you expect the Cavs to be able to just “turn it on” come game one of the playoffs? Feelings on this seem split. No analysts are comfortable picking against LeBron and the Cavs, yet no one feels good about their play either. It is hard to pinpoint whether this team is biding its time and doesn’t care about full effort right now, or whether it is actually a slow and flawed team. I’m still on the side of the former, but don’t feel great about it.

Out West, the Warriors still rule but not so comfortably. Without Kevin Durant, Golden State has appeared vulnerable at times (though it is currently on an 11-game winning streak). San Antonio and Houston look like real contenders to Golden State if Durant isn’t 100 percent by round two. I could even be talked into Utah making the Western Conference Finals on the back of its elite defense.

All that said, this is still the Warriors’ conference to lose, and Durant IS expected back. This was a long way of getting to the conclusion that this season’s NBA Finals is up in the air, but it will probably still be Cleveland versus Golden State!

I’m putting both the Golden State Warriors and Cleveland Cavaliers on upset alert as the NBA Playoffs 2017 approach. Its official. Both heavy favorites are now extremely vulnerable. Their competition has elevated around them, while both team’s depth is seriously in question. The Cavs and Warriors are still favorites, but a third Finals rematch seems unlikely.

Is it too bold to say that either the Cavs or Warriors will be eliminated from the NBA Playoffs prior to the Finals? Is it too bold to say that neither team is winning the NBA Finals this season? I’m bold as hell and making both statements. The East and West have impressed me this season. Unlike the past two years when no one appeared good enough to win a seven game series against either Golden State or Cleveland, I’m fully on board with one of the following teams taking them down.

Boston, Washington, and Toronto in the Eastern Conference. San Antonio, Houston, and Los Angeles in the Western Conference. My money is on the Celtics taking the Cavs seven games and the Spurs taking the Warriors the distance as well. Right now I’d pick San Antonio to pull off the upset. They are the most complete and under the radar great team in the league.

Cleveland’s poor play makes me worry, but I do expect LeBron to turn it on when the playoffs finally get going. He can’t carry the load forever, but he can do it this season. I think the Cavs escape the Eastern Conference, but the gauntlet will take its toll and lead to an NBA Finals defeat. The competition is simply too much for a team without depth to overcome without repercussions.


Out West, I’m not a believer in Kevin Durant’s healthy return for the playoffs. He will be back, but we saw how long it took Golden State to acclimate to his absence. Readjusting to his return, at less than 100% mind you, will be a struggle for the Warriors in the playoffs. They can beat Houston, Los Angeles, or San Antonio, but they can’t beat two or three of them in a row. We will have a new matchup at the end of the NBA Playoffs 2017 and a new champion, because finally there is some parity across the top of the NBA.