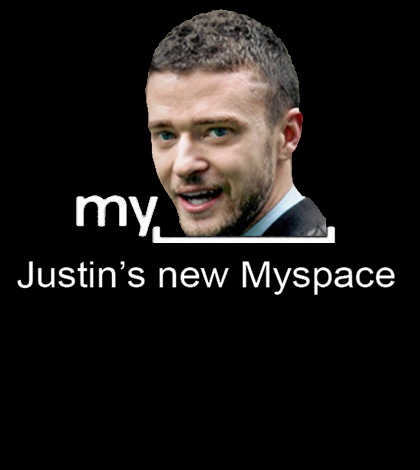 JUSTIN TIMBERLAKE owns Myspace. WTF looks like he took his role in the Social Network very seriously.  So, seriously, he bought effing MYSPACE in 2011.  Ok now I’m sure there are bands or some actors/models still using Myspace with their thousands of friends.

But really let’s be serious. Myspace has sucked for so long that it doesn’t have the mass appeal that Facebook does.

What do I mean by mass appeal?  Your parents and possibly even your grandparents/aunts and uncles are on Facebook.  Do you think they will want to join Myspace?  Myspace doesn’t have the mass appeal that Facebook does.  So what does Justin Timberlake do?  He combines all of the top sites like Pinterest, Facebook, and Mashable and markets a new Myspace.

It is full of imagery similar to Pinterest.  However, if you click through you are taken to a content site.  Here’s our latest article on this celebrity or that celebrity.

Actually, when I see that I think he should just focus on more and more content and drop the joining Myspace bit.  It will be interesting to see how far Justin can take this and how the public will react or use the site.