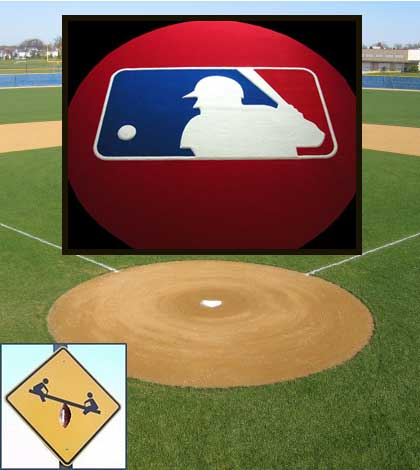 Everyone at BuzzChomp wishes Todd a very happy birthday today!

We have hit June 1st. Having already discussed the league standings and what stood out to us as primed for a change, let’s scour the individual stats. Even 200 at-bats into the year, there are still some fluky things going on at the dish.

The most alarming trend (but alarming in a good way) is the health of some of MLB’s resident injury-prone stars. These guys are used to getting hurt or have been heading that way in recent years, but 2014 has brought them a new lease on life and the stats are following.

Troy Tulowitzki leads baseball in being awesome. A healthy Tulo is an MVP candidate, which is exactly what we’ve seen so far this season. The Rocky shortstop leads baseball in WAR, OPS, OBP, and batting average. Along with the likes of Chase Utley, Albert Pujols, Victor Martinez, Giancarlo Stanton, Ian Kinsler, Nelson Cruz, Jose Bautista, Jacoby Ellsbury and others, guys who haven’t been able to complete full seasons in the past are producing like they might.

But again, it’s only June 1st. I could see a downward trend starting for most, if not all of these guys once they start to get nicked up. It’s sad, but it’s true.

On the other side of the spectrum, we have seen some no-name guys step up and look like they might want to be stars in this league.

Seth Smith has a higher OPS than Edwin Encarnacion and Miguel Cabrera, two of the best and hottest hitters in the majors. But he isn’t the only surprise outfielder making waves this season. A.J. Pollock (before breaking his wrist Saturday), Charlie Blackmon and Michael Brantley have all been All-Star caliber players early on. It just proves how early we still are in this season. No one in their right mind would say Smith is a better player than Cabrera.

And then there’s Atlanta Braves’ third baseman Chris Johnson. According to ESPN’s WAR, Johnson has been the most worthless hitter in baseball. He alone has already cost Atlanta more than one win in just one-third of the season. For those who might not recall, Johnson finished second in the NL last season for the batting title.

I want to know what you think of the way some of these guys are trending and also hear what you found as weird, but let me just mention Dee Gordon first. Gordon has stolen 34 bases already this season. That is more than 18 TEAMS have total. And he’s only been caught three times. Take that efficiency Ricky Henderson!

I’m definitely impressed with Troy Tulowitzki who is slowly becoming a household name, despite the fact he plays in Colorado. Put him on the Mets or the Dodgers and even non baseball fans would know him. I see him maintaining his production, but his statistical dominance won’t last. Troy is currently first in the NL in batting average and second in home runs. He’ll finish top five, but won’t be number one.

You know who will finish first in at least one NL category, a young man you managed to completely ignore. Is Yasiel Puig so great that you already expect him to dominate and therefore write off the fact he is 2nd in the NL in batting average, barely behind Tulowitski, and 2nd in RBIs. Puig doesn’t even have a full season under his belt and is showing the kind of consistency that wins multiple MVPs. He was a huge story last season, but should be a bigger one this year. When the Dodgers finally pull ahead in the NL West, it will be because of Puig.

I also have to point out that although Troy and Yasiel are huge bright spots in the NL, both of their teams are way behind in the standings. A similar story is happening in Baltimore. Nelson Cruz is on fire, leading the AL in RBIs and Home Runs. But the Orioles are barely above .500 and find themselves treading water in an average division. Sorry Nelson, but your dominance is a fluke and your team’s poor performance is not.

The obvious flip side is Edwin Encarnacion of the Toronto Blue Jays. He’s second in RBIs and Home Runs, behind Cruz in both categories. His team however, finds itself in first place. I believe Edwin will continue to crush the ball, while the Blue Jays will falter a bit.

One final AL note is Victor Martinez. I would have sworn he retired, yet he’s still playing and leads the AL in batting average. It surely helps that he’s on the Tigers, but damn if he isn’t proving father time wrong. At 35 years old Victor will be lucky to be hitting .335 at the end of July.