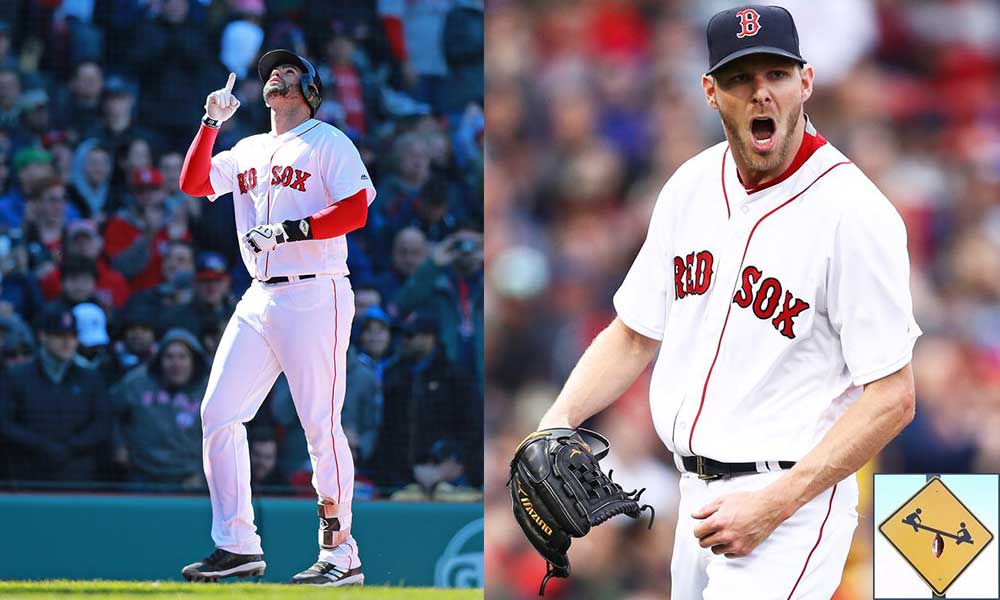 Among the litany of photo finishes in Major League Baseball, there are some slam dunk winners of the season awards and divisions. The MLB Season 2018 is unlike any other, as dominance meets parity.

With less than five weeks remaining in the MLB season 2018, the playoffs and award season are fast approaching. Are we able to confidently check off any certainties from these, even this far out from the finish?

That leaves a few things that are already wrapped up. Let me know if you agree with these settled categories, or if you want to call any other races complete. We can address the rest in September.

The AL East goes to the Red Sox. The AL Central goes to the Indians. Boston is too good to lose that lead, and the rest of the Central is too bad for Cleveland to lose its. For most of the year, it looked like Houston was the final piece of a definitive trio of division winners, but the Oakland A’s keep pushing them and won’t go away. Thus, only two divisions can be called at this point.

With the injury to Trevor Bauer, I’m calling the AL Cy Young race for Chris Sale. Assuming he returns in September and Bauer doesn’t, Sale will finish among the top few in his league in WAR, ERA, WHIP, strikeouts, and wins. Justin Verlander is the logical second-place finisher at this juncture, but the only edge he’ll have is innings pitched.

I also think the NL Cy Young belongs to Max Scherzer. Jacob deGrom and Aaron Nola are his only competition, but I don’t see either one pushing past Scherzer for any reason unless he finishes with a flurry of bad starts. DeGrom is way behind in strikeouts and wins. Nola is even farther behind in strikeouts and name recognition/cache. With all three having comparable rate stats, Scherzer feels head and shoulders above his peers.

With apologies to Bob Melvin, AL Manager of the Year is a wrap for Alex Cora. Cora blends the combination of dominant season with a multitude of wins being somewhat unexpected. Expected excellence doesn’t get rewarded like unexpected excellence does. Boston was supposed to be good, but not this good, and we always heap that improvement at the feet of the manager.

The MLB Season 2018 is heading towards a dramatic conclusion, but a few more of the races are actually wrapped up already. Set the majority of the playoff spots aside, because they will come down to the final week of games. I’m willing to eliminate the Washington Nationals in the NL, but every spot is up for grabs and eight teams are within three games of the five spots. The AL is more secure and you are right about the Red Sox and Indians. Yet we can take their dominance a step further.

The AL MVP is J.D. Martinez’s award to lose. He’s currently first in RBIs, second in home runs, second in batting average, first in slugging percentage, and first in hits. Martinez basically leads in every major batting category, so I don’t care that he doesn’t contribute on defense. His teammate Mookie Betts is also great, but Martinez has pushed the Red Sox over the top this season. He is in the driver’s seat for AL MVP.

AL Rookie of the Year is pretty much Miguel Andujar’s to lose as well. He’s far and away ahead of his competition, currently carrying the Yankees towards a playoff spot. The real question is whether he stays ahead of the only player to both hit and pitch. Shohei Ohtani has exceeded expectations at the plate and was dominating on the mound prior to getting injured. Giving the award to Ohtani makes sense, except that he’s not been as good as Andujar. This race remains interesting.

The NL Manager of the Year will go to the winner of the NL East. Both the Phillies and Braves have come out of nowhere this season, meaning a division title will earn their manager the award. I’m not sold on Sale as AL Cy Young winner, only because he’s behind Corey Kluber and Louis Severino in wins. Considering he’s unlikely to get more than one or two more victories, he’ll finish way behind both players. Wins are the major barometer for Cy Young in my opinion, meaning Sale is going to struggle to win the award, unless he returns from the DL quickly.


I can’t wait to see how the MLB Season 2018 comes to a close! It’s very exciting and oh so close for so many teams and players. At least some things remain true. Both the Red Sox and Yankees will be in the postseason.