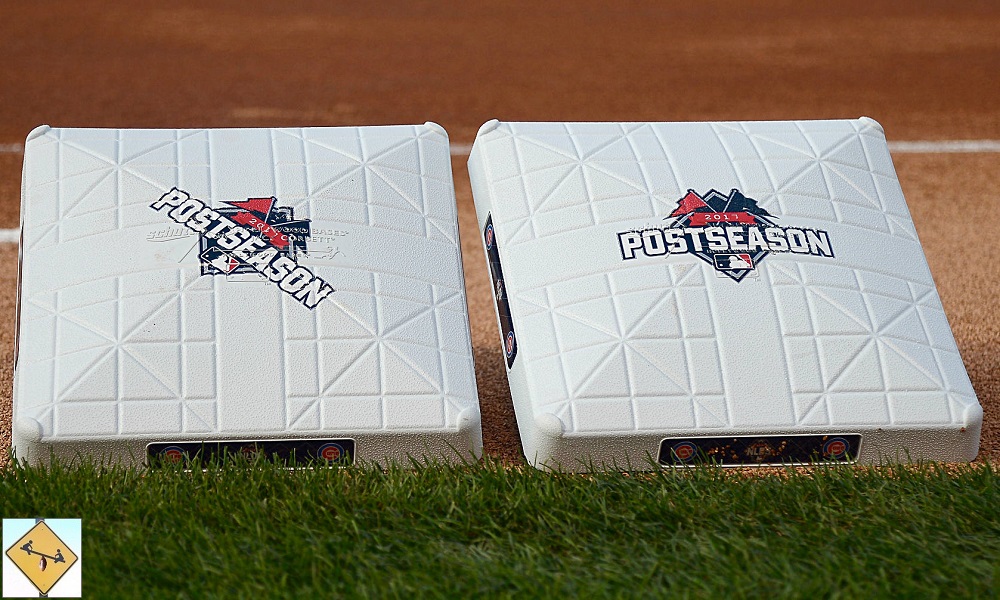 The MLB Playoffs 2017 are once again full of chalk, with seven of the ten teams largely locked in. However, there are three MAJOR exceptions to round out the playoffs. This is sports debate.

With perhaps only one exception, the teams we thought would win the six divisions in MLB last year did indeed do just that. Heading into the 2017 season, I find it hard to quibble with more than one team yet again. Finding our playoff teams should be pretty simple! This looks like another year of have and have-nots, at least in terms of the tops of each league.

I am going to make a large assumption here, since this is more than half of the slate for the MLB playoffs 2017. But is it fair to say that we both expect all of the following teams to make the baseball postseason? If not, correct me coolly and quickly. I doubt you will.

Boston Red Sox, Cleveland Indians, Texas Rangers, Houston Astros, Washington Nationals, Chicago Cubs, and Los Angeles Dodgers. Those seven teams are in the playoffs for me and, I assume, for you as well. The only one I have some question on is Texas because of how overly lucky it was last year. But the Rangers were lucky to win 95 games; that doesn’t mean they’ll lose 10 games in the standings suddenly. And I know you are higher on them than me.

So that’s seven squads, meaning there are three playoff teams remaining: one in the AL and two wildcard teams in the NL. Finding these teams is going to be the ultimate question of the season.

I’m not as high on the Seattle Mariners as some projection systems. Seattle was actually expected to finish first in the AL West last year, based on Baseball Prospectus’ 3rd-order winning percentage, which attempts to remove and normalize luck barriers. Your poor Rangers “should” have gone 79-83. Yikes! Obviously, saying they should have won 79 games means nothing since, you know, they didn’t. But it speaks to what we could expect in terms of regression. Nevertheless, that was a long way of saying I don’t foresee the Seattle turnaround anyway.

To me, the AL’s final playoff spot goes to the Detroit Tigers. They have a lot riding on players over 30, but I don’t see an immediate decline for all of these guys. For example, just because Ian Kinsler and Justin Verlander are 34 doesn’t mean they will immediately fail this year. Age is often a gradual decline, and this team should still be good in 2017.

In the National League, with two wildcard spots to fill, I am having more difficulty. What separates the New York Mets, St. Louis Cardinals, Pittsburgh Pirates, and San Francisco Giants? I feel like we have this problem every year.

New York is my first team. Everyone expected the starting pitching to dominate last year. Maybe it will be a post-hype sleeper this year and run through the league now that everyone has moved on to newer and more exciting things. It certainly feels like the unit with the highest ceiling from any of these wildcard contenders. My final playoff team is San Francisco for the same reason. The Giants’ starting pitching could be peerless if Jeff Samardzija settles into his new home.

You’ve made a fair and accurate assumption. There are seven locked-in playoff teams in 2017, with three spots completely up for grabs. Boston, Cleveland, Texas, and Houston are near locks in the American League. Yet I don’t believe the Tigers will be the final AL wildcard team. Washington, Chicago, and Los Angeles are our National League division winners. Yet I’m not quite as torn up about the final two postseason spots and our NL wildcard teams.

The final AL playoff team will be coming out of the American League East. Detroit will be as good as you suggested, yet they fall a game or two shy of our AL East representative. While I want this team to be our New York Yankees, they need everything to fall exactly right for it to happen this season. I believe New York finishes with a winning record, but I’m not picking them to sneak into the postseason. I like the Baltimore Orioles to reach the MLB Playoffs 2017. The Orioles keep playing better than pundits expect, meaning that one of these seasons they actually deserve inflated expectations and follow through on them. This is their season. As the Blue Jays take a step back in the standings, Baltimore moves a few games forward, enough to put them into October.

I’m not particularly conflicted about the NL wildcard teams this season. The New York Mets are in, as are the St. Louis Cardinals. I understand why you like the Giants, and personally I’d love to see the Pirates truly get over the hump and into the postseason. But in 2017 its the Mets and Cardinals rounding out the National League.

As you noted, the Mets have a pitching staff itching to dominate. Holding off father time could be a challenge for their everyday lineup, but New York’s pitching is more than equipped to push them past the dregs of the NL and into the playoffs. The Cardinals also seem like an easy choice, because St. Louis always manages to find itself a postseason berth season after season. The team is consistently a game or two ahead of Pittsburgh, challenging for the division even with the Cubs so dominant. I believe San Francisco is in for a step back, meaning there is little other competition to be had.

More BuzzChomp: Superhero Movies Aren’t What They Used To Be