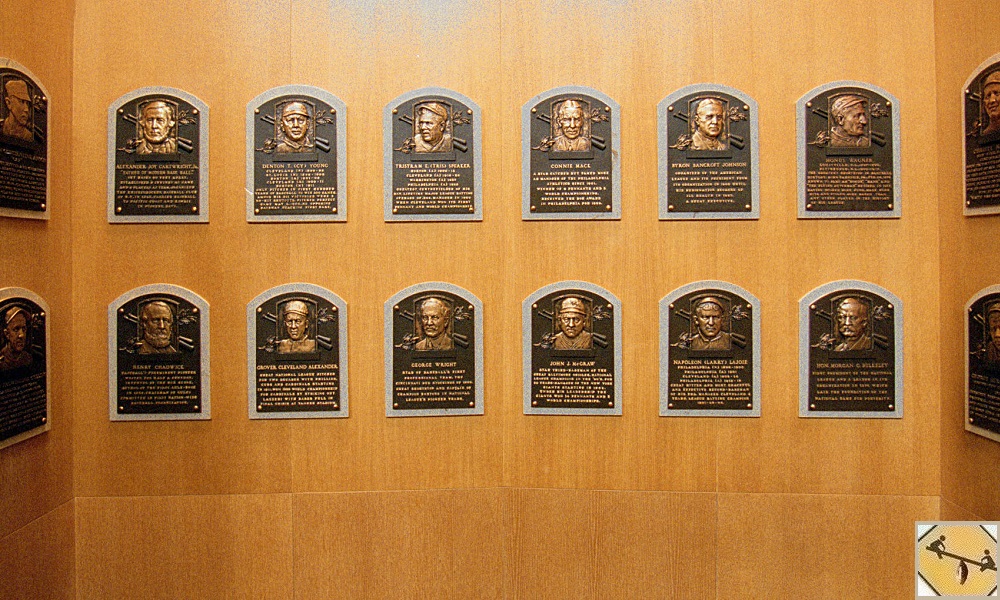 The MLB Hall of Fame Class 2017 is great, but breaking down the vote reveals a new era in baseball. Is a big hall of fame class on the horizon?

The votes are in, and we have the 2017 class of the MLB Hall of Fame. The class is made up of three people: Jeff Bagwell, Tim Raines, and Ivan Rodriguez. It is a perfectly deserving group but seems to be lacking something. That something is a large group of other deserving names.

However, despite the absence of some guys who surely belong in the Hall of Fame, the 2017 ballot reveals details of far more importance. It is obvious now that the voting system and vote usage are improving exponentially.

ALSO ON BUZZCHOMP: Geno Auriemma the Greatest Basketball Coach Ever?

For one, there are barely any wasted votes anymore. In the past, it seemed that everyone received at least a couple of votes because so-and-so writer loved a guy’s mustache, or was his dad’s neighbor growing up, or something equally as stupid. This year, only four players received undeserving votes, and those votes only totaled eight. Out of nearly 4,500 total votes submitted, only eight seem stupid. That’s called progress!

In fact, the voting was almost too efficient. The 2017 class is left with zero hangers-on. Not even Jorge Posada made the five percent cut to remain on next year’s ballot. He was not a Hall of Fame player, but he had a good enough career to linger for a few years and receive between five and 10 percent. No longer. People could not afford to give Posada any of their spots. With 3.8 percent, he gone.

We are also losing prejudices against closers and designated hitters. Trevor Hoffman is going to make it in 2018; he was just one percentage point shy this year. Edgar Martinez might as well.

All these things show maturation from the baseball writers, perhaps as the older members are phased out and the more aware and active writers take over as the majority. This seems like a great sign for the Hall moving forward. What’s a bad sign is that next year’s class is loaded, with no-brainers (Chipper Jones, Jim Thome), maybes (Scott Rolen, Omar Vizquel), and other questionable players. Most voters won’t have room to put in all the guys they want to. Better luck in 2019 Mike Mussina.

I’m disappointed that Jorge Posada was knocked off the ballot, yet I’m thrilled with the inductees and progress made with voting in general. All three men entering the Hall of Fame earned entry. There is no argument to be made otherwise and I never felt that anything was gained by making obvious Hall of Fame players wait a year. Going in on the first ballot makes sense if you earned it. Pudge Rodriguez earned it.

What stands out to me are the number of players who won’t appear on next year’s ballot. Seventeen men failed to qualify, and for sixteen of them, it was their first year of eligibility. Now I’m not about to argue that any of them are worthy of the hall, but it seems shocking that ALL of them will be off next year. I suppose you call that progress, but here are several players I thought would stick around for a few years: Jorge Posada, Jason Varitek, Edgar Renteria, and Magglio Ordonez. Even Sammy Sosa nearly fell short of the 5% threshold, only getting 8% of the vote. Then there is Jeff Kent, who must be getting the cold shoulder for being overwhelmingly disliked.

Kent feels like a Hall of Fame player. He absolutely dominated his position, yet only garnered 16.7% of the vote this year. He is not going to make the Hall of Fame at this rate and personally I’m surprised. The flip side is the top ten of vote getters, who all likely make it in the near future. The top three made it this year, but the following seven names feel like eventual locks for admittance into the hall: Hoffman, Guerrero, Edgar Martinez, Roger Clemens, Barry Bonds, Mussina, and Curt Schilling. Only Schilling fell shy of 50% of the vote, putting him firmly in the grey area going forward. I think he eventually makes the cut.


We are going to have a year rather soon with five or six inductees, right? Don’t we have to? As you noted, several Hall of Fame locks join next year’s ballot. But if the voting trend continues, its conceivable that nearly everyone votes for the same ten players deserving of the honor. I’m betting on 2019 as the year when we have six inductees. The tide has turned and the backlog of talent is slowly being allowed past the velvet rope.