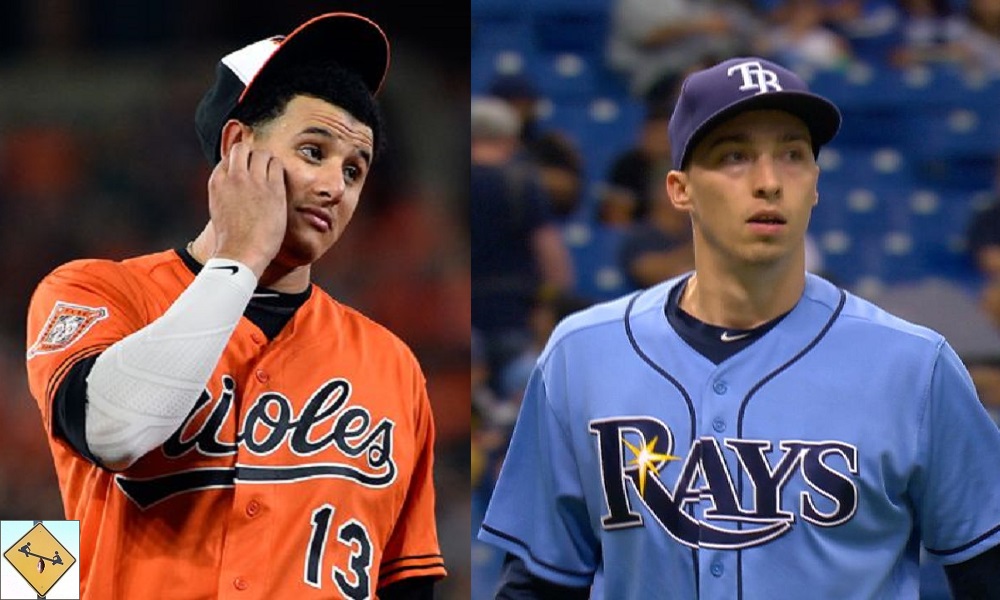 What transpired to keep Blake Snell out of the MLB All-Star Game 2018? If Manny Machado is traded, will the Orioles get a new All-star? So many stories you never thought possible!

You were not granted your desire to see either Shohei Ohtani or Max Muncy on the MLB All-Star Game 2018 rosters. Thanks to too few games played, Ohtani is not in consideration for the final spot fan vote either, though Muncy is in the National League. I didn’t expect Ohtani to make the cut even if he is the most exciting player in the sport. I also wasn’t expecting Gleyber Torres to make the team because his late start and current injury have limited him to 218 at-bats. Yet Torres did indeed make the AL squad as a reserve. He didn’t technically make the team over the game’s biggest snub, but it is interesting to walk through the steps that led to Tampa Bay Rays starter Blake Snell being left off the team.

Snell currently leads the AL in ERA. He has been super good and deserving of making the team. But as we outlined last week, the top four starters in the AL are pretty unimpeachable. Snell is not getting in over Luis Severino, Chris Sale, Justin Verlander, or Corey Kluber. That left one starting pitching spot in the players’ vote, and they chose Gerrit Cole, an awfully deserving player in his own right who ranks third in the league in strikeouts and sports a WHIP under 1.00. That meant Snell’s only chance to get in was after the league automatically assigned roster spots to teams left without a representative. None of those players are more deserving than Snell. All of them are less deserving than Snell. It didn’t matter, but this is where some wiggle room develops.

The league put J.A. Happ in the All-Star game as Toronto’s lone representative. What if it had chosen your first base option, Justin Smoak, instead? That would have removed a batter from the roster but opened a pitching spot for Snell. What if Matt Olson was put in for the Athletics instead of pitcher Blake Treinen? Treinen has been admittedly better than Olson this year, but he hasn’t been better than Snell. These were the only chances Snell really had since the very final pitching spot went to Trevor Bauer, who has also been excellent. Prior to roster release, I listed 10 American League starting pitchers who have been stellar this season. Only six of them made the roster because of these things that kept Snell out. He was the biggest snub, but just one of four guys with a real beef.

Do you have an issue with the way the All-Star rosters are made? Back when the game’s outcome counted for something of import, I was vehemently against including members of every franchise. If each league is playing to win, why artificially deflate the talent of the rosters? It was inane. But now? I have no issue with it. I don’t mind including one player from every organization. Detroit fans probably aren’t watching the MLB All-Star game 2018 just to see Joe Jimenez pitch – let’s be real. But it’s still a nice thing to have a Tiger involved somehow.

Of more interest would be what happens when Manny Machado gets traded from the Baltimore Orioles. As the Orioles’ lone representative, if he is taken off the Baltimore roster prior to the game, do the O’s get a late addition to the roster?? And how cruelly funny could that twist become? Imagine if Machado gets dealt away, and MLB selects Dylan Bundy (an adequate pitcher from a team with no deserving non-Machado All-Stars to be seen, even if you squint a lot) to represent Baltimore and to replace Justin Verlander, who will be removed from participation because he is pitching the Sunday prior to the contest. But Bundy is added as an AL pitcher instead of…Blake Snell!

This would be the biggest All-Star snub story of our lifetimes, mainly because these sort of things normally don’t matter in the least. But 2018 would supply a confluence of factors that wouldn’t seem possible:

1) the position of AL starting pitching is overly loaded
2) a number of teams who will only get one All-Star have no deserving position players to even consider, thus taking up vital pitching slots
3) one of those few position players from a one-star team gets traded away and needs to be replaced by a pitcher because no other hitter on the team is even league-average
4) Blake Snell stews and vows revenge

I don’t even know if MLB would need to replace Machado in such a scenario; we can dream though.

This is a perplexing problem in a unique scenario that is hard to conjure up if it wasn’t real life. Snell should play in the MLB All-star Game 2018, but he needs some equally unlikely luck to make it happen now. Verlander is going to pass, because he’s pitching the day prior. This might not be enough to get Snell on the team, but if one more pitcher also passes because of rest or injury, then MAYBE Snell gets what he has earned!

I have no issue with every MLB team getting an All-star representative. Doing so waters down the honor and prevents players like Snell who have been performing like real All-stars from actually receiving the honor. But sports are not fair and I have no problem with one guy from every team being included. Every baseball team has at least one player who is playing pretty well and it’s not always easy to excel on a bad team. You don’t get to pick your teammates in most cases, so honoring someone/anyone from every club has its value. Snell was that guy for Tampa Bay.

MORE BUZZCHOMP: 5 Tips For Running in the Heat

What bothers me is the notion that an All-star roster must consist of a certain number of position players and pitchers. It’s easy to have two or three flex spots on the roster, reserved for a player like Snell who should be representing Tampa Bay, but isn’t because all the pitching spots were taken already. This is stupid! Not every player even makes it into the game, so why put restrictions upon the roster. It’s already bloated, so turning one position player and one pitcher into a FLEX is straight forward enough. Then we don’t have MAJOR snubs like the MLB All-star Game 2018 is dealing with.

It’s not completely clear to me how the players involved in the “Final Vote” by the fans is determined. Why is Snell not eligible? Will Machado get traded prior to the game and if so, does Baltimore HAVE to have a player? Adding anyone from the Orioles means the AL gets an extra player on their roster. Who will the NL add to even things off? Why not just add two players each and make Snell one of them for the AL? The whole thing is an exhibition that is supposed to be fun. That means the rules are fluid, so break them!

As an aside, it appears Max Muncy will be in the Home Run Derby as I requested. Thank you for listening!

The positional requirements are pretty screwy. It’s actually just that thing that kept Snell out of the Final Vote. Each roster “needs” one more position player, thus the Final Vote is for position players only. As for the fluid Machado situation, if I had to guess, I would say that if he gets traded to a different AL team, he stays on the roster, and Baltimore is simply left without an All-Star of any kind. If, however, Machado goes to the NL, he is then removed from the AL All-Star team and replaced by a new Oriole.


Machado would then be in some kind of baseball limbo, probably left out of the game entirely, since he didn’t “earn” a bid in the National League. I’m sure MLB would let him show up and enjoy the festivities and keep his berth in the game for his career records, but he would not be allowed to play for either league. Talk about a memorable MLB All-Star Game 2018!