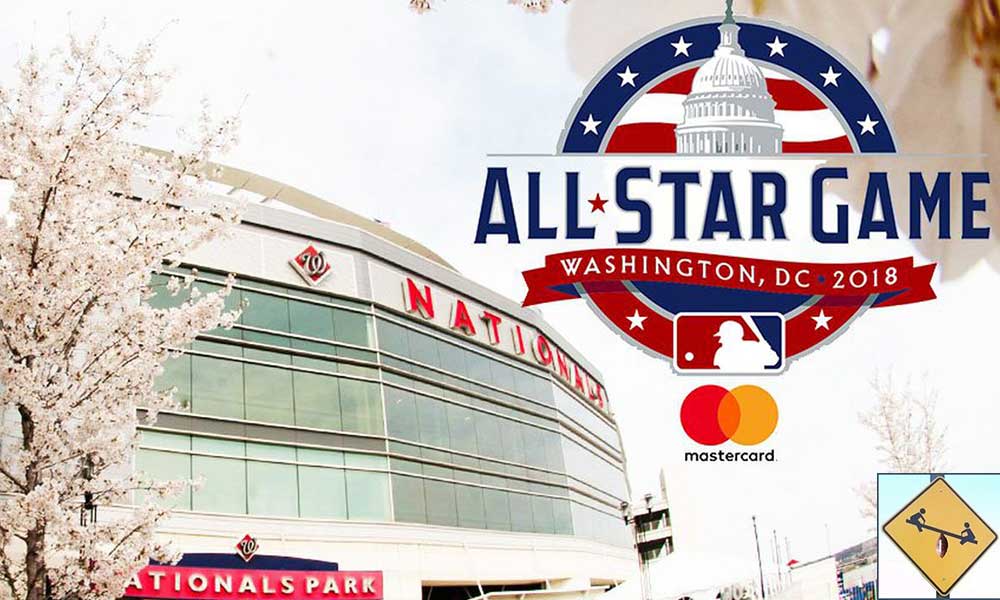 Several are a lock, but its a real crapshoot at multiple positions across both MLB All-Star game 2018 lineups. Who’s the best NL first baseman? What about AL starting pitcher? Someone great will be left out.

The MLB All-Star game 2018 lineups will be revealed Sunday night for the game July 17. Looking through the player pools for this season, a few things jump out at me. American League first basemen really stink. Yuli Gurriel is the only qualified player at the spot hitting over .265, and none of them have even an .800 OPS. On the other hand, second base, shortstop, third base, designated hitter, and all three outfield spots in the AL are pretty much a wrap, with one player head and shoulders above his peers.

AL starting pitcher is one of the deepest and contentious position battles we have. Luis Severino, Chris Sale, Justin Verlander, and Corey Kluber have all been amazing. But so have Blake Snell, Gerrit Cole, Trevor Bauer, James Paxton, Charlie Morton, and Mike freaking Clevinger. Relief pitcher gets deeper and deeper each season with stud performers simply because the sample size and opportunity seems to grow each year. That means starting pitching is supposed to go in the other direction. Admittedly, none of these guys have even thrown 130 innings well over halfway through the 162-game slate. But that isn’t what is asked of them anymore. Instead, they are dominating with the innings they are being given.

In the National League, first base is deep as all get out, and that’s with Anthony Rizzo not even in the conversation. Who would you take among Freddie Freeman, Joey Votto, Paul Goldschmidt, Brandon Belt, Max Muncy (in just 64 games) and Matt Carpenter? All six guys have accumulated at least 2.7 WAR in half a year. Only seven players at that spot topped that mark through the entirety of last season! Freeman would be my pick, but I wouldn’t quibble with another choice. The interesting thing will be to see which of these guys get left off the roster entirely. Thanks to positional fluidity (and a gifted DH for the NL), it may be none of them. But that will take some work.

All six qualified third basemen in the NL have been really good! It’s pretty much just a random quirk, but it will mean the likes of Kris Bryant and Anthony Rendon get left home. In the outfield, Matt Kemp and Nick Markakis are going to make the team. This is surprising because, for one thing, this isn’t 2009. For another, Markakis will lose his mantle as the best player to never make an All-Star team or receive a single MVP vote. He is apparently the only player since WWII to have 2,000 career hits, 400 doubles, 1,000 runs scored and zero All-Star appearances.

The rest of the NL outfield is not fun. Bryce Harper will make the team, but he’s been pretty bad. Charlie Blackmon has been bad once accounting for his home park. Yasiel Puig has been fine but no better. Starling Marte and Tommy Pham were really good and then really bad. Marcell Ozuna has been bad. These are some of the guys who have controlled the position the past few years, all failing to generate value in 2018.

At pitcher, we have a similar issue. Though Max Scherzer and Jacob deGrom are still here to represent, a lot of other names we have become used to seeing aren’t going to make the team. No Clayton Kershaw, Stephen Strasburg, Noah Syndergaard, Johnny Cueto, or Madison Bumgarner. All those absences are due to lack of playing time stemming from injury, but the outcome is the same. We obviously don’t know the actual rosters yet, but it feels like the AL is going to have a major advantage here. Its starting pitching is just so much deeper. Of course, the NL bullpen could and will be loaded. Maybe the reserves are filled with relievers instead. In that case, good luck. Just look at the numbers from some of the best relievers.

As a side note, if you need a clue as to why the Milwaukee Brewers are in first place, just look at their bullpen, soon to be a duplicate of the NL bullpen in the All-Star game. Josh Hader and Jeremy Jeffress are two of the 30 most valuable pitchers in the sport, regardless of league, and neither has started a single game. And neither is the team’s primary closer. Oh, by the way, Milwaukee closer Corey Knebel has a 0.97 WHIP and strikes out more than 14 batters per nine innings. Hader and Jeffress, along with Adam Ottavino, Tony Watson, Kirby Yates, Archie Bradley, etc., prove these guys in the NL don’t need to even close games to be the scariest relievers in the league. That should become a talking point of the MLB All-Star game 2018 as well.

I’m a big Freddie Freeman fan and he currently leads all NL first baseman in batting average and OPS. Considering how dominating his Braves have been, when no one thought they’d be competitive, I’d love to see Freeman get the nod as the NL starter. Yet Max Muncy would be a fun choice as well. Perhaps I’m biased being from Los Angeles, but Muncy has truly played great in his short stint in the major leagues thus far. I expect at least three of the top NL first basemen to make the NL All-star team, but the final MLB All-star Game 2018 roster for the National League won’t be so straightforward.

The NL has issues across many of its remaining positions, making their chances of keeping the actual game competitive rather low. Pitching must be utilized in a manner suited to the National League’s strength, meaning an early call to the bullpen so that the dominant AL bats are challenged at the plate. It’s great that Markakis will finally make an All-star game, but he does not illicit fear in opposing pitchers. This is the dominant theme of the NL lineup. The lineup is certainly very good, but who do you actually need to pitch around?

Counterparts in the American League are currently on a silly level of dominating their respective positions. The MLB All-star Game 2018 is going to be special because there are so many tremendous players to watch. Who cares if most of them are all on one team? As an AL fan this does not bother me. What does bother me is the state of AL first baseman. Smoak is the likely choice over Gurriel because every team gets an All-star and the Blue Jays don’t have many other options. Houston has quite a few, making Gurriel a potential casualty of the starting lineup.

What’s fun about the MLB All-star game 2018 is that our perfect home run derby lineup is actually going to play together in the All-star game minus one player who could potentially steal the fan vote. Shohei Ohtani was great in April, but missed a significant amount of time. Since he does not have a position on the field, only as a designated hitter, he’s unlikely to garner a starting spot. But I expect Ohtani to be an All-star. Baseball must include him on the fan vote if he is not chosen to the team initially. Then we get Ohtani, Trout, Judge, Stanton and Betts all in the same lineup!