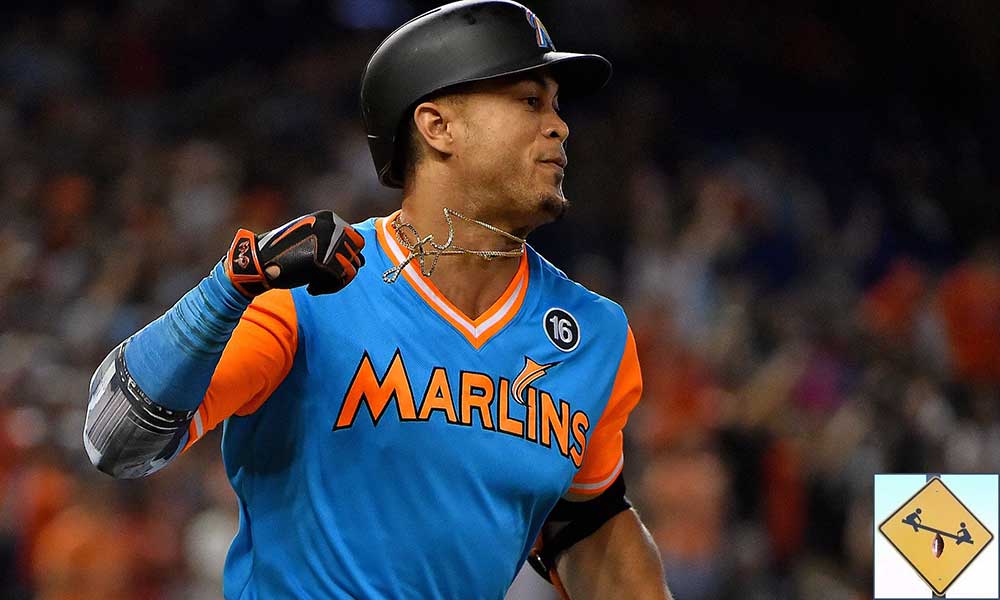 The Miami Marlins are having a fire sale of epic proportions. Is this a brilliant plan to rebuild, or a foolish nod to the Astros? Tanking works, but not like this.

Outside of the Shohei Ohtani signing, the other MLB news of the early winter meetings has been what the Miami Marlins are doing to their roster. The most notable player to be shipped out of town was MVP Giancarlo Stanton, but Miami also traded away Dee Gordon and Marcell Ozuna for nickels on the dollar in a pure and simple strategy to trim payroll. It may not be done either, as other quality bats like J.T. Realmuto and Christian Yelich have tons of value outside of Miami. Teams are benefiting all across the league from this fire sale that makes little baseball sense. The Marlins are shipping very good to great players to other teams for little more than the money relief.

The most obvious example of this is what New York gave up to acquire the current NL MVP Stanton. The Yankees traded Starlin Castro and two mid-tier prospects for the best player in the National League. It was amazing when it happened and continues to be today, even after seeing the other moves Miami has agreed to. The Marlins’ old owners were ridiculed endlessly for their propensity to tear down winning teams. What the new owners are doing seems worse though. This was a building club, but instead of adding to it, new ownership immediately tore it down for the money. It isn’t even getting quality pieces back. It’s like what the Philadelphia 76ers did during The Process but if Philly decided not to use any of its draft picks. Shedding salary isn’t bad on its own. The White Sox tore their team down these past two years. But Chicago acquired a number of high-quality prospects that are building a future roster. Miami did none of that.

On the Yankees side of things, getting Stanton for this price is amazing. They didn’t even seem to be in the running for the big hitter, mainly because a righty-hitting right fielder is not an area of need at all for this team. But the price was too good to pass up. And as numerous outlets have pointed out after the deal was announced, the Stanton contract is lofty, but it won’t look bad in 12 more months when the likes of Bryce Harper and Manny Machado hit free agency. If Stanton stays healthy, it will be a fine deal monetarily. Which brings us back to the Marlins. They are cutting costs at all costs, trying to burrow down to the lowest payroll in the league. This will help the new owners get out of debt after their purchase but only in the flimsiest of ways. The team will not draw ANY fans this season. If you thought the Marlins drew poorly with some of the best hitters in the sport, just wait until they trot out a team led by Justin Bour and Jose Urena. It will be hard to generate revenue when no one pays to see the club. This situation is already ugly, and we still have four months before the repercussions of these decisions are seen visually.

You are forgetting the guaranteed revenue stream that ALL teams in baseball get a share of each season. MLB teams all split profits from the revenue sharing pool. This is how the Houston Astros were the most profitable team during their tanking years. They spent so little money that the guaranteed income from the league made them extremely profitable and literally the most profitable team in history in 2013. A strategy of bottomed out spending, coupled with guaranteed revenue sharing profits, makes any income from fans and attendance a moot point.

There is one significant difference between what Houston did and what Miami is currently doing. The Astros were developing a young core and drafted some amazing players, including this season’s AL MVP. The Marlins do not appear to be doing this at all. Instead of acquiring the best package of prospects for the NL MVP and their other top level players, Miami seemingly took the first decent offer available. It’s almost as if they NEEDED to shed as much payroll as possible before December 31st. The team could not wait. It had to make these moves now. Asking why is logical, but we have no clue as to a possible answer.

I love to play devil’s advocate and the flip side is not as bleak. Starlin Castro is an excellent player and a savvy veteran who will certainly provide leadership in Miami. The Marlins no longer have bloated, long term contracts on their books. Do we think the team wants to move to a new city? Perhaps the new owners plan to flip the team and re-sell it once they are profitable in a year. Something is fishy, pun intended.

Miami played out this narrative in the past and it led to a World Series title. Or rather, they sold the farm after winning the World Series. We know tanking works in baseball. Houston just proved it. Perhaps the Marlins are taking their own approach to a disturbing trend of choosing futility with the hope of striking gold. This seems foolish, unless it works. Even the Philadelphia 76ers ‘Process’ in the NBA seems to be working, although its architects did not survive to see the light. I HATE losing now to win later, but its a solid big-picture strategy for ownership to take. Not everyone can operate like the New York Yankees.