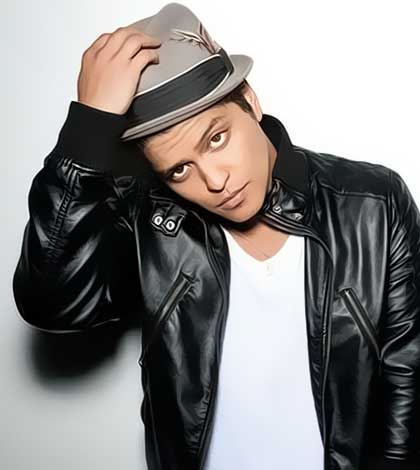 I am not a fan of Bruno Mars. I do not own any of his music and I know nothing about him personally. But,…

I am not a fan of Bruno Mars. I do not own any of his music and I know nothing about him personally. But, I must say I am completely obsessed with this song! I think all the hits he’s gotten on you-tube are mine. No joke!

This song has so many things to love. First and most obvious, Mr. Mars pays homage to Sting and The Police. Some folks will say he stole the sound but I tend to lean towards ‘tribute’ rather than ‘rip-off’. It has an unstoppable groove that no matter what kind of a day you’ve had, just one-flip-of-the-switch, and you’re immediately using your steering wheel as a drum set (or is this just me?).

The song has fantastic production value; from the aforementioned guitar riff and classic drum sound reminiscent of the early 80’s, to the funky-percussive inserts and guttural vocal stabs throughout the track. Speaking of Sting and The Police, Australian singer and multi-instrumentalist Gotye, took a stab-at recreating the famous sound of The Police, last year with the song “Somebody that I used to Know”, but his track was too thin and laid-back to have the same effect as Bruno’s piece above.

The video for “Locked out of Heaven” is also quite unique. You can use 3D glasses to enjoy the video in its on-line format, but I enjoy watching-it (and believing) the grainy-stop-action-retro look is really what was intended.

Bruno Mars, for those who are new to his talent (like me), has such a diverse sound and various ways he expresses himself musically–from track to track–that I’m not really sure he even knows what type of artist he wants to be; an R&B artist, hard-rocker, balladeer, reggae pusher, maybe Prince, or possibly Michael Jackson? He definitely has the ability to fulfill them all! (I know, I know, I said I wasn’t a fan…but season’s change ya know).

And what’s even more you ask? Peter Gene Hernandez has had the pleasure of topping the charts behind the scenes as well. He’s written, produced and added his vocal talent to some of today’s most popular songs ranging from artists like Cee-Lo Green, to Flo Rida, Ke$ha and more!

So, love him or hate him, “Locked out of Heaven” is truly worth the 99cents! Grab it (below), add it to your playlist and hold-on to your steering wheel!