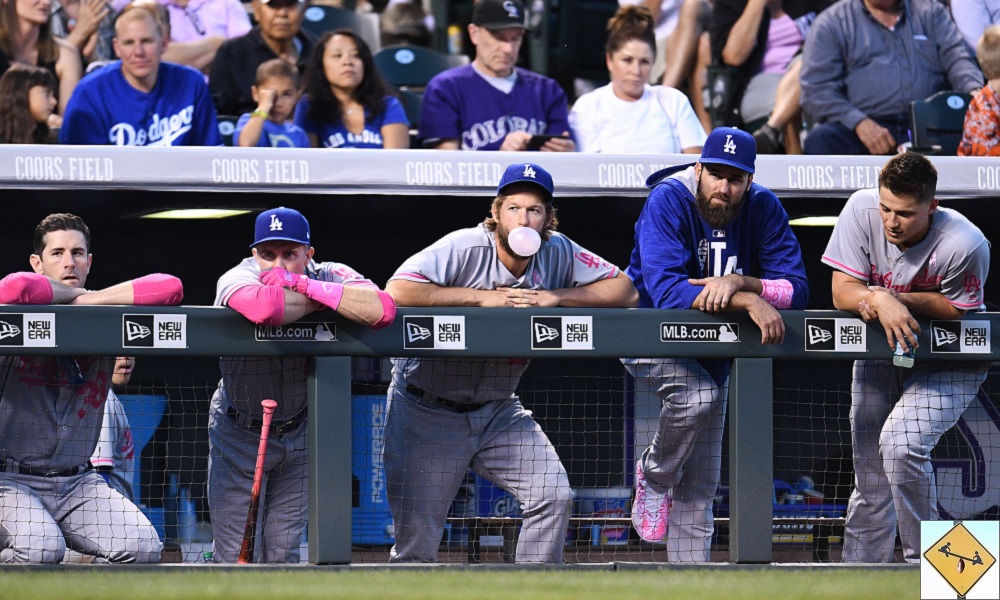 This may be a dissenting opinion, but after much debate at BuzzChomp, we’ve determined there is no problem. Leave MLB pace of play alone.

Major League Baseball has been trying its darnedest to address the sport’s pace of play problems. The changes it has made seem cosmetic at best, though. First came the elimination of intentional walks. That saved us about three minutes per season. There was talk of a pitch clock, which got scrapped at the last minute heading into the 2018 season. Instead, there will be a limitation on mound visits…with tons of stipulations…and no discernible penalty for failing to comply.

Players and coaches, who are logically quick to harrumph at moves that make their lives slightly more difficult, have already hinted at, or flat-out said they would ignore the rule if a pitcher really needed a visit in a tight spot. And umpires are allowed to send a catcher out if there is a cross-up in signs, with it not counting as a visit. Got all that? So there’s a visit limit, but players can ignore it, and umpires can overrule it. MLB probably saved us another 45 seconds per game.

The real issue, which has been discussed all over, is the way the game is played lends itself to longer and slower paces. Relief pitchers are a better bet to retire a batter than a starter going through an order for a third, or even second time. That means pitching changes and longer at-bats. Those changes, along with increased strikeouts, patient hitters, and all sorts of other things that make a team more successful slow down the product. Only drastic moves will alter that pace at this point, and MLB isn’t interested in drastic moves, nor should it be.

The weird thing is that this discussion has hit a climax anyway. Baseball is endlessly popular. Those who don’t really like baseball aren’t going to tune in because a game ends in a smooth two hours. Those who are fans won’t avoid the sport if a game creeps over three. The casual fan will tune in sometimes and not others, regardless of how long the game is. And the real pace-killer, which it is in every single sport in the nation today, is the commercial. Commercial breaks are numerous and obstructive. They are continuous and endless. They aren’t going anywhere, yet they add 50 percent of a game’s production time. Shaving off 45 seconds with men on base doesn’t matter when there are three minutes of commercials every half inning. Why does the league think we don’t notice this?

What can be done? Probably nothing. But probably nothing has to be done. Unless MLB is willing to curtail actual pitching changes – which would alter the way the game is played and rosters are constructed – these moves are nothing but a facade.

All sports are plagued by the inevitable commercial break, with ample opportunity for advertising at every pause in play. Since baseball moves slower than the other major sports, MLB pace of play feels worse by comparison when commercials are added. Yet as a fan of the game, it is the slow and calculating approach taken to each at-bat which builds the drama and excitement we love. Baseball is a chess match, executed pitch by pitch. It is not a free-for-all of men running as fast as possible all over the field or court. This is not to belittle football, basketball, soccer or hockey. Each sport is unique for a reason.

I must admit that I’ve flipped on the issue of MLB pace of play over the last several seasons. Originally I was stoked that actions were being taken to speed up a baseball game. I don’t want to watch four hour baseball games. Yet most games are barely over three hours, if they eclipse the mark.

MORE BUZZCHOMP: Can Shadow Be Stopped On Counterpart?

My own feelings were being skewed by being a New York Yankees fan. New York was playing much longer games than the average team, especially when they faced their arch rivals in Boston. This was because my Yankees were great at extending at-bats and taking pitches. The scores were higher between Boston and New York as well, making games longer. Because of these factors, I wanted to see ANYTHING done to speed things up.

Those initial sentiments faded over the course of a season or two. The Yankees averaged back out to the mean in terms of length of games. I came to realize the ever lengthening time it took for a football game to be completed, as I primarily watched my New York Jets on DVR recording in order to skip commercials and cut down on the time taken to watch. Baseball was not the problem. MLB pace of play was not a big issue, but rather something that the sport needed to discuss in order to ensure it did not get out of hand like in the NFL. Football games are half commercials. At least you can watch a baseball game for 15 minutes without a break, if an inning goes long. That will never happen in the NFL.

ALSO ON BUZZCHOMP: TV and Movies to Stream This Week

Buster Olney is calling for the players to create a committee to determine how the game can be improved, in terms of pace of play. This is an incredibly intelligent approach to improving the sport we love. It ensures that the sport of baseball is not unrecognizable on the other side of change.

Sometimes major change is made for safety. That is what is happening in the NFL. Sometimes major change happens on its own, because of other unrelated rule changes. That is what happened in the NBA with shooters pushing out the big men. MLB was great last season and I never felt like a game was too long. You are either going to watch the entire baseball game, or you’ll change the channel between the third and seventh innings like I often do. Unless we can find a new place for advertising, like split screen ads while the game continues (they are starting to do this, but not as a replacement), then the sport is basically on the mark. Keep shedding minutes and seconds, just don’t add back more commercial time.

Also On BuzzChomp: Where Does Walking Dead Go From Here?