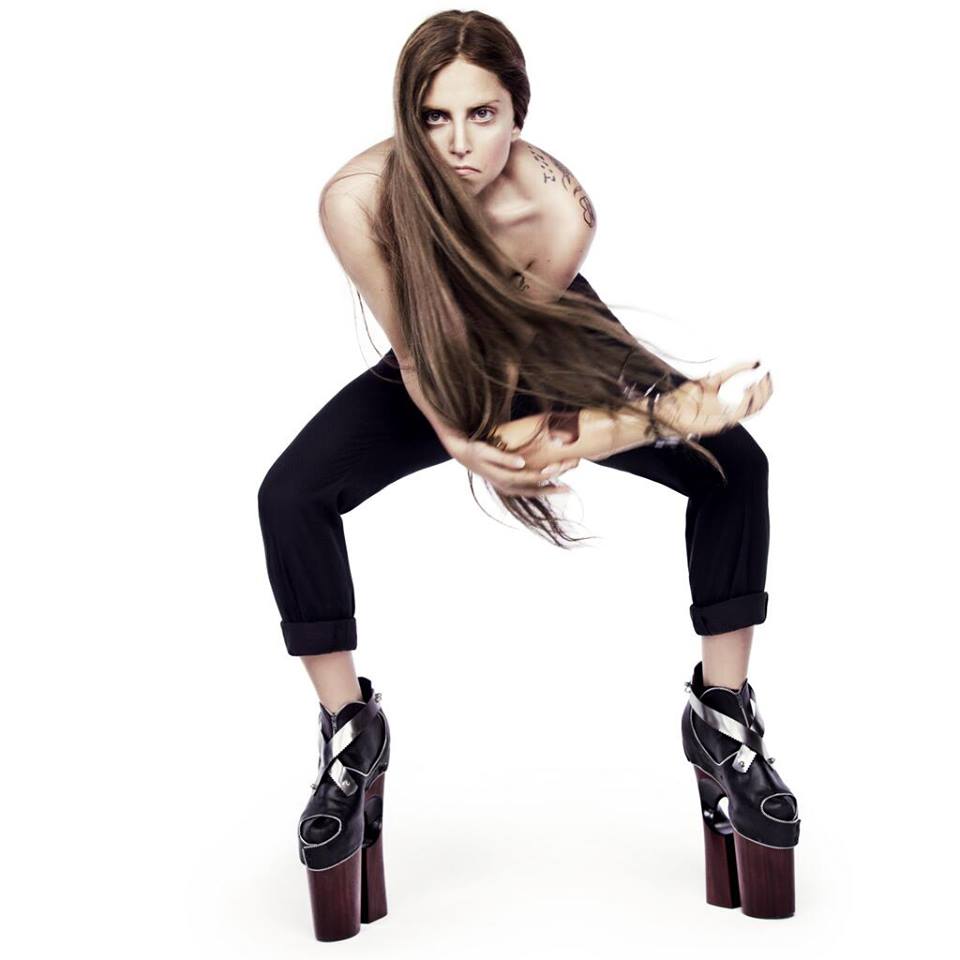 A fascinating feminist front is gaining ground in the entertainment world. On this year’s annual Forbes Magazine list of The World’s Most Powerful Celebrities, six of the top 10 are female performers, led, for the fifth time, by celebrity everywoman, Oprah Winfrey. Despite that the list remains male-dominated, with just one-third of the 100 movers and shakers being female; the top six spots include only one man, filmmaker Steven Spielberg. Not surprisingly then, Forbes’ recent publication of a Top 10 list of the most powerful musicians, culled from their Top 100 list, sings the praises of female crooners. Two all-male bands and just one male solo artist made the cut. Sing it, Ladies: you have arrived!

1 Leading the Forbes’ list of powerful musicians is none other than Mother Monster, Lady Gaga. The  often controversial, chart-topping artist is an outspoken philanthropist and champion for equality and Human Rights. And this Mother knows her business, boasting 40 million twitter fans and closing in on 60 million on Facebook. Despite an injury requiring Gaga to leave her recent Born This Way Ball tour and undergo hip surgery, her massive and spectacularly devoted following of “Little Monsters” promises to keep the record-breaking, Grammy-winning performer at the top of the charts.

2  Beyoncé is back, Baby! A year off to play house with her husband, Jay-Z, and their first child, Blue Ivy, hasn’t made a housewife of this powerhouse. Thanks to royalties, sales, appearances, her House of Dereon clothing line and lucrative endorsement deals, this top family bread-winner is back on the concert circuit with her Mrs. Carter Show World Tour, deferring to her hubby in name only. Expect Beyoncé to bounce back from the rare respite of domesticity and onto the stage with the full force of her talents.

3  Topping the list of earners in 2013 is hot mama, Madonna. The perennial “Material Girl,” grossed over $300 million on her recent MDNA Tour and fills her coffers with savvy business investments, a fragrance and a clothing line. Since her first self-titled release 30 years ago, Madonna has grown through constant re-invention, becoming a household name, and spawned music, mayhem, books and commentary with her every eye-popping twist and turn.

4  Described as a “prodigy” by the New Yorker in 1986, following the debut of her first album, Taylor Swift hones her prodigious talents as a singer-songwriter. Like Justin Timberlake, Katy Perry and even Lady Gaga, Swift was somewhat eclipsed by Miley Cyrus workin’ her twerkin’ at the 2013 VMA Awards last month. No matter, the now 23-year-old Swift has legions of fans who keep her at the top with such shows of love as, last year, buying more than a million copies of her fourth studio album, Red, during its first week after release, then catapulting her to the top of Billboard’s Hot 100 chart. Lucrative endorsement deals with high-profile corporations soon followed. Between her soaring fame and, hopefully, sound fatherly advice from her dad, a Merrill Lynch financial planner, Swift’s fortunes will continue to rise.

5.  Youthful good looks and talent to match have made New Jersey rockers, Bon Jovi, rock royalty and one of the top-selling bands of all time. Adding to their legend was Phil Griffin’s 2009 documentary, “When We Were Beautiful,” which debuted at New York’s prestigious Tribeca Film Festival, and chronicles over a quarter century of Bon Jovi badassery. Founding member Jon Bon Jovi has also found acclaim as an actor, proven himself an activist and humanitarian and, in 2010, was appointed to the White House Council for Community Solutions by President Barack Obama. That their current Because We Can world tour,  is grossing over $3 million per stadium attests to Bon Jovi’s longevity and enduring popularity.