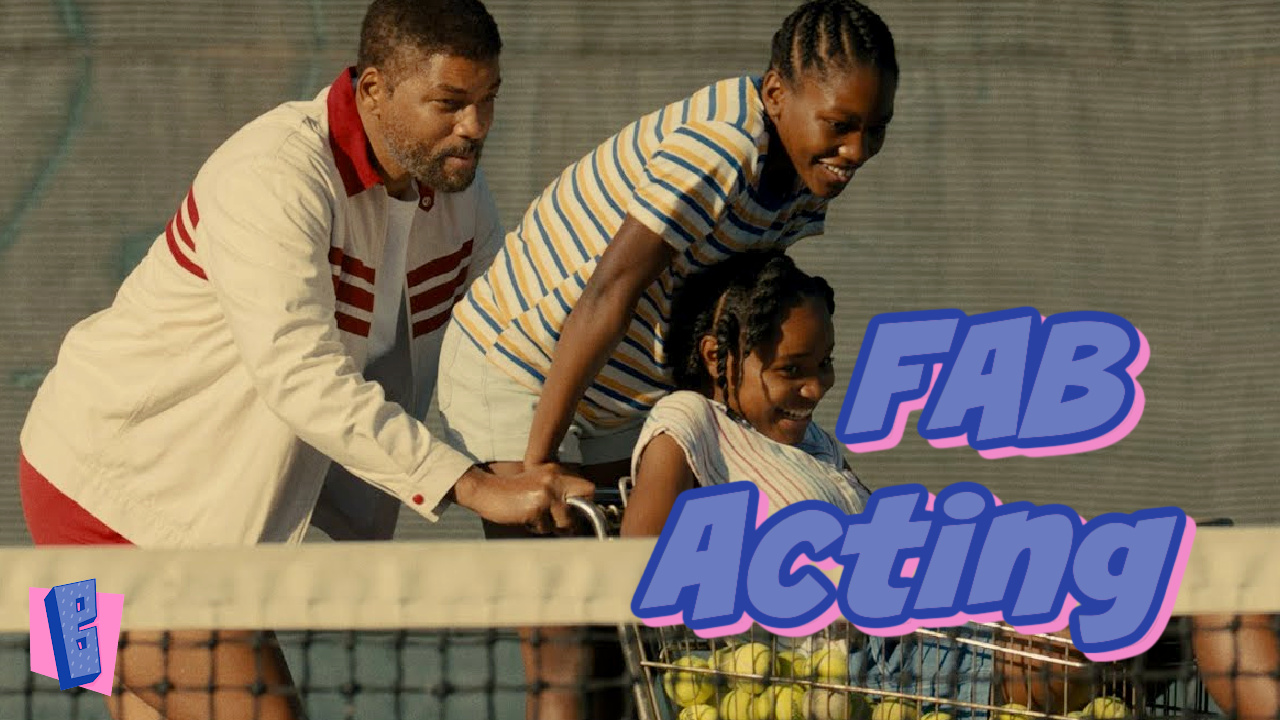 King Richard review is here! It’s exceptional acting, but a safe film. Will Smith is absolutely fabulous in this film. It’s extremely enjoyable and aspirational to watch Smith become Richard.

King Richard review dives quickly into the exceptional acting, but also that it is a safe film. I love films based on real people. It hooked me from the start because of Will Smith’s acting. He truly became Richard.

Richard Williams is such an interesting character. He is extremely matter of fact and Smith capitulates it so eloquently. This character could easily become a tacky caricature. That really resonated with me.

The downside to this film is that we know the story. Sure it’s told from the exploration of their father, but the ending is the same. There is no real shock and awe by the end of the film. We know exactly who Serena and Venus Williams are. It’s not a bad thing and it’s still a very good movie.

King Richard is a really good movie and Will Smith is absolutely fabulous in it. He flawlessly becomes Richard and it’s truly wonderful to watch. Share with us your thoughts on the film and make sure you check out our quick review.