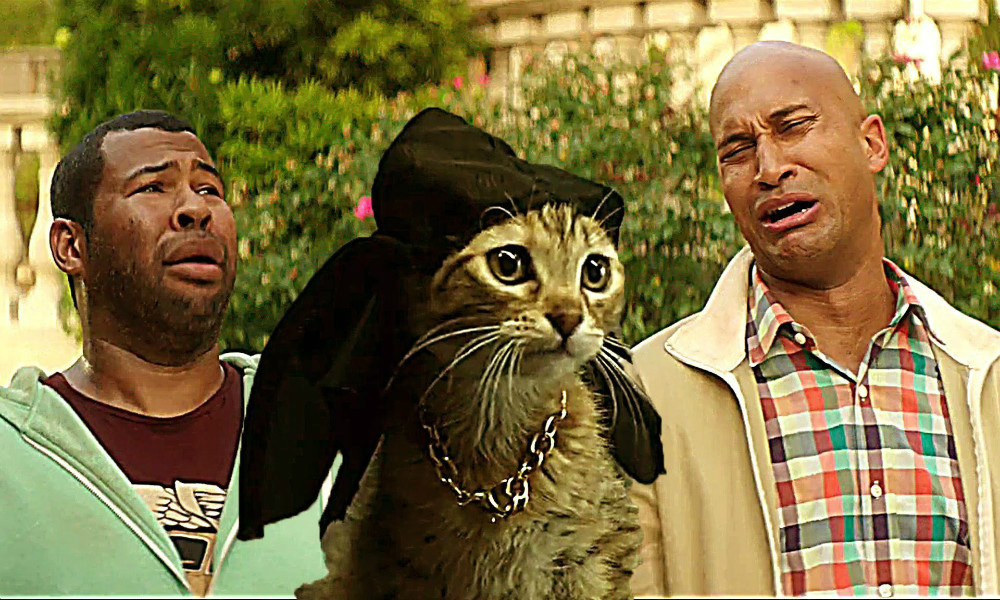 Key & Peele have mastered television and the art of sketch comedy. Now they turn their sights on film with the release of their movie Keanu, a seemingly obvious homage to a film that it isn’t connected to at all. (Photo Credit: latimes.com)

The legendary sketch comedy duo Key & Peele released their first starring movie on Friday, Keanu. Keegan-Michael Key and Jordan Peele are in the full lexicon of pop culture at this point, from screwing over anyone named Aaron with their substitute teacher sketches, to pushing sports players’ names to the limit with their player introduction sketches, to taking the act of acting tough when your girlfriend isn’t around to its logical extreme. In their first venture onto the big screen as a pair, Keanu is about a man and his friend trying to rescue their stolen pet from a bad guy.

For those familiar with the movie John Wick, this plot sounds oddly familiar. In John Wick, the lead character fights a group of bad guys to avenge the killing of his pet. In the former, the pet is a cat; the latter, a dog. But the comparison stands. Oddly enough, or not odd at all, John Wick stars Keanu Reeves, who happens to share a first name with the Key & Peele film.

There is no shame in this ode. It makes all the sense in the world that Key and Peele would have loved John Wick and wanted to make a spoof about that genre of movie, taking it as the largest influence, then doubling down on the ode by naming the cat after the star of the influencing film.

So I was rightly blown away after listening to a Reddit AMA that Key & Peele did this past week when they answered questions from fans in preparation for their film’s release. In an obviously leading question, someone asked, “Why Keanu? I mean, of all the possible names, why pick that one?”

In the surprise of the century, Jordan Peele took charge to exclaim that it wasn’t calculated at all in the way we all assumed and simply came from his noggin as a name that he loved for the part. He admits that the pair loves movies (obviously) and Keanu Reeves and the fact that the name “Keanu” has just the one clear connotation. So flipping that around would be enticing.

But oddly enough, their cat film had no basis on the movie John Wick. According to Jordan, they came up with the idea years ago and actually had a conversation with his manager when John Wick came about, assuming there had been a leak and someone had stolen their script.

Assuming all the bullet points and timelines progress as described, and there’s really no reason to believe they didn’t, this is a fascinating conglomeration of coincidences leading to the release of Keanu. Key & Peele named their movie after an actor who had a similar movie but neither connection was made and, in fact, the first movie was released after theirs had already been written.

In a world where everyone is so concerned with stealing and ripping jokes off of others and copying ideas, accusing Amy Schumer of the like or saying  ‘The Simpsons did it first’ whenever Family Guy has a gag, stuff like that, it’s almost charming to hear of the origins of these two completely independent projects. And Key & Peele get the benefit of this assumed homage anyway. It’s a win win.