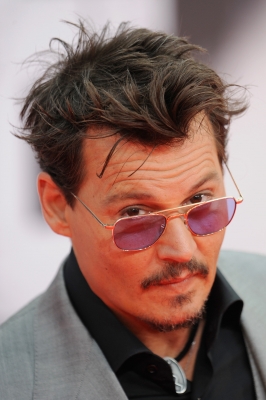 “…And then they made me their chief.”

-Jack Sparrow, “Pirates of the Caribbean: the Curse of the Black Pearl”

As his alter-ego Jack Sparrow, the suavely degenerate “Pirates of the Caribbean” swashbuckler, Johnny Depp has been known to save the day against all odds. Now, the typically private, sometimes reclusive, actor has stepped out of role-playing and into character, setting social media ablaze with his recent offer to buy Wounded Knee to return it to the Oglala Sioux Tribe. Depp stars as Tonto in Jerry Bruckheimer’s new Disney film, Lone Ranger.

During shooting, Depp narrowly escaped potentially grave injury when he lost control of his horse while stunt-riding. Somewhat shaken, and spiritually stirred by being spared the horse’s deft power, he was soon right back on. The revelation came during an interview with the Daily Mail on July 6th, that Depp wanted to buy the site where 300 Lakota natives of all ages were massacred by the Calvary in 1890, and return it to their descendants.

In July, Oglala Sioux elders disclosed that they were contacted by Depp’s representative about the proposition, and the tribe remains optimistic of a favorable outcome. Purchasing the land back was proving unattainable for the Oglala tribe and had grown controversial due to its coupling with another million dollar land parcel for a total $4.9 million price tag, which the Sioux claim is extortion. With an international box-office star stepping in to champion the Oglala’s cause, the ancestors of the former South Dakota land stewards may yet again find purchase.

Depp was quoted in the interview, “It’s very sacred ground and many atrocities were committed against the Sioux there. And in the 1970s there was a stand-off between the Feds [federal government] and the people who should own that land. This historical land is so important to the Sioux culture and all I want to do is buy it and give it back. Why doesn’t the government do that?’’ Responding to whether he would truly follow through on such a generous offer, the philanthropic Depp assured, “I am doing my best to make that happen.”

Depp’s own family count themselves as partly descended from Native Americans, though he is unsure of the tribe, informing the Daily Mail that, “‘We were told that we were of Cherokee descent, but it’s possible it could have been Creek Indian.” The actor, considered eccentric by some, authentic and charming by most; is a well-known humanitarian, donating his time, talent, money, even his underwear, to countless worthy causes over the span of his now near 30-year career.

The Oglala have requested that the current owner, James Czywczynski, agree to an equal split of any proceeds from the sale of Wounded Knee. Tribe President Bryan Brewer, in an interview with Indian Country Today, was quoted as saying that the proposition was not negotiable. Alternatively, the tribe has also voted to seek to take the land back through the process of eminent domain. If this process is successful, Czywczynski would only receive fair market value. Brewer was firm, “I told him, the way it is right now, you are not going to get anything. Our tribe has voted to possibly look at enforcing eminent domain to take the land back, but then he would get nothing.” The Rapid City Journal reported that Czywczynski’s land has an appraised value of $7,000.

Perhaps blissfully unaware that complex transactions may require time and patience, more than 1800 people have already signed a petition at change.org to rather prematurely harangue the habitually generous celebrity into keeping his word. With media around the globe tracking the story since it set sail, in the wake of the Daily Mail interview, all eyes are on Depp to captain or, rather, to pirate that ship. Yo, ho!

This article by Sunny Clark first published on meetorbit.com