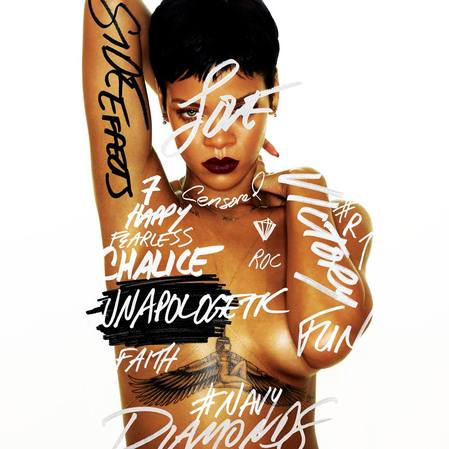 The second installment of our report reveals more of the fascinating feminist front gaining ground in the entertainment world. On this year’s annual Forbes Magazine list of  The World’s Most Powerful Celebrities, six of the top 10 are female performers, led, for the fifth time, by celebrity everywoman, Oprah Winfrey. Despite that the list remains male-dominated, with just one-third of the 100 movers and shakers being female; the top six spots include only one man, filmmaker Steven Spielberg. Not surprisingly then, Forbes’ recent publication of a Top 10 list of the most powerful musicians, culled from their Top 100 list, sings the praises of female crooners. Two all-male bands and just one male solo artist made the cut. Sing it, Ladies: you have arrived!

6   Discovered in 2008 from a youtube video, Canadian crooner Justin Bieber made a belieber of Forbes Magazine last year when he was featured on their cover, having earned over $100 million during the previous two years. Raised by his cash-strapped single mom, Bieber has become an astute investor, quietly financing more than a dozen tech start-ups. In 2010, Svtle founder Dustin Curtis quoted a Twitter employee, tweeting, ”At any moment, Justin Bieber uses 3% of our infrastructure. Racks of servers are dedicated to him.“ With followers nearing the 44 million mark, Bieber surpasses even Lady Gaga on the social network, while the reigning Queen of Pop bests Bieber on Facebook by a remarkably similar margin. Bieber recently acquired his 16th tattoo – the eye of the devoted mother who posted his videos on youtube and continues to watch over her son.

7   Simultaneous releases of her second studio album J.Lo and her film The Wedding Planner in 2001, made Jennifer Lopez the first person to have a number one album and film in the same week. Singer, producer, actor and philanthropist Lopez earned a whopping $52 million last year thanks to her American Idol judging salary of $15 million and racking up more than a cool million a night on her world tour. After quitting Idol after last season, Lopez is reportedly returning this year with a $2.5 million salary bump.

8  Hard-working Rihanna’s 2012 Unapologetic album release was her seventh studio album in as many years, Barbados’ number one export cites Bob Marley, Whitney Houston, Janet Jackson, Beyoncé, Madonna and Gwen Stafani as major influences. Rihanna pads her album and concert sales with endorsement deals, including for Madonna’s favorite investment, Vita Coco coconut water, and a line of lipsticks and fragrances, and is a generous supporter of various charities near and dear to her heart.

9  Like Bon Jovi, British rock band Coldplay are grossing $3 million per city on tour. High-profile philanthropists who eschew lucrative endorsement deals in keeping with their artistic ethics, the band ponies up 10% of their earnings to charity and actively support several by performing at their events. No wonder their fans adore them. Lead singer, Chris Martin, is married to actor Gwyneth Paltrow and they count Beyoncé and Jay-Z among their close friends. Jay-Z has even been known to join the band onstage occasionally.

10  Gospel singer turned pop icon Katy Perry shot to fame in 2008 with her hit single, “I Kissed A Girl,” from her second studio album release, One of the Boys. In 2010 Perry glowed under a rare spotlight when Teenage Dream was released, delivering five number one hit songs, a status shared with only the late King of Pop, Michael Jackson. Last year, Billboard named the effusive singer as their ‘Woman of the Year.’ Performance earnings, product endorsements and a seven-figure yield from Perry’s 2012 3D biopic, Part of Me, all serve to make the singer, actor, equal rights activist and philanthropist a major player on the pop scene as she approaches her 30th birthday next year.

A notable common thread throughout the Top10 list shows why we love these celebrities enough to catapult them into the rarified air of superstardom: they all give back. Every performer listed on the Top 10 is a dedicated philanthropist, lending their star power and donating small fortunes to support worthy causes, while creating legacies that enlighten and are sure to endure.