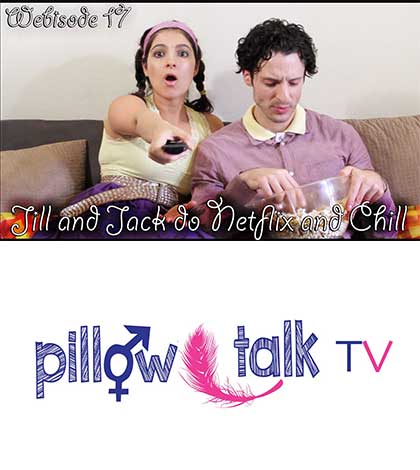 Jill and Jack are weird Nursery Rhymes for the party generation. A bastardized classic in a comedy web series. Jill and Jack do Netflix and Chill in webisode seventeen and popcorn gets eaten.

Netflix and Chill is the new Saturday night, but how the hell are you supposed to pick a movie? Jill and Jack try horror, go experimental, and get lost before giving up entirely.

“I’m not watching Ground Hog’s Day for the 19th time!” Why not? Why the hell not?