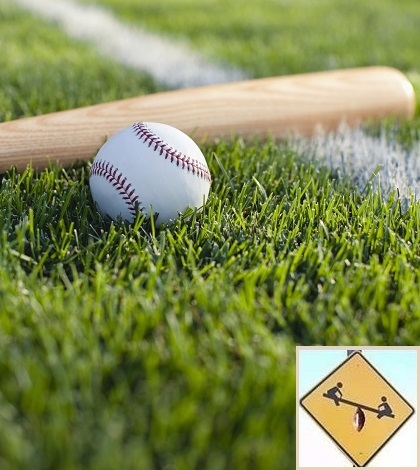 The 2015 MLB Awards come with big asterisks. Should playoffs matter? The finalists are excellent, despite a major snub, but the winners will not be so easy to decide. MLB debate.

After handing out some fake college football awards earlier in the week, it’s time to revisit the real-life MLB awards. Next week, Major League Baseball will announce its winners of all the top awards of the 2015 season. The list of finalists was released this week. And actually, some awards have already been handed out.

The Gold Glove winners in each league have been named, as have peripheral awards like Comeback Player of the Year and Reliever of the Year. The interesting thing about the finalists released for each of the major awards is how predictable the group was. But I’m interested in seeing if your opinion has changed now that the entire season is officially over.

ALSO ON BUZZCHOMP: Ranking the Top Plays of 2015 College Football

For AL MVP, does Lorenzo Cain get any love for being the best player on the best team? Probably not enough. For NL MVP, does it bother you that none of the three finalists led their team to the playoffs at all? Is there any way to settle the NL Manager of the Year debate between the two LCS managers and the one who won the most regular-season games? What about AL Manager of the Year where none of the three made it to the LCS or won the regular-season wins title? Are we rewarding surprising mediocrity rather than expected excellence?

Of course, all this is looking back with hindsight. The season voting was submitted prior to the postseason, as it is every year. But somehow the playoffs manager to put a different spin on how we remember each winner.

Here’s my quick rundown of who should win after seeing the finalists:

I’m very impressed with Major League Baseball, as they absolutely nailed the finalists for nearly every award category but one. MLB missed the boat in terms of American League Manager of the Year. The Astros skipper was a no-brainer finalist, but not including Toronto’s manager is a major snub. I realize the Blue Jays have been touted as the second coming of greatness for some time, but they finally put it together for a stellar season. Besides that, the finalists are excellent, and the winners feel obvious.

My picks for the award winners come with two asterisks. There’s what my gut tells me, and then there are the winners for the Players Choice and Aaron Awards. If those hold any weight, then AL MVP is going north of the border.

My 2015 MLB Awards picks, with differences in bold:

First the asterisks; I believe Mike Trout was the most valuable player in the American League. Without him, the Angels wouldn’t have been anywhere near the playoffs. With him, they were in it until the very end. That being said, Josh Donaldson won the AL Players Choice Award and AL Aaron Award. He also took his team to the postseason, dominating in the process. You know who else won both of those awards? Bryce Harper won both for the National League, and he’s certainly winning NL MVP.

The other asterisk is for NL Cy Young. While Greinke had the better season, it was Arrieta who had the biggest impact on his team. Greinke shared the load for the Dodgers with fellow finalist Clayton Kershaw. Perhaps having the greatest impact is not what the Cy Young is awarding, but the Cubs reached the NLCS in large part due to Arrieta. He owned the league this past season. Yet I can’t fault you for picking Greinke, who won the NL Players Choice Award for pitching. He likely takes home the Cy Young too.

Another Player’s Choice Award winner was Carlos Correa, my pick for AL Rookie of the Year. I felt he truly stood out on an Astros team that surpassed all expectations with its own little postseason run. We agree on every other award winner, and they all feel like obvious selections. I’d be upset if Hinch and Collins don’t both win Managers of the Year. They absolutely took their ballclubs farther than anyone ever expected. That is what great managers do.