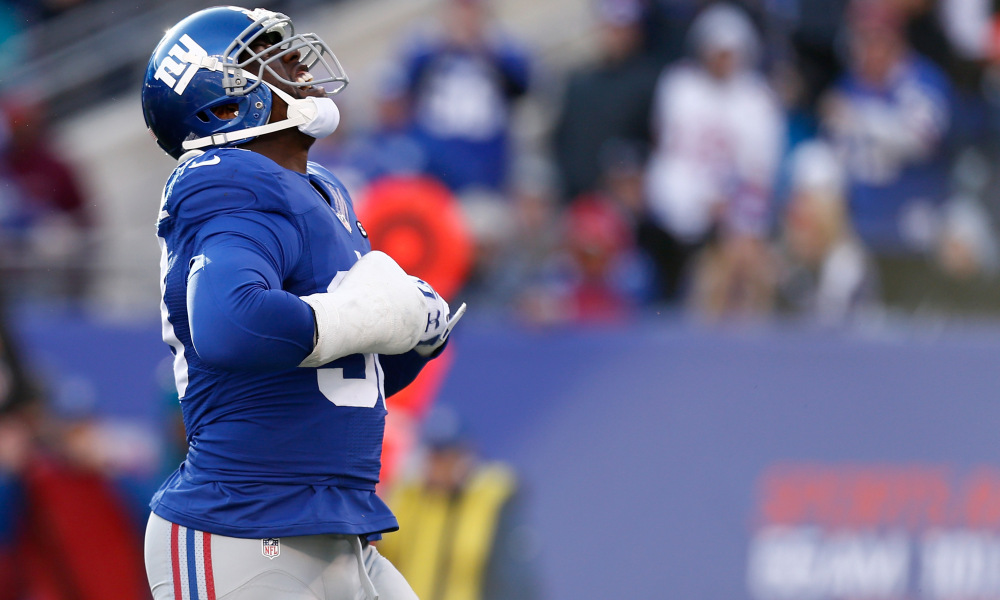 Between entering a less friendly free-agency market than expected and the possibility of being franchised, New York Giants defensive end Jason Pierre-Paul is not going to enjoy this offseason.

The New York Giants have made it clear that they hope to retain the services of defensive end Jason Pierre-Paul. Despite this declaration, the offseason is not likely to go the way Pierre-Paul hopes it will. He is not going to enjoy this process.

Estimations put JPP’s cap hit for the coming season at around $15 million. He has already come out and said he hopes to get a contract similar to the one awarded to Olivier Vernon last offseason. Vernon was much younger when he hit the market; he was also far healthier than Pierre-Paul when each was set to enter unrestricted free agency.

ALSO ON BUZZCHOMP: Legion on FX is Great… Just Don’t Hold Me to It

Jason Pierre-Paul’s first disappointment will stem from the contract he can find on the open market. If he gets there, he will likely find offers at five years and $85 million (Vernon’s deal) lacking. There is certainly no team that is going to reward JPP with the record $52.5 million guaranteed that Vernon received.

Not only does he have his hand issue stemming from the fireworks accident, but he also missed a quarter of last season and the team’s only playoff game with a separate injury. Even if one assumes his muscle injury that required surgery poses no ongoing threat, this is still an injury-prone player. Teams don’t give guys with such spotty histories that type of guaranteed money.

The other issue for Pierre-Paul, and something he is surely going to hate, is that the likelihood of him even reaching free agency is low. There is a better than even chance the Giants simply place the franchise tag on their veteran end. He won’t see unrestricted free agency or have anyone to bargain with outside of New York.

Players normally don’t take kindly to being franchised. JPP will be no exception. Earlier this winter, he announced to the press that he was done taking one-year, prove-it deals. He went through that in 2016 and, according to his words, proved it. Others may feel differently. Missing a quarter of the regular season and the entire postseason is hardly proving much at all. But Pierre-Paul thinks he proved enough to warrant a long-term deal. It’s too bad that won’t be up to him.

If his market value is something approaching or surpassing $15 million a year, the Giants won’t hesitate to lock him up for 2017 at $17 million, the rate for defensive ends being franchised. That is a fair price to avoid competition. After all, JPP’s price could get there anyway on the open market. As the saying goes, all it takes is one dumb owner.

So there you have it. Either Pierre-Paul gets locked into a one-year deal through the franchise tag or he finds the open market far less hospitable than he expected. Either way, this is not going to be a fun offseason for the NFL’s best defensive end with seven and a half fingers.