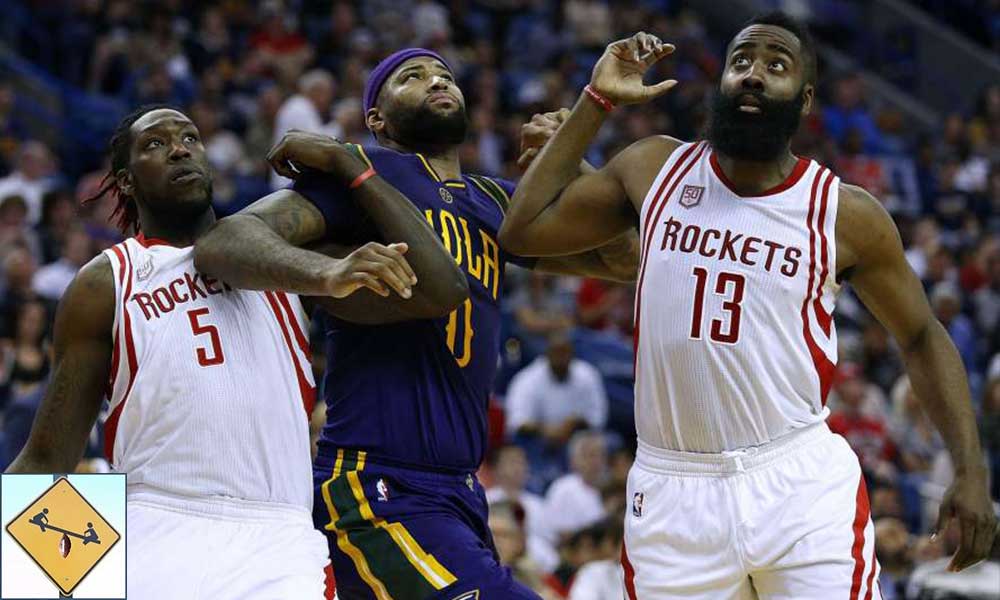 The NBA Trade Deadline 2017 was highlighted by No Name Trades. Its true! They reshaped the playoffs in unexpected ways. Houston and Toronto deserve major respect.

The 2017 NBA trade deadline came and went. Paul George didn’t go anywhere. Neither did Jimmy Butler or Blake Griffin or Carmelo Anthony. However, it was far from quiet. In fact, in the days leading up to the deadline, a number of fascinating deals could have altered the NBA playoff picture.

In the Eastern Conference, the Boston Celtics frustratingly stayed pat once again, but the Toronto Raptors made moves to put themselves in position to challenge the Cleveland Cavaliers for conference supremacy. The Raptors’ main shortcoming was the power forward position. Not only did they add the stretchy Serge Ibaka, but they also dealt for super defender P.J. Tucker. Suddenly, T-Dot has a roster that looks pretty deep. Winning in the postseason will still come down to Kyle Lowry and DeMar DeRozan hitting shots, like they failed to do last year, but the team feels better this season.

The Washington Wizards, who are also challenging at the top of the conference, added a nice bench piece for the stretch run. However, like the Celtics, it feels like they needed to do more to actually compete in May and June. Why Boston couldn’t put together a godfather package for either George or Butler is beyond me. These opportunities to acquire All-NBA players are incredibly rare. You can’t waste them. Perhaps the team balked at dealing away Brooklyn’s 2017 pick, which could be the first overall selection in the draft. But what is the ceiling of that pick: that he’s almost as good as George or Butler? The best-case scenario is, four or five years down the line, that guy is as good as these players already are.

No matter what the standings say right now, Cleveland and Toronto are the top two teams in the East.

Out West, the moves were smaller, with Houston and Oklahoma City adding depth pieces that may make incremental differences. The lone exception was New Orleans’ acquisition of DeMarcus Cousins. Immediate reactions, even from us, thought that a potential first-round playoff series between the new twin towers in New Orleans and the Golden State Warriors would be fascinating. How would Golden State match up with Cousins and Anthony Davis??

Perhaps that was a bit premature.

In game one of the DeThony Couvis era, the Pellies got absolutely demolished by the poor man’s version of the Warriors: the Houston Rockets. Houston hit 20 threes as N.O. shot 6-of-31 from deep because, oh yeah, the Pelicans’ wings are terrible. Cousins and Davis combined for 40 field-goal attempts, 56 points, 23 rebounds, seven steals, six blocks, and 21 free throws. And the team lost by 30!!

Obviously, one game isn’t enough to know what the ceiling will be of this squad, but opening results were not positive. At least it seems like the team will be fun to watch, even if they don’t get to the eighth seed in the conference. Maybe the trade deadline didn’t alter the playoff picture as much as we thought it would.

Great At Home Treadmill – Get Your Workout On!

I think the trade deadline did in fact reshape the NBA playoffs, just in a different way. I’m classifying these deals as No Name trades because only Cousins falls into the category of actual notoriety. The Pelicans are better with him and will make the playoffs, but that’s not what reshaped things. It was Toronto and Houston in particular stepping up and adding depth to already potent squads that has changed the 2017 playoffs.

No Name trades are anything but flashy, but they can easily push a team over the top. Moving pieces around for draft picks and money is always win win for the teams getting new players. I love how the Raptors buoyed their bench and overall team depth. The top of the East was extremely tight, meaning one injury or one exhausted player could knock Toronto or Washington or Boston out of serious contention. The Celtics doing nothing is news because adding anyone would have helped, let alone an all-star player. The Raptors made moves that should push them over the top, or at least into a competitive series with the Cavs.

You knocked the Pelicans for getting spanked by Houston, but I think we must instead credit the Rockets for adding to an already explosive lineup. That team was fired up, knowing that management went out and added depth for a legit playoff run. It’s hard to imagine anyone topping Golden State, but fresh legs and a new fire give Houston a chance. Run the Warriors into the ground. Or die trying.

New on Television: Legion on FX is Great… But Can It Last?


The non moves were nearly as impactful at the NBA trade deadline 2017, because look how the Clippers got humiliated by Golden State. That team needed to make a move. With Houston and Toronto dealing, they separated themselves for the stretch run and likely secured the second or third seeds in their respective conferences.