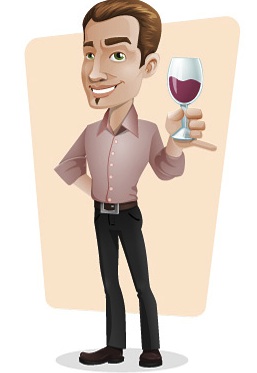 The question of intent comes to mind when meeting a highly eager man in pursuit. What’s his motive? Men reveal themselves constantly— in small, seemingly insignificant ways and in glaringly obvious ways. If he’s pursuing you, assume at the least he’s physically attracted.

The mysteries of a man’s mind continue to elude female thinking. Yet, in this arena men are straightforward. There are only two boxes that exist for women. “Yes, I’d sleep with her,” and “No way I’d sleep with her.” A man’s interest means he’s just checked the “yes” box in his mind.

Now that you know you’re a “yes” it’s up to you to decide what you want to create with him. If you want more than sex, set the template for a relationship. How you speak, behave and express your ultimate goals are all essential elements for clarifying you want a meaningful partnership.

Dating is the wild card of “trial and error.” Even the most savvy of women have learned men’s words and actions can appear one way, yet be the opposite. How does a woman know if the man she’s seeing is sincere, or a player?

Player’s have specific TELLS. “Tells” are the involuntary reactions in one’s body language that reveal falseness. These visual markers are vital information to professional gamblers who need to know their opponents next move. “Tells” are an automatic response to bluffing and lying. The FBI and other law enforcement agencies also carefully study these unconscious auto-responses. No matter how hard humans try to cover their true emotions, the truth will always be revealed in one way or another.

A player’s clearest form of “Tells” is behavioral:

Players move in fast and hard— always focused on the finish line. They’re intent upon seeing you now, calling with abnormal frequency, and showering you with seductive attention. A real guy knows what he wants you but is willing to allow you to come to him. A real guy sees the end goal, but allows you the time and space to get there on your own.

2. There’s a sense of urgency.

The entire pace of courtship proceeds at a breakneck pace. Players live in the “now.” They want to see you now, or in two hours. Definitely tonight. You know you’ve encountered a player when “it all just happens so fast.” A real guy is honest in wanting to see you, but lacks that frenzied sense of pinning you down.

3. The light is so bright you feel delirious.

A player knows how to woo. He shines the light of unwavering attention upon you, his targeted prey. The warmth is intoxicating. Flooded with compliments (usually sexual), approval and words expressing your sexual desirability, the player demands a return of attention. A real guy puts it out there, but doesn’t force your response.

4. A player says all the right things.

A player has rehearsed and honed his lines. He’s mastered the art of saying the phrases every woman secretly wants to hear. And while this romantic dialogue is marvelous, it’s too soon to be real and too studied to be original.

5. His advance takes you by surprise.

He disarms your caution and leaves you feeling dizzily confused. Intense, focused and attentive, he bathes your ego in ecstasy. You never saw it coming. A real guy has a growing momentum. He’s consistent with his forward momentum, but never “on fire.”

The next time you’re swept up in urgency and delirious attention, know your admirer is a player. These are hallmark behavioral “Tells.” If you can handle the heat of seduction and the brevity of involvement— go for it. Revel in the luxury of this flame that burns too hot as the heat melts your skin to the touch. But know as quickly and fiercely as it came, it will leave. If you have the disposition to enjoy this ride, do so.

Players live in the moment. The only way to “play a player” is to know that what you crave lives within a brief moment. It is a moment to capture fully, and then release.