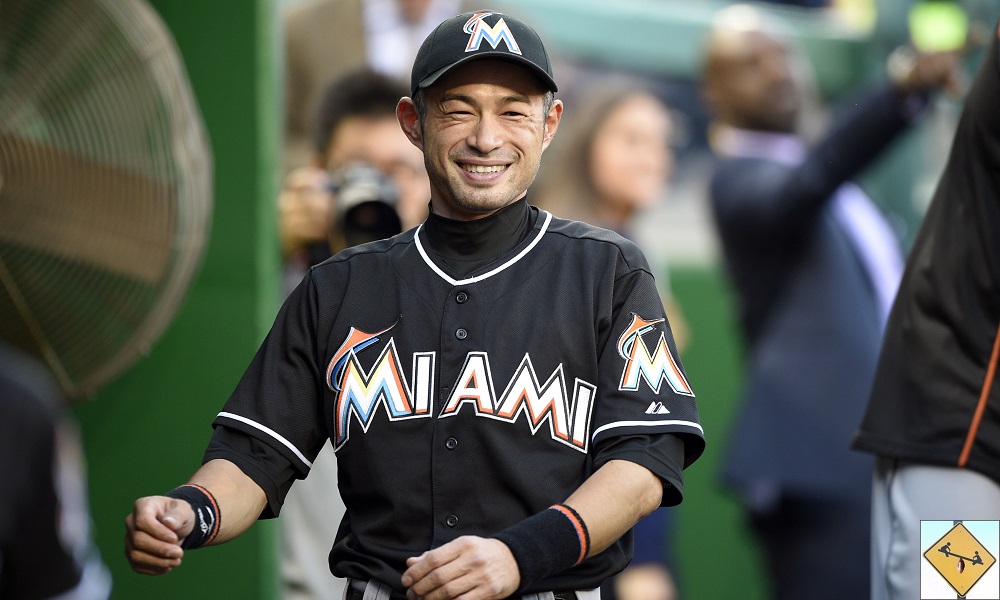 Ichiro Suzuki just set a new MLB record on his way to the hall of fame. Did you know he also said some crazy things? Suzuki is a great quote, but which are his? They said what?

Over the weekend, Miami Marlins outfielder Ichiro Suzuki became the oldest player in the modern era of baseball to start a game in center field. Despite the language barrier, Ichiro has always been a surprisingly great quote over the years. In honor of that, I’m going to throw out four baseball quotes said by players. I want you to pick out the two that were said by Ichiro and the two that were not.

1) “Chicks who dig home runs aren’t the ones who appeal to me. I think there’s sexiness in infield hits because they require technique. I’d rather impress the chicks with my technique than with my brute strength. Then, every now and then, just to show I can do that, too, I might flirt a little by hitting one out.”

2) “I’m told I either look bigger than I do on television or that I look smaller than I look on television. No one seems to think I look the same size.”

3) “I never smile when I have a bat in my hands. That’s when you’ve got to be serious.”

4) “It doesn’t take much to get me up for baseball. Once the National Anthem plays, I get chills. I even know the words to it now.”

As for the oldest ever starting center fielder, he currently has zero steals, an OPS below .600 and has been worse than replacement level in 2017. At least the Hall of Fame is in his future.

Wow, not only do all four quotes seem to epitomize the player and man who Ichiro Suzuki was and is as a baseball player, they all could have easily been uttered by him. Learning the National Anthem, coy confidence with women, being both big and small, and never smiling are all Suzuki. I do think I saw him smile once, but I couldn’t tell you what he’d accomplished at the time.

While our first quote feels like Suzuki, it also feels too lengthy and full of American slang to come from a foreign born player. I’m also eliminating quote three from this game. Someone else has that sense of humor. Someone else said that quote.

Quotes two and four were uttered by Ichiro Suzuki. They both have just the right amount of subtle humor and sarcasm. They also exude just the right amount confidence I associate with Suzuki. If those are his quotes, then I can’t wait for his retirement and hall of fame speeches. They will be quite memorable!

Not too shabby, but you only went 1-for-2. You were correct with honing in on quote two as an Ichiro. However, the anthem remark threw you off (as intended!). That was actually said by an American player who was insulting his own intelligence, rather than a foreign player speaking to his acclimation to America. The other Ichiro quote was actually number one, the funniest of the bunch.