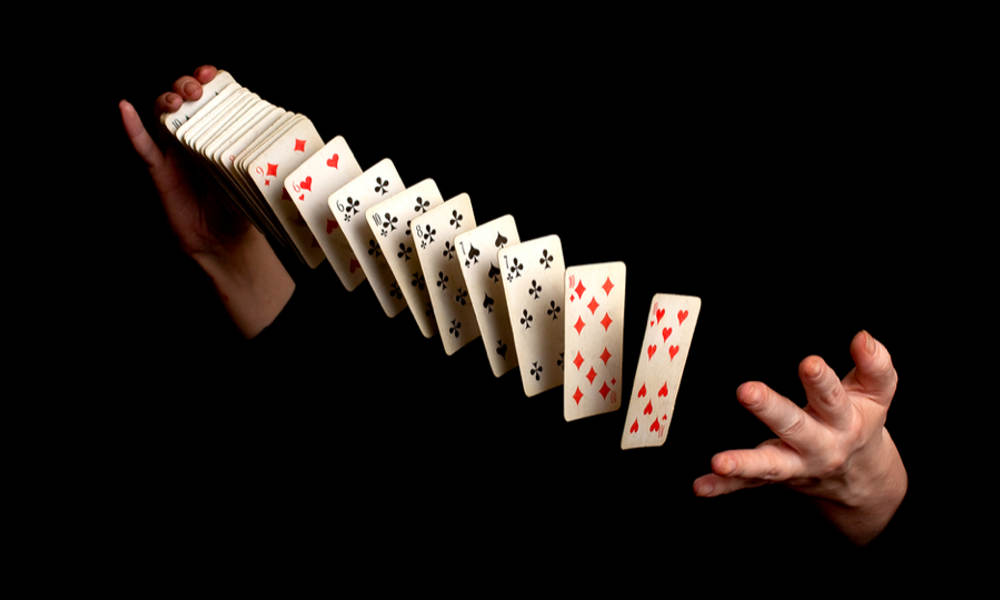 A new six-episode magic series was announced for Netflix. After dominating stand-up comedy, the streaming service has its sites on a new genre.

Seemingly every big name in stand-up comedy has or is planning to release a special on Netflix. The streaming giant releases a new comedy special every week or so. It owns the corner; it happened very suddenly; no other competition feels particularly close. Now, Netflix may have a new genre in its sights: magic.

According to Deadline, Netflix has ordered a six-episode magic reality series with magician/comedian Justin Willman. This isn’t necessarily a venture into the genre fully. It may just be a belief in Willman as an entertainer. But if Netflix wishes, it could probably take over the field of magic next. The door is certainly open.

What would taking over magic entail? It’s certainly a smaller niche than stand-up comedy. David Blaine would have to release a few Netflix specials. We would need a Penn & Teller show of some kind, whether it be a classic magic act or not. Willman is the start, but there are others who are bigger names.

We don’t know if this is a plan Netflix even cares about. The idea that this first magic special is somehow also a reality show is slightly foreboding. What does that mean? Does this genre of television even exist? If not, should it? And perhaps the most important question/clarification of all: isn’t the literal idea of magic the antithesis of reality?

I am a fan of magical acts though. I am the only person who freely admits to watching the Magic’s Biggest Secrets Finally Revealed series (which happens to also be available for streaming on Netflix). Card tricks and street magic are the best. Stage magic is equally impressive, if it doesn’t come off as phony for television. And that’s just the problem with magic. There is a delicate balance that needs to be found. A trick obviously needs to be good first and foremost. However, if it is too good or too spacey, most viewers assume technological assistance played a part for the non-live audience. This seems like it could be an even bigger issue when jokes, talking points, and some type of reality component rests on the tricks as well. If something just feels like fancy editing, a magic reality series suddenly becomes a bad talk show.

Stand-up comedy was easy to dominate because there were so many groundbreaking stars to rely on. With magic, it is a different playing field. It won’t be as easy to own this corner.