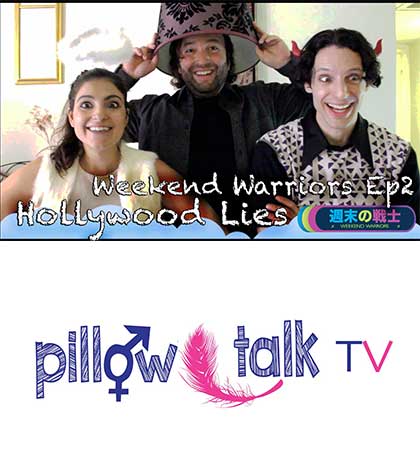 Weekend Warriors makes magic a reality with Lucille and Reginald. Will you listen to your angel, or your devil? Both are hilarious in this comedy web series. It’s all Hollywood Lies in webisode two. So sexy.

Some friends like to embellish, and when it comes to Hollywood its all lies. Is this really Jesse’s big break? Is he really working with Channing Tatum? Really?