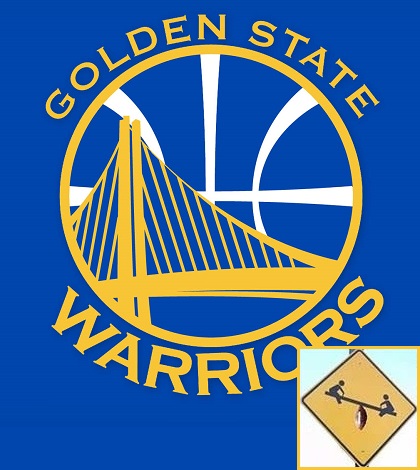 After two decisive victories the Golden State Warriors are back in the driver’s seat against the Grizzlies. Are they still the favorites to win the championship, or is another NBA foe the true NBA Finals favorite?

Golden State has now won two straight in this Western Conference semifinals series, taking a three games to two edge over Memphis. The two teams travel back to Memphis for game six Friday night where the Warriors can close it out. Things have taken a dramatic shift since we questioned Golden State’s mettle and perhaps gave the Grizzlies too much credit.

In game four, the Warrior defense clamped down, holding the Grizz to a then series-low 84 points. Stephen Curry also went off for a game-high 33 points on 11-of-22 shooting. Then in game five, it was much the same story. The Warriors defense was even better, limiting Marc Gasol to 8-of-22 shooting and the Grizzlies to just 78 total points. Curry only made six field goals in this one and he still connected on more threes than the entire Memphis roster.

The series isn’t necessarily over because Memphis will have the home-court edge in game six. But it seems impossible to predict Golden State doesn’t advance at this point either in a hard-fought game six or an easy home win in game seven. The number-one seed has quieted my critiques.

Do they remain the favorites to win the title though? I actually think yes. Sure, the Los Angeles Clippers are playing well and excelling, but that is a shallow team with concerns after the starting five and questions about its crunch-time lineup with the way teams are treating DeAndre Jordan on offense. And in the East, none of the four teams is separating itself from the competition, and everyone is battling through injuries to key contributors.

Even with the early series panic coming out of Golden State, the Warriors remain the best bet to win the NBA championship.

It certainly seems like overreaction after two decisive victories, but my worries about Golden State remain. The Grizzlies give everyone fits, but that does not change the fact that when the Warriors get cold shooting the basketball from long range, they lose.

It’s an old basketball adage that you live and die by the three point shot. Golden State has lived by the three pointer and the jump shot this entire season, to much success. But the NBA Playoffs are a different beast, and my primary concern with their title chances hinges on that very fact. Can they actually win in the playoffs, riding hot streaks and riding out cold streaks? My gut says no, but my eyes say yes.

The Warriors pass the eye test, so I can’t argue with your decision to keep them the favorites to win the NBA Championship. Its sound. They were the best team in the regular season, and outside of two losses against the scrappy Grizzlies, they have been consistently great in the playoffs.

Keeping things in the Western Conference to begin with, I believe Golden State matches up favorably with both the Clippers and Rockets, depending on which team wins game seven. They have to get by Memphis, which is no guarantee in my mind, but assuming they win in seven, I like their chances in the Western Conference Finals. Chris Paul can will LA to wins, as can Josh Smith for Houston, apparently. Both the Clippers and Rockets are excellent, but watching them play, something always feels left of center. They just aren’t smooth for a full four quarters. That is where the Warriors excel. I like them to reach the NBA Finals, even if I’ll be rooting against them.

Where you lose me is in the Eastern Conference. Sure, no team has decisively separated itself from the pack. But did you watch the battle between the Bulls and Cavaliers at all? That series was a nail biter between two great teams. Cleveland will advance past Atlanta or Washington, setting up a stellar NBA Finals matchup.

Here’s where experience ultimately wins out. LeBron James has tons of NBA Finals experience. LeBron James also has everything to prove. Where as the Warriors will be happy to be there, LeBron wants to avenge his Finals loss from last season and prove he made the right decision to return home. His Cavaliers are my favorites to win it all. He’s been there and done that. He’s also been there and lost in heartbreaking fashion. The King reigns supreme.

More Sports: Can the Warriors burn their NBA Playoff demons?