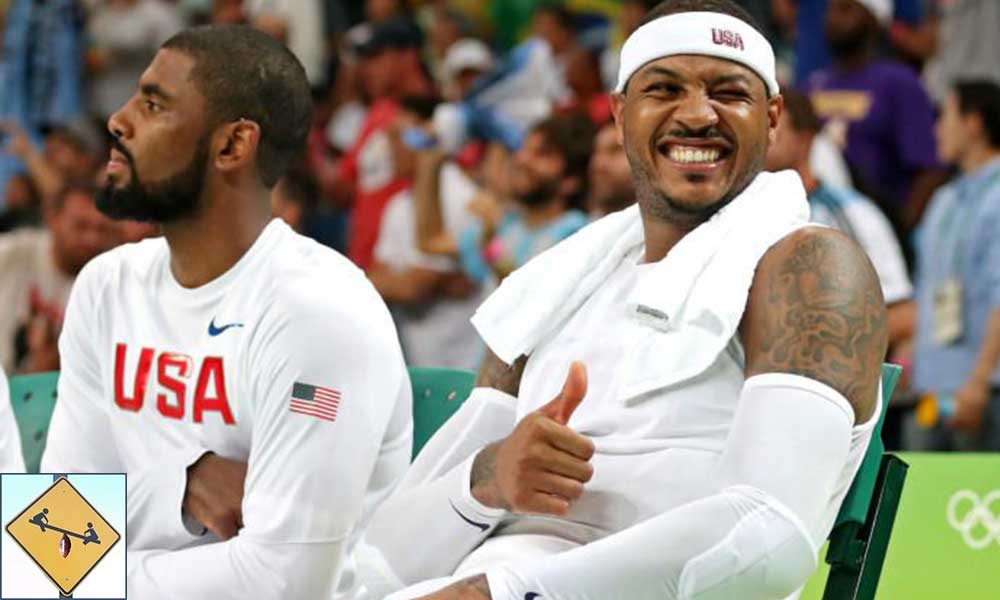 The future of USA Basketball is in jeopardy. Can the team keep decimating the competition and should we level the playing field? No. Winners win.

We know no Olympic season is going to be perfect for the USA. This year, it had some struggles in the preliminary rounds, but once knockout games began, Team USA vanquished all comers. No one is quite sure whether this was a good US team or a bad group of opponents. I lean toward the latter, though the former would have also been true had all the best US players participated.

But I’m not sure all the best guys are ever going to participate again. For one, as we saw, we can win without them. Two, guys have injuries to mend from, sometimes actually serious, sometimes just as excuses. There will be Olympics where we get a great roster and other times where it is lacking just a bit but Team USA is still favored considerably…that is, unless we change the rules or our country’s approach.

Where do you stand on the US roster construction? There are many little tweaks of the theory, but it is essentially a plan to use exclusively young guys in the Olympics rather than the best we have to offer. The logic is a bit misguided. It is in some weird attempt to prove that the US can still win without its stars while also attempting to get better basketball games. However, we know how the country reacts when the US plays “better” games: it freaks out that the guys didn’t win by more. Essentially this is just a nonsensical talking point.

I would be curious to see how a 25-and-under roster performed, or how a non-NBA roster performed, but that would be a fleeting desire. After one set of games, we would all be back to wanting the better guys on the court, even if the young team wins gold. Unless the sport decides to set up blanket rules for all teams, a la soccer, why would the US restrict itself? And if that happens, the United States would still hold a huge advantage, perhaps an even larger edge on the rest of the world. Right now, the best chance these other countries have is through veteran savvy and team chemistry/experience. That goes out the window with a roster of young 20-year-olds.

Despite what Carmelo Anthony and DeAndre Jordan say, the Olympics and basketball gold medals don’t really matter. How can you take pride in beating such inferior competition? There are alterations that could be made to make that gold harder to obtain, but they wouldn’t make it mean more. It would arguably mean less.

Gold medals matter, regardless of the sport. Unfortunately olympic basketball barely matters anymore, because USA Basketball is so unbelievably better than every other country. This applies to both the men’s and women’s teams. There is no competition anymore. The only intrigue is how much we win by and who was the leading scorer. I don’t see this changing.

Players can all take pride in winning a gold medal. It’s not their fault the competition stinks. If baseball was played at the olympics, we’d see some real competition. Many other nations have strong baseball players in abundance. Same with hockey. But with basketball and american football, there is very little international competition, despite the two leagues being more international than any other major American sport. What an odd state of affairs.

I like how USA Basketball constructs its roster. It gives the superstars the opportunity to represent their country, expanding from there as necessary. This is the ultimate personal decision, because all of the money, endorsements and international recognition come from the NBA and not a few lopsided games in Rio. But winning gold for the United States is a huge goal for many players. They grew up watching the “Dream Team” and are now a part of their own.

On the surface I love the idea of limiting olympic basketball to the under 25 crop of players. The olympics were intended to be amateur athletics, although no one is so naive as to believe this was ever the case. But you’re right that nothing will change on the court. Limiting other nations to their own under 25 crop of players will not even the field. It will likely have the opposite effect.

There is no solution for olympic basketball and USA Basketball should not give two damns about destroying the competition every four years. People watch because the superstars are playing. America is happy to win. Other nations dominate other sports, but ultimately its America and everyone else at the olympics. With Russia banned because of doping, our country destroyed the field in every conceivable sport. We have more money, more resources and more incentive to be the best. That’s not to say that other nations don’t want it as bad. It’s simply that they are Rocky training in the woods, while the USA is Drago with his state of the art facility. Minus the drugs of course, at least the illegal ones.