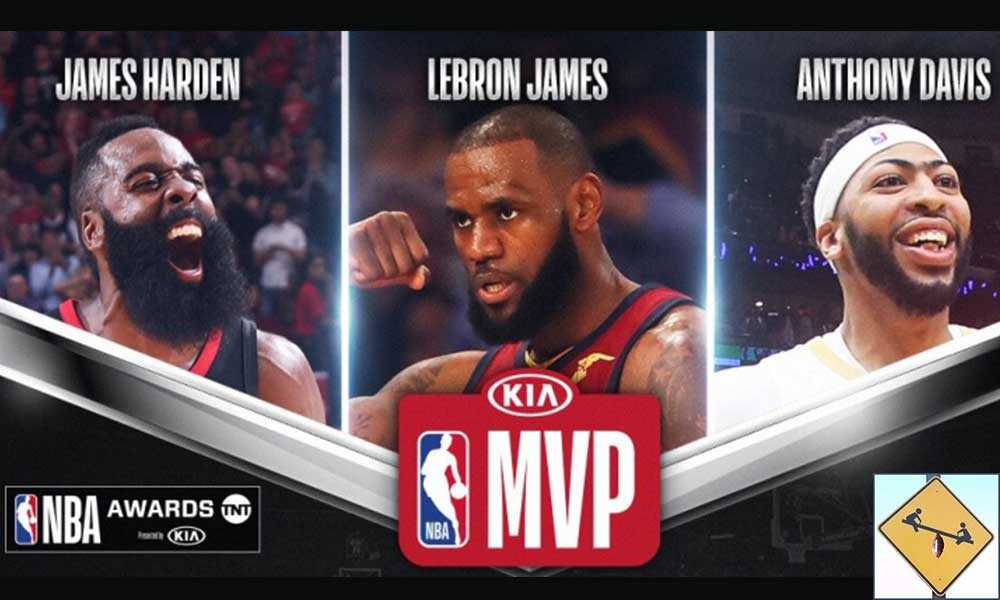 Does anyone care about the NBA MVP when it’s announced two months after the season? Its time to fix the NBA and NHL season awards, because the current timing is killing all the fun.

This past week, the NHL and NBA announced their respective awards for the 2017-18 seasons, including NBA MVP and way more. If it feels weird that every regular season award was announced after the postseason had already wrapped; if it seems odd that roughly two months have passed since games were played relevant to this prizes; if it seems so long that you had forgotten who was deserving of each award, you are not alone.

The proliferation of awards shows with these professional leagues has gone too far. The leagues delay the award announcements to make an entire night of the winners. That obviously cannot take place during the postseason because many winners are potentially still playing games. So they wait, and wait, and wait.

Victor Oladipo won Most Improved Player. He hasn’t played a game since April 29th. Dwane Casey was named the NBA Coach of the Year six weeks after his team was swept in the playoffs and he was fired as coach of the Toronto Raptors. Connor McDavid was named the Ted Lindsay Award winner on June 19. He last skated in a game during the first week of April.

I don’t have an answer for when the perfect time to announce regular season awards would be. But I know definitively that it is not two months after the year wrapped. That is just inane.

The discussions surrounding awards are at a fever pitch during the final weeks of the regular season and the first couple rounds of the postseason. After that, people are more concerned with the actual titles being played for. And after that, no one cares in the least.

Maybe I would have had a sensible argument for why Rudy Gobert should not have won Defensive Player of the Year having only played in 56 games. But I don’t even remember if I thought Gobert should have won six weeks ago. The Rookie of the Year debate seems quaint after seeing Ben Simmons wilt in the postseason. It feels like it hardly matters compared with seeing the young man develop his outside game during the offseason. Taylor Hall won the Hart MVP trophy, but I didn’t even remember who was nominated alongside him for the biggest award in hockey.

Surely you see this as a problem. I see some argument that this delay extends the conversation around these sports, approaching the 12-month domination of the NFL. But dragging things out for the sake of having a headline near the beginning of July is not the same thing as genuinely being noteworthy on those days.

To make matters worse, the NBA also apparently added stupid, ESPY-ish, MTV Movie Award-type categories like Best Style and Handle of the Year to accompany NBA MVP and the like. After the amateurishness of the draft, basketball is really looking sloppy.

I had zero interest in seeing who won the NBA and NHL season awards, with the lone exception of NBA MVP. Its way too late for even the most diehard fans to care, as the offseason is fully underway. The debate is dead and as you noted, most of us have forgotten why any particular race was close to begin with. Plus, both the NBA draft and NHL drafts already took place gosh darn it! We’re interested in the rookies and want to know which stars are on the move, not who was best last season.

I’m not sure what the best solution is, but I know it’s not this! Major League Baseball announces its season awards pretty late as well, but the king of American professional sports times things just right. The NFL announces its MVP before the Super Bowl, but after the playoffs. They have an extra week in there when the Pro Bowl is held and the NFL Honors event takes place. I’m not sure a night of festivities is necessary, but at least it’s during the season when the players and fans actually care. The announcement is perfectly timed. We remember everything about what each player has done and are anxiously awaiting the biggest game of the season. Other awards are announced before MVP. Nothing comes after the season ends. Considering how successful the NFL is and has been, perhaps other leagues can learn something in regards to their season awards.

It’s certainly more challenging for the NBA and NHL to time their announcements, since the start of the NBA Finals and Stanley Cup Finals are not set on an exact date. But the basis of determining award winners is the regular season, so what is stopping the voting committees from coming to a consensus during round one of the playoffs? The Raptors may have reconsidered firing their coach, had they known he was also coach of the year. I don’t know if that’s a good thing, but something is wrong when the coach of the year gets fired. Something is wrong when its hard to care if LeBron James or James Harden wins NBA MVP. Neither player’s team won the title, so ho-hum.

This is fixable, yet seems to be going in the opposite direction. Do we know the numbers on who watched the award shows? Each league does not need its own ESPY-ish awards like dunk of the year. The reason they don’t need them is because the ESPYS already exist! I realize Hollywood has a ton of shows awarding trophies for the same thing. The music industry does too. This doesn’t make it smart! Honoring country music apart from the Grammys makes sense, as its genre based and not as prolifically popular worldwide. However, we don’t need the Grammys and the Billboard Awards and the MTV Music Video Awards. They are all the same damn thing.