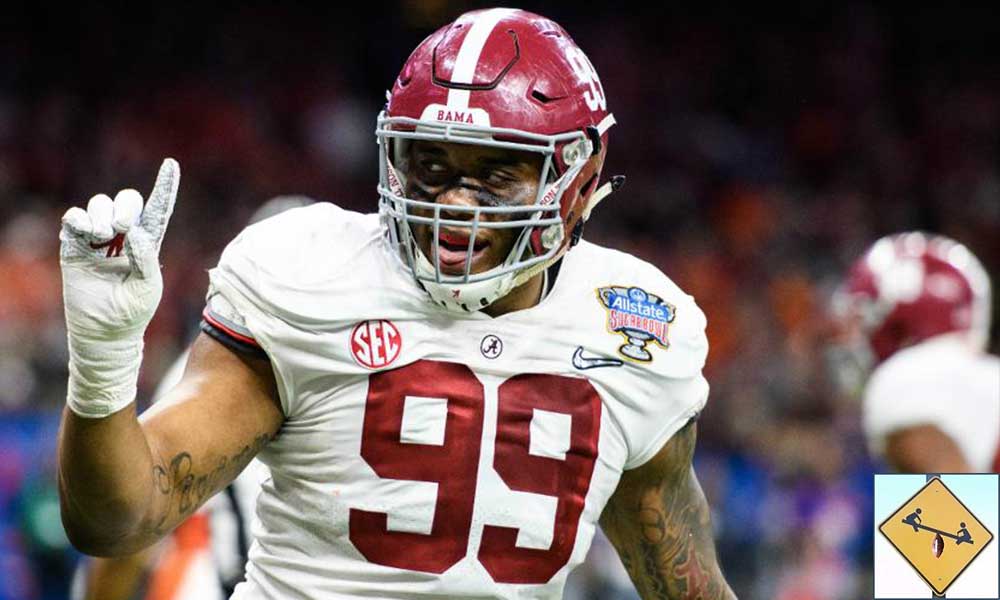 What would the 2018 College Football Season be without our first rankings? Boring, that’s what. The first rankings make or break the season, even if they’re completely misguided.

The first coaches poll for the 2018 college football season came out this past week. To the surprise of no one, Alabama was ranked as the number one team in the country. To no one’s surprise, Clemson was ranked number two. Unsurprisingly, Ohio State is third. Really, there are zero surprises in the entire top 25, and blue blood programs make up the entirety of the top 15.

As we know, though, the preseason top 25 often shows little correlation to the season’s final playoff ranking. Basing a season of expectations on who graduated and who the incoming freshmen are is a flawed exercise. Even non-football events impact the standings.

For example, it would be quite a surprise to see Ohio State finish the season as the number three team in the country. Coach Urban Meyer was placed on leave for either ignoring or being ignorant about repeated domestic violence accusations against one of his main assistants. As The Ringer’s Rodger Sherman put it in his opening paragraph, “A recent report suggests that Urban Meyer is a hypocrite, a liar, and a man who should not be allowed to coach young men. In his defense, Meyer seems prepared to argue that he was merely very bad at his job.”

Whether Meyer stays on or not, OSU is likely to have some leadership issues this season that make it a worse team than expected. Of course, even making that statement is doing a microscopic version of what Meyer supposedly did. Its putting the importance of winning football games over the situation that is actually playing out. Alas, this is a sports column, so we shall move on.

The thing preseason rankings do is give teams a slight leg up. Losing will knock them down regardless. They still have to win, but by starting ranked, they have already earned the benefit of the doubt. Continuing to win usually means preseason ranked teams hold their ranking and/or move up. Rare is it that a ranked team wins and drops down or out.

A win here, by any of these teams, will be considered a quality win for no other reason than that their opponent was ranked in the preseason. If Michigan, VT, FSU, LSU, or any of these squads end up faltering and having bad years, this week one win will still be marked as a win over a ranked opponent come year’s end. And if any of the four underdogs lose here, they are unlikely to drop much in the standings. They were “expected” to lose, and a 0-1 record won’t be held against them.

But what if the underdog Hokies were unranked entering the FSU contest instead of being #17? (The Seminoles are favored by a touchdown because they are a more public team and will be playing at home.) Then, a 0-1 VT team would be out of sight, out of mind, never to enter the annual discussion again unless they won out. That preseason ranking, regardless of the week one outcome, earns the team at least an extra week of existence.

Because of this favoritism, is it wrong to put out preseason rankings at all? We have discussed this in the past, but wouldn’t it be fascinating to watch early season games without being swayed by that tag number? In that instance, big-name schools would generate most of the buzz and discussion, but that happens anyway. We would judge teams based on the only things we could: results on the field. Obviously, there is a marketing benefit for ESPN to say the #17 team will be playing the #19 team. But that doesn’t feel like enough of a reason to keep a flawed system.

College Football thrives on pitting ranked teams against one another, so to lose that built-in excitement week one of the season is a HUGE deal for everyone involved. Waiting to release the first coaches’ poll for the 2018 College Football Season presents another problem as well. Are you suggesting that the first ranking be released after week one, based solely on the results of the first week of games?

While doing this makes sense in principal, what exactly would the rankings be based upon? Half of the teams will win and there is little basis to determine a “good” win versus a “good” loss. Using your example, how would you characterize a Virginia Tech victory over Florida State if neither team had a ranking to begin with? Savvy fans would have previously thought FSU the better football team, but they lost. Do they deserve to be ranked at all? Surely only teams that win week one deserve a spot in the top 25. How can you rank a team that lost over a team that won?

MORE BUZZCHOMP: PUSH Yourself Until It Happens

While I don’t care for preseason rankings and the 2018 College Football season rankings are about as chalk as can be, they do serve a rather significant purpose. They carry a ton of weight and add value to everything about college football that follows. This is a lot of importance to place upon something with very little basis of existence to begin with, but the alternative feels more like chaos. The only reasonable solution is to wait until a full month of games have occurred until releasing any kind of ranking at all.

Die-hard fans would likely be okay with waiting a month for rankings, but I’m a casual college football fan. Hearing that #6 is playing #10 means something. Hearing that Washington is playing Auburn doesn’t give me instant interest because I don’t know if either team is any good this season. It’s a total catch 22, but I’m on the side of keeping pre-season rankings. They give us something to get excited about week one of the 2018 college football season.