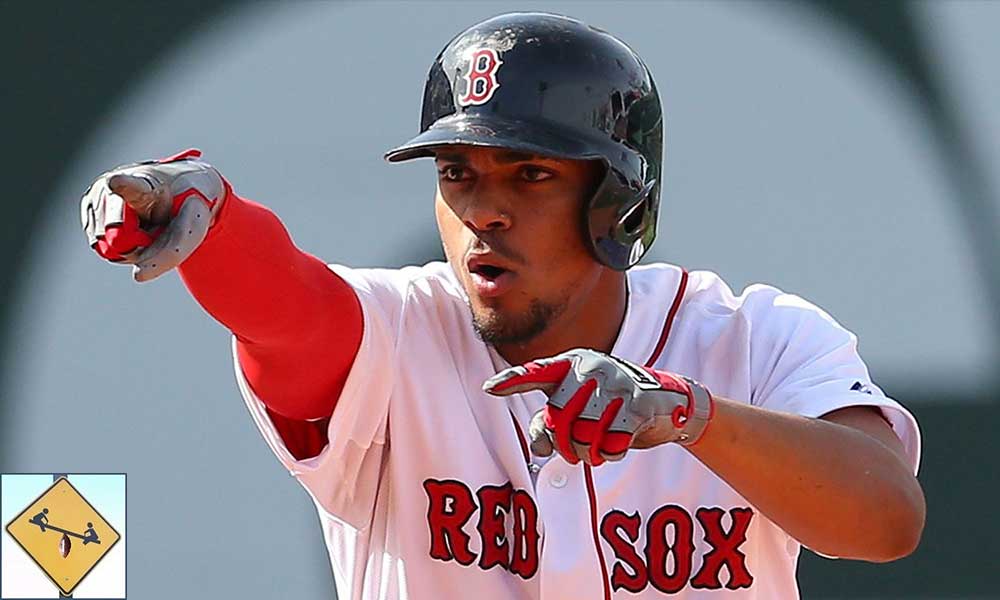 The MLB season returns with Fantasy Baseball 2017 and your can’t miss Sleepers and Busts. These players will win or lose you the season. You want to win, right?

Our last post before the start of the 2017 MLB regular season. One topic remains: fantasy baseball. Everyone knows to spend the most of their auction dollars on Mike Trout and to spend arguably no money at all on CC Sabathia. But what about everyone in between? Fantasy sleepers and busts!

Everyone has different definitions and degrees for what constitutes a sleeper or a bust. At the basic sense of the phrases, it comes down to the player over- or under-performing his draft status. It’s all about value; the rest is open to interpretation.

ALSO ON BUZZCHOMP: 2017 World Series Predictions Sure To Go Wrong

Though he never lived up to the hype that he built for himself in that first month or so of his first year, Pederson is now an indisputably useful fantasy player. He has good power, draws walks, and should have nearly a full-time job this season, with the possible exception of being platooned for against left-handed pitching. Also, he is dirt cheap as his hype has worn off.

Similarly to Pederson, Schoop offers great power for barely any money. He is a worse option in OBP leagues, but he has a full handle on 600 at-bats, thus producing well in runs and RBIs regardless of if he gets on base less than 32 percent of the time.

If he can only stay healthy! That is the story on McCullers. When he pitches, he is great. He just doesn’t pitch enough. At a certain price point, though, the reward outweighs the risk. He only costs a couple bucks to acquire; it hardly matters if he fails to reach even 25 starts. Meanwhile, if he does stay healthy, the return on investment will be massive. Last year, he struck out 11.8 batters per 9, ranking fourth in all of baseball among pitchers who threw at least 80 innings. He ranked 10th in the sport in FIP with the same qualifications. The dude is elite when he throws.

Never pay for a career year. It is one of the stalwarts of fantasy sports. Freeman is coming off a season in which he hit 34 home runs (never topped 23 in any other season), scored 102 runs (never topped 93 before), and slugged .569 (never topped .501 before). I’m not saying he can’t duplicate his best ever season. It just seems unlikely. Last year, he also blew away his career high in strikeouts, perhaps implying the batting average is due for regression, as his BABIP was an unsustainable .370 in 2016.

I actually like Bogaerts. This bust label isn’t about him having a bad season. Instead, he is simply overvalued in fantasy. He is probably a better real-life player. In fantasy, he is essentially a two-category player, which is not good at all for a top 30 player.

Bogaerts has a little pop but isn’t a home run hitter. He can run but isn’t a prolific base stealer. He walks but not as much as you would want. Really, his best attributes are batting average and the fact that he plays in a tremendous lineup (which boosts his RBI and run totals).

Gordon is coming off of a bad season, which should mean his value is good for a bounce-back. Instead, I think he is still over-valued in fantasy. At his absolute best, Gordon is elite in multiple categories, but that level is unlikely to return. In the most likely outcome for Gordon, he helps a fantasy team in just one category: steals. When players like Eduardo Nunez, Jarrod Dyson, and Jose Peraza are available for much less money, Gordon hardly seems worth buying. He will never help a team in anything besides steals, batting average, and runs, and that is when he is at his best. At his worst, he is a volume steals guy and a negative elsewhere.

The return of Fantasy Baseball 2017 makes me giddy! It’s the first few months of a new baseball season when the fantasy game is at its best. Players are so streaky in April and May, yet fantasy seasons are lost by June if you are too far back in the standings. Sleepers and Busts are critical to your success. I’m going to add three more Sleepers for the new season, since you nailed the top Busts, but first a few thoughts on our initial guys.

I’m not buying into the McCullers hype, but I can’t argue with his dirt cheap price. Stash him on the bench and see if his dominance materializes. Just don’t hold on too long. I like Pederson, but not Schoop. Yet that’s what makes for a sleeper. Most owners ignore the guy and you get to swoop in for the win. I’m on board with all three busts. These guys are overpriced and overvalued this season. There are cheaper options with just as much potential.

Pineda has been on ‘break out’ watch for several seasons now, but he isn’t going to get many more opportunities for it to materialize. Yet he throws a ton of strikeouts and very few pitchers can top that 200 K mark. At only two dollars he’s well worth the spot on your roster. Elevating his game from only six wins last season into double digits is highly likely with the improved batting order of the Yankees. Let’s just hope Pineda drops his ERA.

Cabrera batted nearly .300 last season and puts up solid RBI and Run totals. He’s not going to lead any statistical categories, but he offers great value for your Utility slot. Cabrera is one of the most consistent hitters in baseball, so you know what you’re getting and can count on him to deliver. His sleeper potential comes at a dirt cheap price, because if Melky surprises it will be with improved numbers.

Bird has sleeper written all over him, because he was playing great until getting hurt before last year. He put up excellent numbers in his rookie year and easily won the starting first base job for New York, despite not playing at all in 2016. Unless you’re a Yankees fan, you’re likely unaware of Bird’s true potential. He’s going for an average of three dollars, a real steal in terms of his high ceiling.