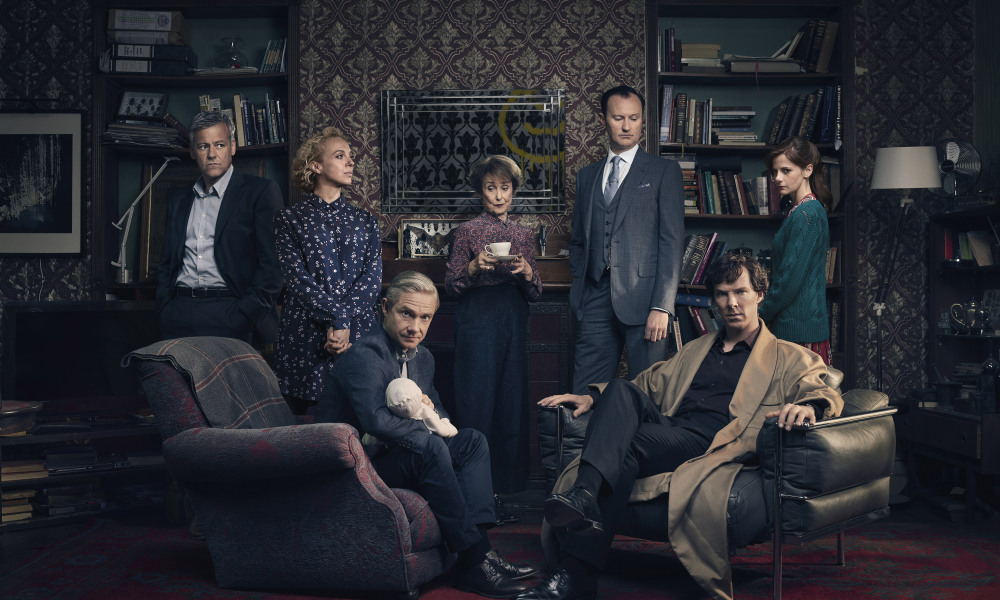 Sherlock, the BBC and PBS television drama, reached the conclusion of its fourth series. Speculation is this could also be the end of the show entirely. Say it isn’t so?

No one knows for sure quite yet; perhaps not even the show creators. However, it seems reasonable to assume that series four may have been the end of the BBC television show Sherlock, starring Benedict Cumberbatch and Martin Freeman.

If this is indeed the end of the show, thanks to busy and busying schedules from the stars and maybe a feeling that the stories ran their course, it was a satisfying if uneven finish. The penultimate episode of series four was certainly the best of the trio. Otherwise, the series felt overly emotional this year, like it was trying to prove a point before time ran out.

That point would seem to be that Sherlock Holmes is a good and normal human being. However, everything else that went on around the detective proved otherwise. He may have a “good heart”, whatever that means, but he didn’t do a good job of showing it. He often and routinely put his best friends in great peril, occasionally leading to their death. He had no respect for law enforcement or some laws in general.

Holmes was also far from normal, even beyond his great intellect and abilities. The entire universe revolved around him, even to the very end of the fourth series. His brother controlled the country, with a main goal of keeping Sherlock safe. That was the case up until his sister grabbed control of whatever she wanted. At that point, England was her oyster, except the only thing she wanted was to be close to Sherlock. Moriarty was the greatest villain, presumably, in the world, but all he cared about was playing games with Sherlock. On top of that, everyone dear to Holmes was there for his benefit; never their own.

A satisfactory ending to series four meant that everything was put back into place. It allows for the show to end, while also leaving the door wide open to continue. Nothing is finished because everything reset. Yet that re-calibration makes Sherlock feel done. We, as viewers, have traveled with Holmes and Watson through dire tests, only to come out the other end with everything back to normal. What else is there besides more random cases?

Of course, that also means the show never has to end. There are always more random cases. Subsequent episodes may not feel as emotional or like there is as much on the line, but there can still be mysteries that need Sherlock’s expertise. And that is what made the first couple of series so good. They didn’t rely as much on Holmes’ personal world, but rather allowed him to impact everything around him.