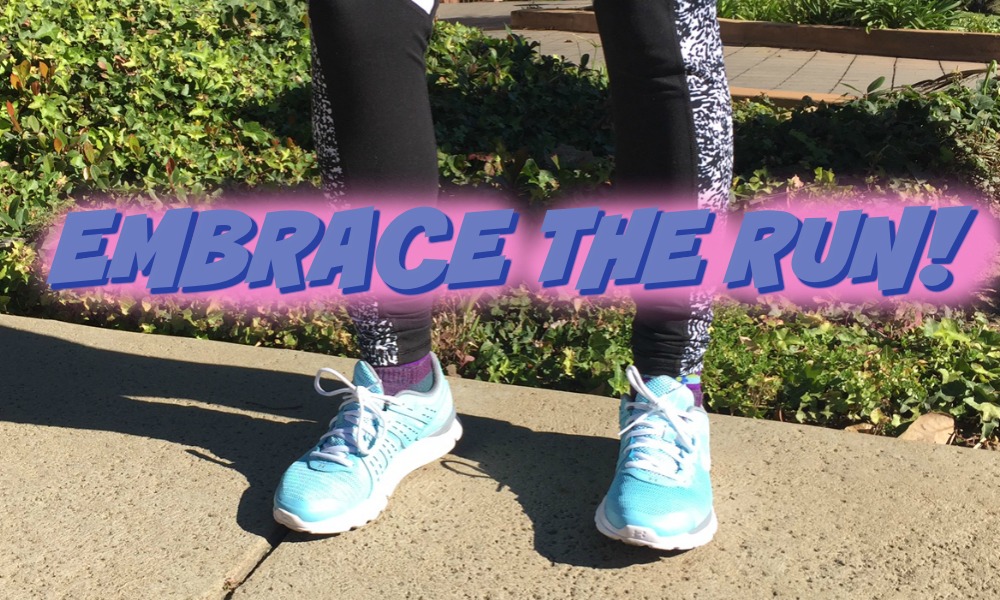 It’s easy to let your expectations of a run get in the way of actual running. I do this all the time and have been a lot during my pregnancy. I’m now on a mission to embrace any run I can do!

A few weeks ago I went out for a run as I do most mornings and felt this incredible pain in my lower back area. I continued to run through it, because that is just what I do. I thought it would subside as I continued to run, but I quickly realized that the farther I ran, the worse it felt. I didn’t want to let that stop me, yet ultimately I had to walk that day. I was faced with excepting my limitations as a pregnant lady and embracing whatever run I was able to accomplish.

I don’t run as fast as my man, so we have check points where he’ll wait and I’ll catch up. That day I was so thankful to stop when I finally caught up to him! I told him about my pain and we decided to walk it out for a while. I tried to run a bit more, but it was very painful and I was extremely bummed afterwords. I didn’t want running to hurt, but it did!

Since that day I’ve been doing mostly indoor workouts. I’ve tried to run a few times, but the pain was too intense. I needed to rest until my body felt strong enough and today it did. I decided to try another run. I wanted to see what I could do and how I felt so I could adjust. The thought of being inside in a gym for the next few months until my daughter is born completely bums me out. I’d love to be able to get out there and run! I need it.

My run today was by no means like my runs before, but it felt great to get outside and run as much as possible. It was a run/walk and I’m okay with that because I just loved being outside and taking in my surroundings. My back pain was still there, but it was minimal. I’m embracing whatever run I can do!

I made sure to listen to my body and I embraced what this run brought me. It showed me that I can still run and if I want to continue running like this, I’ll just have to do it! I’m okay with that. Running is such a large part of my life and the idea of not running is just something I don’t want to accept! I don’t completely feel like myself without my morning run.


From now on, embrace any run that you can do. Every day is different. Your body is always changing and I know that for me, my body is changing every single day! I’m seven and half months pregnant and I have to embrace what life gives me at this moment. If I can still get out there and run, then I’m going to do that! I will embrace whatever those runs are. They won’t be as fast as they once were and maybe I won’t be able to run as far, but it’s only for a moment in time. It will pass and I’ll soon be embracing different types of runs all over again!