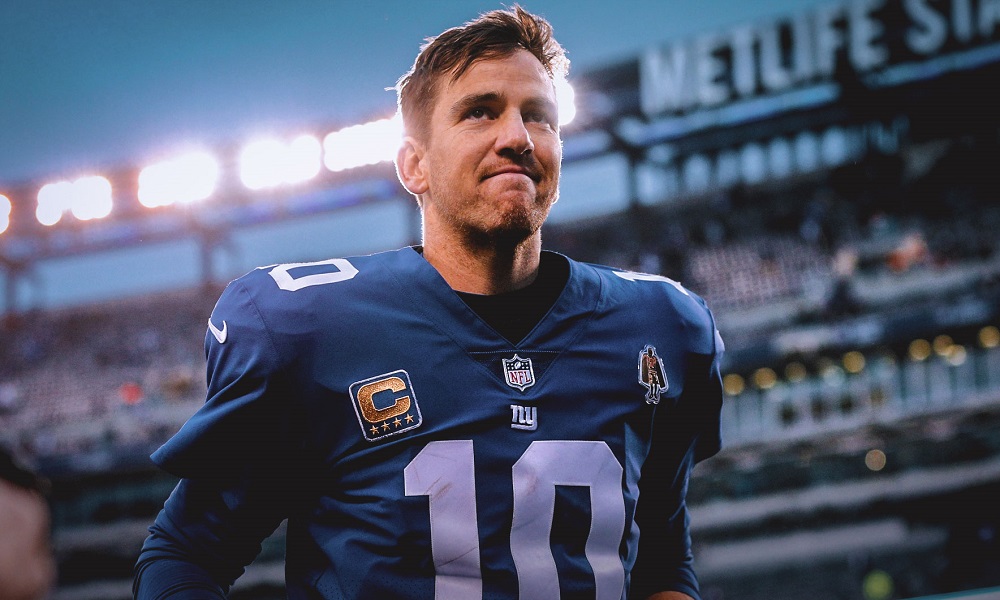 Its only been two weeks, but the NFL season feels very long in New York. Eli Manning final days, the Daniel Jones hype, plus a black cloud over the Jets. Section 323 podcast.

There’s no denying it was a wild and exciting ride with Eli Manning as New York Giants’ quarterback. His final days go under the microscope as one era closes and a new one begins. Phil is damn excited! The same cannot be said of Bud, who is consumed by the black cloud over his Jets. His prediction sure go to wrong; the Jets lose to New England by 50 points. Ugh.

NFL fans are typically vocal, but these two New York fans are worse. If an inter-city rivalry exists between the Jets and Giants, then Phil and Bud are it. The ‘Section 323’ NFL podcast covers the entire league with a New York focus. Both New York teams had potential this season, but its now a distant memory. At least Daniel Jones brings something new, as Eli Manning takes a seat. Phil and Bud have nothing nice to say, so don’t expect a compliment.

Do you believe Daniel Jones can turn around the New York Giants season? Will the Jets score a touchdown versus New England? Both New York teams have little hope of success, but the season is far from over. Who will end with a better record? There are no mulligans in football.