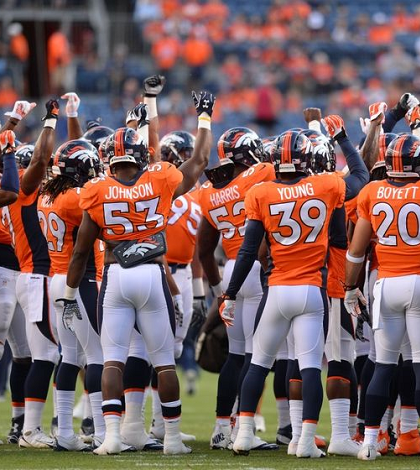 As terrific as the Denver Broncos have been in recent years, some believe they just can’t get over the hump. Peyton Manning isn’t getting any younger, the coaching staff essentially disbanded following the playoffs, and there’s a chance these Broncos simply missed their window for title contention.

That said, Denver is an organization that’s used to winning, and fans can rest assured that if there are moves that can keep this team in contention, they will doubtless be explored. And this past offseason the Broncos front office did make a few major moves aimed at keeping the team among the top few in the league.

When John Fox wound up becoming the new head coach of the Chicago Bears, most of the Denver coaching staff disbanded, with some following Fox and others heading elsewhere. New hires were in order pretty much across the board, and the Broncos ended up with some interesting names.

Gary Kubiak heads up the list as the new head coach of the Broncos, having served one (fairly successful) year as the Ravens’ OC after a seven-year stint as the Texans’ head coach. Kubiak will be working with former Dallas Cowboys head coach Wade Phillips as defensive coordinator, and NFL coaching veteran (and 2006-08 Denver OC) Rick Dennison as OC.

What stands out most about this group is experience. Kubiak was viewed by some as a strange hire given that he’s known to prefer mobile QBs, but the early word is that he’s not going to try to force Manning into an uncomfortable situation. Kubiak and Dennison have indicated they like how their new offense is progressing.

It’s the nature of salary-capped leagues that talented teams just can’t keep all their players, and the Broncos felt the sting of this reality this past offseason. Specifically, the team lost stud DT Terrance Knighton to Washington (though the Redskins actually got him at a bargain), and TE Julius Thomas, who’s on his way to Jacksonville. Both losses will hurt in the short-term.

That said, Denver made some important and positive moves as well. Most significant of all was probably designating WR Demaryius Thomas as a franchise player, before ultimately signing him to a five year deal. However, the Broncos also made one headline acquisition in the form of TE Owen Daniels, who has experience playing under Kubiak and will look to combine with Manning in a way that immediately replaces Julius Thomas’s production. With no disrespect to Thomas, whose talent is undeniable, the hope in Denver will be that much of his production was a result of Manning’s excellence, rather than his own. If that’s the case, Daniels has the tools to at least approximate what Julius Thomas was able to do with the Broncos.

Drafting For The Future

Because the Broncos remain one of the most talented teams in football from top to bottom, they were able to use the NFL Draft not to find immediate impact players, but to build a foundation for the transition to come when current stars age out of their roles. And in this regard, the Broncos had a pretty strong offseason. Here are some of the most significant draft selections they picked up.

Beyond these three picks the Broncos used the rest of the draft, including three seventh round picks, to add depth for the future. Ray, Sambrailo, and Heuerman are the likeliest rookies to contribute in the short-term, and could all wind up being very helpful.

Let’s Try This One More Time

Ultimately by securing Demaryius Thomas long term, finding a cheaper replacement for Julius Thomas, and hiring a coaching staff full of veterans, the Broncos have communicated their determination to stay on top as long as Peyton Manning is in town. As stated, there’s a feeling among some that Denver might have trouble getting over the hump – but the talent is there to win a Super Bowl, and this offseason didn’t change that.

More Sports: Evaluating the New Faces of the New York Giants in 2015