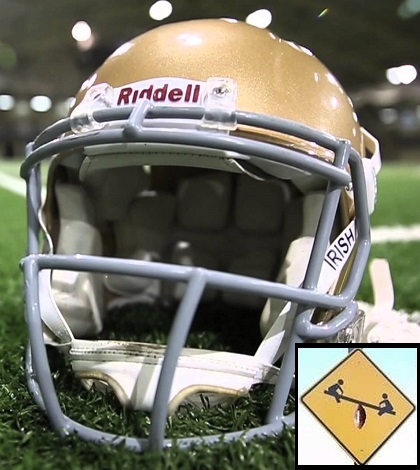 College Football week 3 is dominated by out of conference cupcake games. But easy victories do not equal College Football Playoff berths, so why are the top contenders watering down their schedules? Isn’t a championship the ultimate goal?

The pollsters somewhat shared our concerns over bad wins from this past weekend. Auburn’s victory dropped it a number of spots in both the AP and the coaches’ poll. Voters weren’t as harsh on the likes of Georgia and Notre Dame however; each remains in the top 10 for another week. As for Oregon, the Ducks became the best one-loss team in the country, but that still dropped them outside of the top 10 in both polls.

Entering week three, it is still much too early to write anyone off for sure outside of fringe contenders who have already fallen like Boise State and Arkansas. The rest of these playoff contenders have a ton of ranked opponents coming up sooner rather than later. In fact, both Auburn and Notre Dame face top-tier opponents this very weekend; the former playing No. 13 LSU and the latter against No. 14 Georgia Tech.

The interesting thing to keep an eye on are teams’ out-of-conference strength of schedule. A number of top teams scheduled no one of note in the non-conference, making an undefeated run almost a necessity. Compare Oklahoma getting a nice victory at Tennessee to TCU and especially Baylor playing lollipops prior to Big-12 play.

If things are close at the end, we saw last year what having no quality win in the non-conference slate can do to someone’s ranking. The Sooners have a chance now to advance the furthest of anyone in the conference…although the three teams all play one another anyway, which should settle most of the debate for itself.

What is the argument though for schools still scheduling cupcakes in the non-conference? Don’t athletic directors get it by now?

A team can only afford one or, at most, two losses in a given season. If there is no strength of schedule to fall back on, even that buffer is eliminated completely. The BCS had always been similar in rewarding teams who beat good opponents early in the year; the playoff committee should be same. Why have ADs not noticed or choose to ignore such a vital piece of information? Scheduling scared is becoming the biggest holdup to teams making playoff pushes now.

You asked an excellent question with a very straightforward and easy answer. College Football teams schedule cupcake games, and lots of them, for the money. Above all else, the sport of football is the biggest money-maker for colleges and universities alike. Cutting too far into that bottom line is bad for business, and ultimately bad for the football team itself.

TCU and Baylor are nationally known college football commodities, and both schools want to keep it that way. It wasn’t always the case, and won’t necessarily last. But this season, a game with either school is a big-ticket item. It spells big money for opponents, and athletic directors know this. Filling up their out of conference schedules with cupcake games means victories, and keeps them nationally relevant by winning lots and lots of football games. This equals big money long-term by making bigger and better bowl games to end the year.

Now for the real question; when does winning a College Football Championship become more important than making a lot of money for the school? If your team ultimately wins, does a championship mean more money in the long run than what is made from padding your record with cupcake victories?

The answer to the second question is certainly yes. When your team wins it all you get better recruits, you get the national spotlight and endorsements. Your school is elevated to another level and the money follows. But I’m not sure winning a championship ever trumps making money, and the easiest way to make money is with lots of easy victories.

Bringing us back to week 3 of the college football schedule, we are about to find out just how “good” TCU and the other schools playing cupcake games actually are. In order for these matchups to not adversely affect playoff chances, these schools must absolutely destroy their weaker opponents.

Is this good football? No, it sucks. Is this good business? Yes, yes it is. Whoever keeps winning will stay in the playoff conversation. But like I said on Monday, a good loss by Oregon trumps a cupcake victory every time. Anyone can get paid to humiliate a weaker opponent.