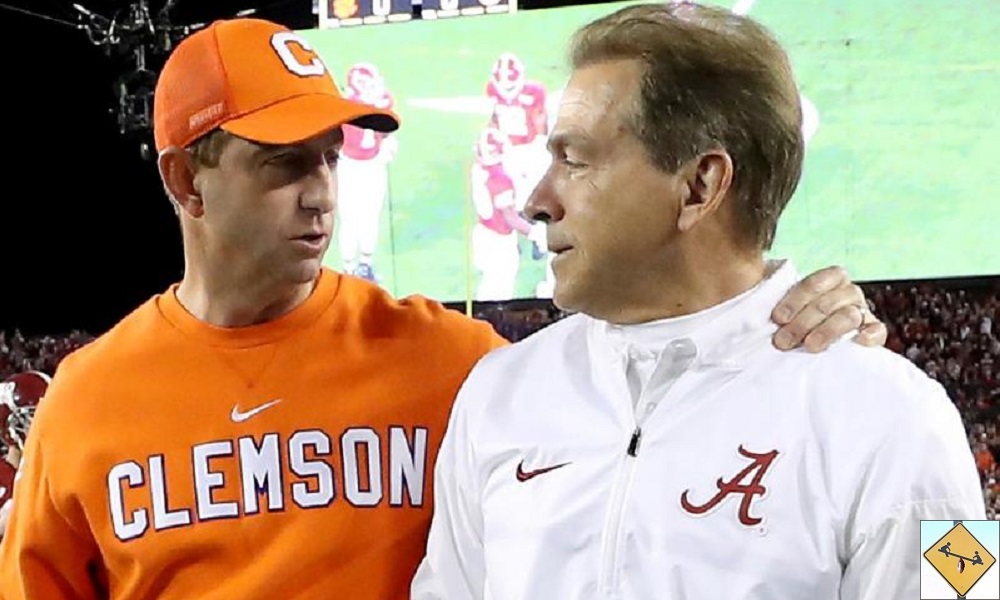 A third playoff rematch is now happening and everybody wins. Except Ohio State. The College Football Playoff 2018 needed this and Alabama versus Clemson won’t disappoint.

We overlooked something in our predictions for who would make the College Football Playoff 2018. We overlooked the fact that bad losses are now worse than good wins are good, if that makes sense. That is what the committee has told us with its decision to place Alabama in the playoff ahead of Big Ten champion Ohio State.

Alabama went 11-1 this season, neither winning nor losing its conference. The team played one top 15 team this season (according to FPI) and lost that game handily. It also played six opponents outside the top 50. It wasn’t the Crimson Tide’s fault that the SEC was down this year, but it also wasn’t Ohio State’s fault.

The Buckeyes won the Big Ten. I had assumed that would vault them into the final four come December 3rd. They beat No. 4 Wisconsin. They also beat then-No. 2 Penn State and then-No. 12 Michigan State earlier in the season. The weak teams on OSU’s schedule were in fact weaker than those on Alabama’s, but the latter had so few quality wins as to make the point moot. Or so I assumed.

ALSO ON BUZZCHOMP: Avengers Infinity War Too Big For Every Hero

Then it hit me. Ohio State didn’t get eliminated from this discussion because of quality wins or an argument about winning a conference title. It got eliminated because of one loss: November 4th at Iowa. That game eliminated the Buckeyes from playoff contention. We know this because they won every subsequent game. It makes you wonder, what if OSU had still lost to Iowa but by fewer points? What if it was a controversial loss? The committee set an interesting precedent here.

This essentially means a bad loss is worse for a resume than any good win could be good, because OSU had at least two wins better than anything Bama did this season. If that is the case, aren’t teams much better off scheduling weaker slates for themselves, in the hope of finishing 12-0 or 11-1? Only five Power 5 teams finished with one or fewer losses this season. Four made the playoff; Wisconsin fell short. That seems like the recipe, which is kind of confusing.

For so long, college football fans were lectured about strength of schedule and building a quality resume. Huge, out-of-conference wins were vital. Winning a conference was vital. These were the cornerstones of a good season. That no longer feels true. Wisconsin came just as close to making the playoff as the team that just toppled it for the Big Ten crown. The Badgers’ biggest success of the year was defeating everyone they played but no one of note. In other words, they didn’t lose to Iowa.

You have to admit that getting blown out by Iowa of all teams is pretty damning for a team’s resume. In all sport at all levels, any team can defeat another on any given day. We saw this when Appalachian State beat Michigan several years ago. We know this because the 2017 New York Giants and San Francisco 49ers have two wins each. Both teams stink. Yet in spite of the fact that any team can potentially win at any time, it’s the responsibility of a playoff contender to win against cupcake opponents. Sorry not sorry Iowa. You may have won, but it is Ohio State who lost.

I don’t personally agree with leaving Ohio State out of the college football playoff 2018, since they just knocked off the only undefeated Power 5 team and previous number four in the country. But I knew the committee would include Alabama if it were close. The potential for a third straight rematch between Clemson and the Crimson Tide was too good for everyone but Ohio State. Now we get one, all be it in the semi finals. I want this, college football wants this, and so does nearly everyone else. We want the two best teams to play one another in the playoffs. Playing for the championship is ideal, but fans can still be happy. Just like Golden State versus Cleveland in the NBA. Just like Astros versus Dodgers in baseball. When the two best teams are obvious, everyone wins when they face off.

We wrote back in early September how a rematch between Clemson and Alabama was inevitable this season. Despite predicting it would happen for the championship rather than in the semi finals, we were right about the rematch. For a sport that has yearly turnover of its best players and a constant coaching carousel that is impossible to predict, some continuity at the top is great. I’m a casual college football fan, so Alabama versus Clemson is wonderful. This is a rivalry I can get behind and one that will not disappoint in the college football playoff 2018.