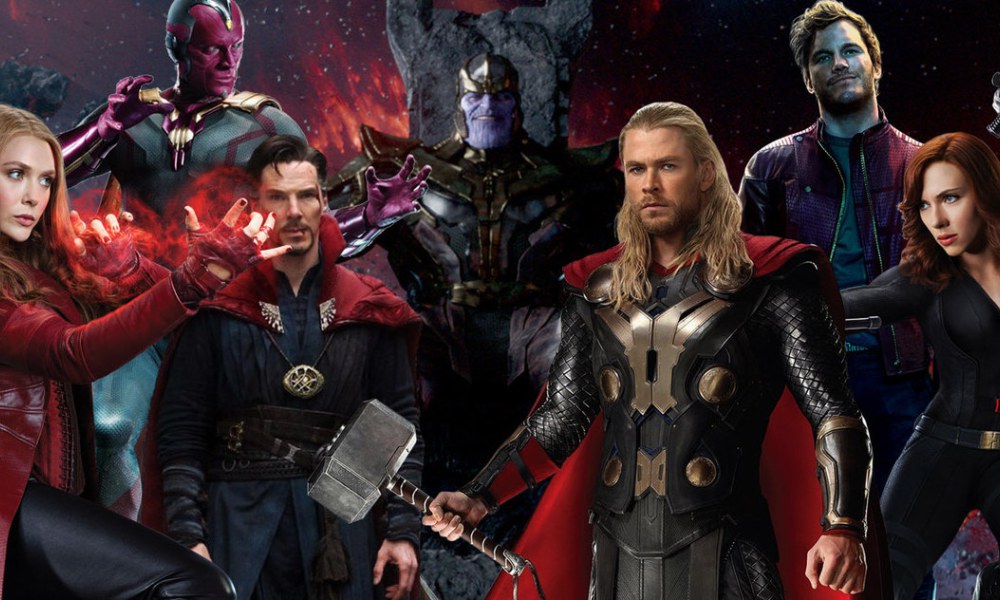 The first trailer for 2018’s Avengers: Infinity War was released this week. The movie looks huge; too huge to make sense as the superhero team-up its meant to be.

From opening glimpses, Avengers: Infinity War looks hugely, monstrously massive. The first trailer is impressive, but slow your roll. The movie won’t necessarily be great, but the product looks like the biggest thing humankind has ever released. There is Iron Man, Thor, Captain America, Doctor Strange, the Guardians of the Galaxy, the Incredible Hulk and oodles more superheroes lending a hand. Beyond the endless roster of heroes, though, the event looks like the biggest thing ever.

A galactic god-like being named Thanos is here to capture the six infinity stones and control all of space, time, and existence. Now if that isn’t a big plan, I don’t know what is! Thanos feels like the biggest, scariest baddie with the grandest plan we have ever seen. And the Avengers are the biggest, best superhero team-up group, but even they aren’t enough. They need to call in reinforcements for this one. The stakes could not be bigger.

Of course, viewers know the stakes aren’t all that big in actuality because a sequel is already planned for release in summer 2019. This is just the latest chapter. But what a chapter!

ALSO ON BUZZCHOMP: Be Stronger Than Your Excuses

This massive feeling that surrounds Avengers: Infinity War is both good and bad. Obviously, building up such a feeling is vitally important in order to draw interest to yet another film in the Marvel cinematic universe. If it didn’t feel grand enough, it would be ignored. The downside of this, though, is two-fold.

The second point is my main concern. It is expected that not all characters will receive the same amount of screen time. It’s why each has his or her own movie to boot. But look at Thanos and the plot of this film (according to glimpses in the trailer). Then look at Black Widow. Or look at Star-Lord. Look at Captain America even. What can these people possibly do to stop Thanos? Aren’t they just going to be in the way?

Being really strong, athletic, and powerful compared to a normal human is great. It helps when stopping robbers and evil geniuses on Earth. Being much less strong and powerful than your enemy when you have no other skills, though, is not ideal. Is Black Widow going to shin-kick Thanos to death once he’s already in possession of the power stone, or one of the other infinity stones? In the trailer, we see Vision (who was created by and survives with the mind stone inside him) seemingly being killed and the stone removed from his skull by Thanos. Vision, who was probably the most powerful Avenger to begin with, couldn’t cut it. Call in the guy with the heavy shield! That’ll stop him.

These are sort of necessary problems in such films. Some of the superheroes are so powerful that making the enemy anything else is uninteresting. It’s one of the reasons why Superman projects so often failed. But the uneven balance between heroes makes some obsolete. Doctor Strange is being called in as a reinforcement here. He can literally alter space and time, calling upon energy from endless parallel dimensions. But good thing we also have a guy who can shoot a very accurate arrow! Team-up movies lend themselves to this issue like standalone properties do not. It’s a major problem that will surely leave either a shaky plot in it’s wake, or be a waste of an action star. At least Avengers: Infinity War is huge.