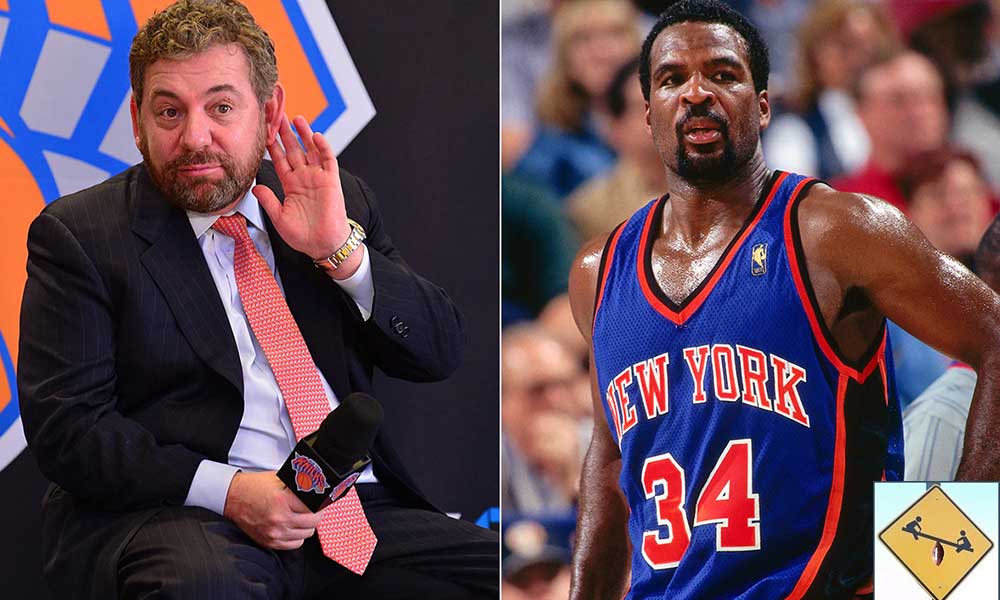 The New York Knicks made a fool of Charles Oakley and themselves. Our 45th president did something similar. Ten quotes, but who said it?

Sports are interesting on the field. They are often just as interesting off it. That is the case with this story surrounding Charles Oakley and the New York Knicks. Oak was removed from a recent game at Madison Square Garden and subsequently arrested for assaulting the staff that removed him. It remains to be seen what Oakley actually did to deserve being kicked out (if anything). We also aren’t clear what happened after.

What follows are a batch of quotes from reporters, players and those involved in the Oakley incident. Sprinkled in are also quotes about Donald Trump aka 45’s travel ban. Can you tell which quotes belong to which incident? It is surprisingly difficult! Give it your best.

The Charles Oakley incident was a real shame for both sides involved. The New York Knicks don’t seem interested in embracing their older star players, going so far as to alienate them entirely. While its unclear which side was more at fault, its obvious that neither looks good right now… just like our 45th president!

These ten quotes are an incredible mix of slander and removal of doubt. All could be attributed to the Oakley incident or to 45’s travel ban. Let me take a stab at each one, but nothing would surprise me less than to be wrong.

1. “We had spent a lot of money on [tickets]. It is so sad that…I was humiliated this much.”

This seems too level-headed of a statement for Oakley to make. I believe its someone who befell the consequence of 45’s ridiculous travel ban.

2. “This could happen to any of us!!! #StayWoke We are not above this treatment!”

Now this feels over the top enough regarding what happened to Oakley! Unless this was a trick question, I believe another famous Knick uttered these words.

4. “This hasty decision was denounced by some people and considered unfair by others.”

Can the answer be both? I believe this is about the travel ban, without a solid foot to stand on… much like the ban itself!

5. “We do not agree with this kind of approach and it is not one we will be taking.”

This is about Oakley’s incident and how other teams would handle their own situation like this… right?

6. “I bought the ticket. I said, why do you guys keep staring at me? Then they asked me to leave. And I said, I’m not leaving.”

This feels like what Oakley would have said, but it’s probably too calm. I’m going with a passenger hit by the travel ban.

7. “I only got mad when they told me I couldn’t stay and they start surrounding me.”

Now we’re heating up. I think Oakley said this!

I’m going with Oakley again, because the whole thing was very confusing.

9. “We are going to put the ban in place and hopefully it won’t be forever.”

The New York Knicks said this. Although, I don’t believe they meant it.

Now we’re back to the travel ban. Famous Knicks were never treated with respect by Dolan.

You performed pretty well here! Congrats. You started off very well out of the gate, even if your deductions were off in some cases (number two was said by Dwyane Wade on Twitter!). Your answers to numbers one through four were all correct.

More Sports: Should Athletes Take a Stand Versus 45?


Number five was said by the UK prime minister in response to the United States travel ban. Six was indeed Oakley. You talked yourself out of the right answer. Number eight was said by Sean Spicer at one of his infamous press conferences regarding 45’s ban. I thought I could get you with number nine, but that is certainly about a ban of Oakley from MSG. Nice zinger in your response to number 10, and you are correct. You finished out the quiz with seven correct answers out of 10 misleading quotes. Well done!