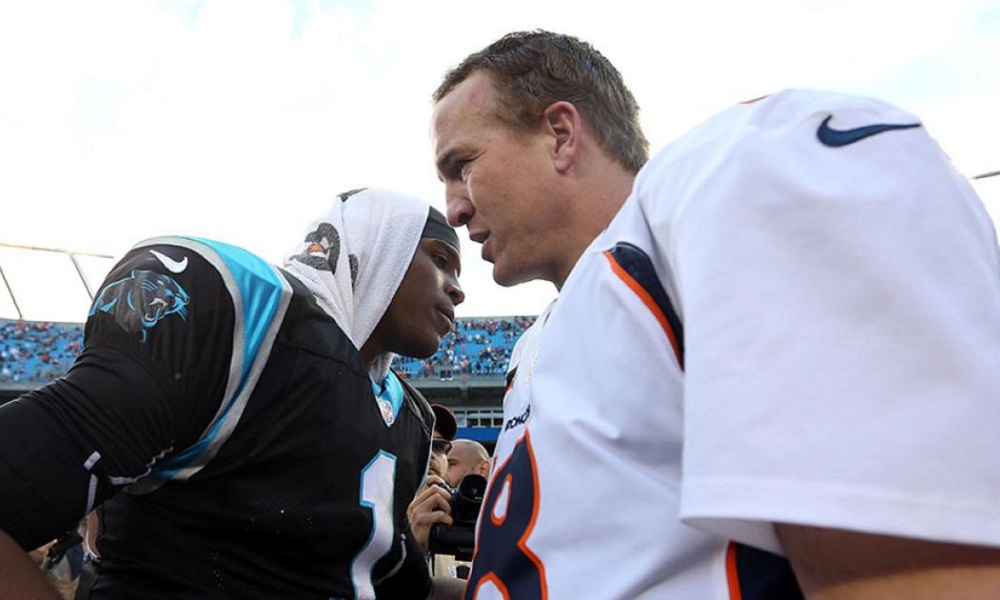 What happened when Cam Newton and Peyton Manning met for a Gatorade commercial two years ago? Did Manning impart wisdom on the young quarterback, or was it Newton who stole the other’s mojo?

Was Gatorade playing at Nostradamus when they made a commercial with Peyton Manning and Cam Newton? The two may square off in Super Bowl 50, but the real question is, what went down on that fateful shoot day. What ha happened?

Description: Cam Newton had an excellent rookie season, but had difficulty putting things together in the season that followed. Then he met Manning and now his team is unstoppable. Coincidence?

No, certainly not. You have this all wrong, starting from the movie analogy this picture represents. This is not Peyton Wan Kenmanning teaching Cam Newton the secrets of the force. This is Space Jam.

What is happening here is Newton is stealing Manning’s skills, a la the Monstars from Space Jam stealing the mojo of the best professional basketball players on the planet. What happened next? The same thing that happened in the movie: Newton became really, ridiculously good; like the best player in the league good, the next MVP good. And Manning? Well, he has been in charge of the worst offense in the NFL this season. He himself has been the league’s worst starting quarterback. Only when Manning was sidelined with an injury and Brock Osweiler came in did the Broncos offense look remotely competent.

Manning didn’t teach anything. Manning was robbed of his football mojo here, and the benefactor was Cam.

In Space Jam, I assume the NBA stars got their Basketball Jones back, but that isn’t happening in this real-life version. Manning is forever robbed of his football talents. The future is Cam the Monstar.