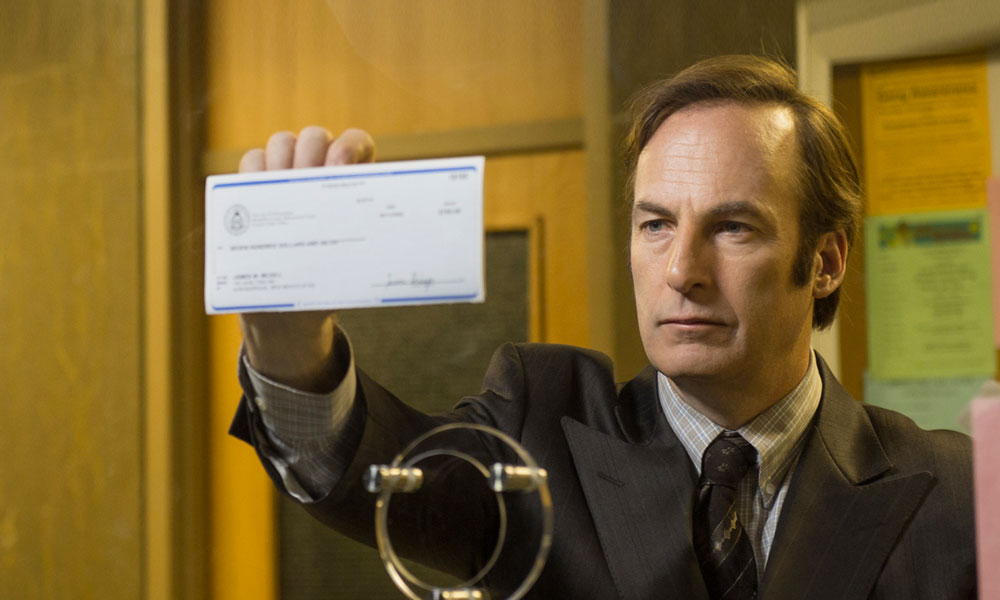 The fourth season of the AMC drama Better Call Saul comes out the first week of August. Viewers have ignored this show for three seasons running, but the disregard can last no longer. Do not ignore Better Call Saul season 4.

The fourth season of the current best show on television premieres on August 6. Better Caul Saul season 4 has snuck up on us for two reasons. First, there was a lengthier-than-normal wait between season three and season four. Second, no one watches the show, so each of the four seasons likely snuck up on people.

The show in question is AMC’s aforementioned Better Call Saul, the spin-off to the legendary Breaking Bad. Better Call Saul is so triumphantly excellent that it is astounding how many people are ignoring the program. But it has a few things working against it.

ALSO ON BUZZCHOMP: How Should Teams Approach the 2018 MLB Trade Deadline?

BCS (a show that no one abbreviates as BCS) is “slow.” It isn’t an action show. Other than a few set pieces here or there, there are no big chases or showdowns. This is a show about violent people, but it isn’t inherently violent like its source material was. Better Call Saul is the desk cop to Breaking Bad‘s cop who just had his badge and gun taken away. BCS is a courtroom drama as much as anything else. That isn’t the type of genre that brings in outside viewers.

The other thing working against this show’s popularity is the fact that everyone who would be interested technically already knows how the series will end. It ends with Breaking Bad. This is a prequel to a tee, dissecting how characters from Breaking Bad developed into the ones we watched.

That means there can be no serious consequences to the characters we are familiar with. Saul (Jimmy McGill) isn’t going to die. We know he’s alive. Mike Ehrmantraut is going to make it out of every interaction with a nefarious character. Gus will too. We know this because we know where the main characters end up in Breaking Bad. It is an unavoidable consequence of creating a sequel. It is surely a main turnoff for some viewers. However, BCS doesn’t suffer for it in my mind.

The environment created here by Vince Gilligan is arguably more impressive than the one he created in Breaking Bad because of that degree of difficulty. He, his writers, and his co-creator had to develop an interesting world with no endpoint. Or rather, they had to do so with an endpoint that had already been decided before they started. That means they had to backdate every character we knew and surround them with foils that made sense.

Without spoiling anything from previous seasons, there were numerous characters and situations thrown into this world that make it incredibly rewarding. Each scenario feels pressing and important even if we know, years down the line, Jimmy is going to be Saul and meet Walter White. That end point doesn’t detract from the current action. In certain instances, it even inflates it. Seeing how the relationship between Mike and Saul developed (and between Mike and Gus) is great. Seeing how Jimmy actually melds into Saul is powerful as well. And there are still secrets in the coming plot. Jimmy’s brother wasn’t a character in Breaking Bad. Neither was his partner/love interest, Kim Wexler. Gilligan can still drop some twists on us in terms of characters he newly introduced.

New in Better Call Saul season 4, and perhaps to entertainment at-large, will be immediate Netflix releases the day after episodes air live on AMC. This is a game-changer for the streaming platform that has been easing itself away from the full season binge. With new talk shows and documentary shows, Netflix has been releasing new episodes each week, veering completely away from the season-drop that made it popular. This is an interesting gamble to take with a serialized drama, though the fact that it is releasing these episodes concurrently with a live season lessens the risk to zero. It was either this brilliant move or waiting nine months to drop the season in its entirety.

Perhaps BCS is the perfect show to try this with. (Netflix may be doing this with other dramas that I am not aware of.) It doesn’t have a large enough audience to be bothered by a rare change. But it is a good enough show to use a new platform to draw in viewers that ignored the first three seasons. Do not ignore Better Caul Saul season 4!