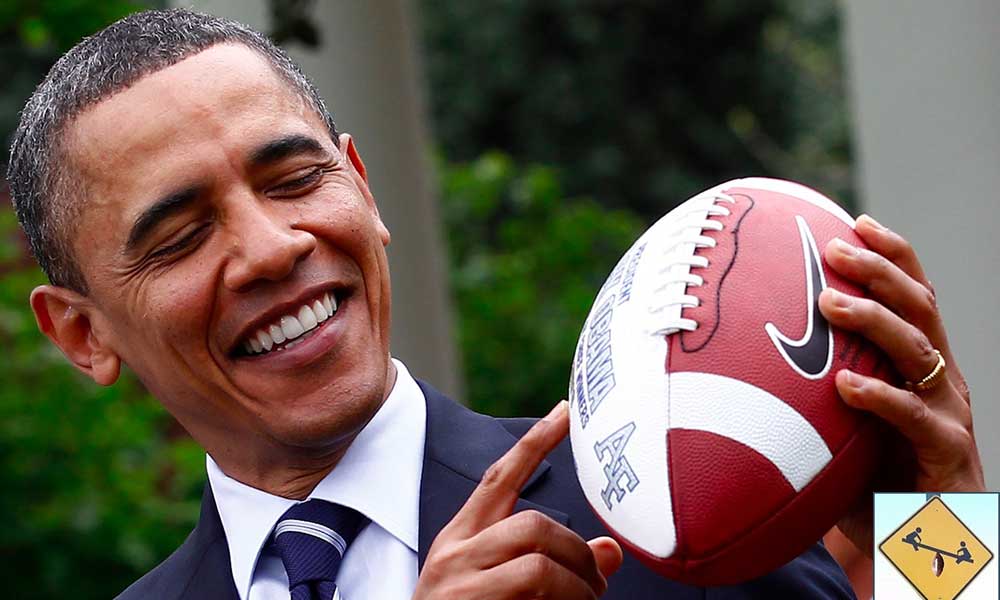 Who is the Sports Obama of 2016? Well respected and poorly replaced are requirements for such a lofty title. This is a hard accolade to nail down. Best of 2016!

After naming 2016’s Sports Trump, shouldn’t we determine something happier as the calendar year winds to a close? Who is the Sports Obama of 2016? Now, to be clear, this isn’t a clear-cut winner who is going out on the top of his game. Instead, it is someone who everyone realizes was damn good and that we will miss tremendously when (or, now that) he is gone. This is a trickier category, but think of it as if Peyton Manning was good last year, and the Broncos had to go from that to Trevor Siemian. Luckily for Denver fans, Manning was atrocious, and the transition was much smoother.

So who do we have as 2016 Sports Obama nominees? One who immediately comes to mind is Michael Phelps. He is retiring at the top of his game and the sport of swimming. Besides Katie Ledecky on the female side, there isn’t a clear usurper of Phelps’ throne. However, I’m not sure of the validity of this option since we won’t think about swimming again until next summer Olympics. Out of sight, out of mind.

ALSO ON BUZZCHOMP: Who was the Biggest Trump in Sports of 2016?

NFL coaches and quarterbacks feel like Obamas to me because of the circumstances always surrounding them. They don’t always succeed to the highest level, but it’s more a case of “what out there is a better option?” It is great that Bears fans want to spike Jay Cutler’s head after years of head-scratching throws and coming up short, but is Matt Barkley really a better quarterback for 2017? The same could go for Marvin Lewis if he is out at Cincinnati, and Tyrod Taylor on Buffalo. These guys aren’t elite at their respective jobs, but they are competent. Their replacements could be very incompetent rather easily (a la Obama).

There is an interesting argument to be made that Kevin Durant could simultaneously be 2016’s Sports Trump and Sports Obama.

We already made the case for his Trump status. What about the Obama case? First, he was great at his job in Oklahoma City, even if he didn’t reach the ultimate mountaintop. Second, the entity in which he was leading (the Thunder) involuntarily lost him because of circumstances out of their control. Third, his replacement (I guess Victor Oladipo or Steven Adams depending on if you look at it as the team’s starting wing or Russell Westbrook’s best running mate) is a major downgrade across the board from what Durant brought. Therefore: 2016’s Sports Obama.

The world of sports presents an interesting opportunity when it comes to athletes being replaced by seemingly less competent individuals. To be the Sports Obama of 2016 an athlete must have excelled at his or her craft, while also getting replaced by a questionably adequate individual. But I think it’s equally as important that the replacement be controversial and our Sports Obama be universally liked, more or less.

Kevin Durant was our Sports Trump of the year, but I can’t name him the Sports Obama because he is no longer well liked outside of Golden State. Perhaps as time passes and his team continues to dominate the NBA and make basketball fun to watch, we as fans will come to universally like him once again. But right now Durant is as close to a villain as the NBA has, with his team so polarizing that’s its hard to slap such a prestigious title on him. The rest of the pieces fit, but I can’t name Durant our Sports Obama of 2016.

Josh Norman, formerly of the Carolina Panthers, is our Sports Obama of 2016. Norman was the best defensive back in the NFL last season, as he helped lead the Panthers to a 15-1 regular season record and a trip to the Super Bowl. Carolina’s defense ranked 11th in the NFL in 2015 and first in interceptions with 24 total. Norman’s new team the Washington Redskins were 25th in the league last season in pass defense. Oh how things have changed for Carolina.


This season, without Josh Norman, the Panthers rank dead last in the NFL in pass defense and will finish the season with more losses than victories. Norman himself is well-respected and his dominance at his position has been unquestionably made clear in 2016. The Redskins now rank rear the top of the NFL in interceptions, but it was the drop that Carolina made which makes this feel most obvious.