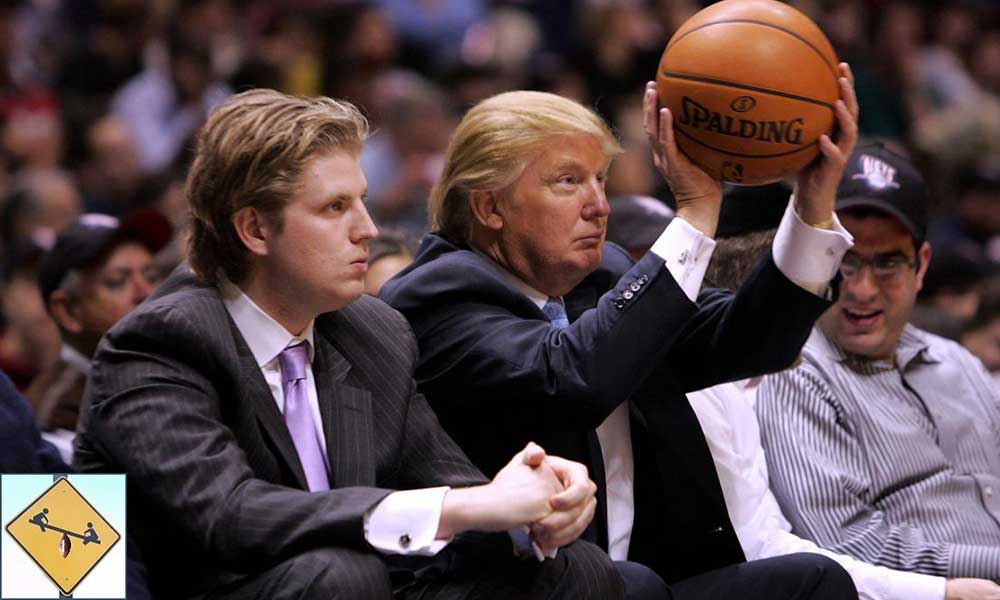 Many sports personas achieved greatness this year, despite looking awful in the process. The Biggest Trump in Sports technically ‘won’ but who did it worst? Best of 2016!

This is the final week of the 2016 calendar year. 2016 was a wild year across all platforms and especially in the world of sports. We had a number of tremendous winners, as well as intriguing storylines from last season’s football playoffs to the winter Olympics to March Madness and on through the rest of the sports world.

The most pressing question of 2016 relates to the world of politics though. With Donald Trump’s unpredictable, inexplicable win in the presidential race, it begs the question: Who was the biggest Trump in sports in 2016?

To be a Trump, someone has to have “won” while seemingly having no business winning at all. The winning part is what is up for debate. That doesn’t have to mean a specific championship in their respective sport. It could mean a spiritual, financial or some other type of win. But it has to be crazy and without merit and Trumpy.

ALSO ON BUZZCHOMP: The Bryce Petty Pancake – What happened to the New York Jets?

We have a number of qualified nominees this year. Perhaps it began with the Summer Olympics and Ryan Lochte. Lochte embarrassed the country on the world’s biggest stage yet became arguably the most famous Olympian despite the performances put together by Simone Biles and Katie Ledecky.

Lochte transitioned from victim to douche to Dancing with the Stars despite really falling off in the pool. I wouldn’t be surprised if he remained in the public eye much longer than Michael Phelps despite their diverging swimming talents this year.

Another possible Trump winner began his winning in January and continued it through these past few months despite literally losing an awful lot. Brock Osweiler was a mediocre backup quarterback for the Denver Broncos who made “being slightly better than a completely washed-up Peyton Manning” a career and garnered a massive new contract last NFL offseason. He then was continually horrible for the Houston Texans yet remained the starting quarterback until just last week. In Week 16, his team clinched a division title, and I wouldn’t be surprised if he got another chance to play in the playoffs. Osweiler keeps winning despite the evidence that he isn’t good at winning.

Who else could be the biggest Trump in sports? Was it Kevin Durant, who used one of the biggest and worst series losses in NBA playoff history to move to his greatest rival? Was it Chicago manager Joe Maddon, who won the World Series for the Cubs despite a number of boneheaded managerial decisions at the most pressing points of the team’s epic series with Cleveland?

It’s up to you. Name the official 2016 “winner” as the Biggest Trump in Sports.

The best of 2016 is truly the worst in this instance, if only for the humiliation inherent in each victory. The Biggest Trump in Sports this past year won in spite of all odds, taking scars along the way but finishing on top. It’s easy to point the finger at someone like Ryan Lochte who certainly made a fool of himself while making money in the process, but that doesn’t make him this year’s Trump of Sports.

You named four potential Trumps and I have one more for 2016. The infamous OJ Simpson likely doubled his net worth via a slew of television shows documenting his life and exploiting his story. Simpson looked worse than ever, no matter how his story was told. Yet the rights to his story and the positive press surrounding it have certainly vaulted him into an unexpected position of power.

Any of these sports personas is deserving of the honor of Trump, but only one truly embodied the man, the myth, and the legend that is President Donald Trump. The Sports Trump of 2016 must have found individual levels of success in prior years. They must have flip-flopped positions, while continuing to get ahead in their respective sport. Ultimately they must have reached a new height, yet tarnished their image in the process.


Kevin Durant is the 2016 Sports Trump of the year. He nearly won an NBA Championship while setting records and winning individual honors in Oklahoma City. He jumped ship and abandoned one fan base for another while joining a more impressive team. Durant is reaching new heights this season with Golden State, but his image and legacy will forever be tarnished. Very few people will ever respect what he did and how he did it, but no one can argue that he ‘won’ the NBA offseason and created a super team in the process.