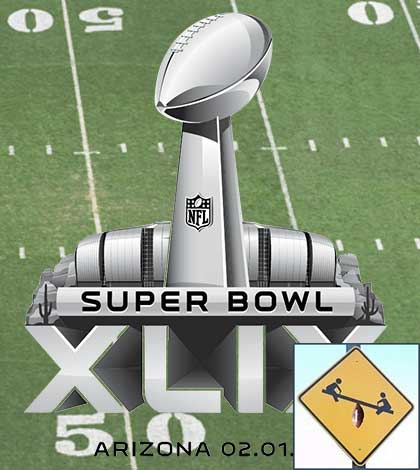 We’re counting down to the Super Bowl and Seesaw Sports is celebrating with “They said what?” sports quote game. All NFL, all football, and all-time great, these sports quotes were made for pigskin.

After one quote, Dan is ahead 1 point to Todd’s 0 points. Oh yeah!
Now for another quote to end round one. “They said what?”

Nailed it! Now for my Super Bowl sports quote follow up. Its go time.

I removed the final sentence from the initial quote, so as to not give too much away. No need to give extra hints.

Hint one: He is a two-time Super Bowl champion.

Hint three: He is a member of the College Football and Pro Football Hall of Fame.

Just reading the quote, it sounded like some teamwork, chemistry garbage that Ray Lewis would say. He did win two Super Bowls but doesn’t fit the other hints.

Then I thought it could be Brett Favre. He retired a couple of times, played for a bunch of teams at the end and won the big one. But I don’t think he’s in either Hall of Fame at this point.

So many players come to mind who just barely miss all the outlined criteria. In the end, my guess is going to be Marcus Allen. I’m not sure if he checks every box here, but it’s close. And, more importantly, I don’t know for sure that he doesn’t! When lacking a definitive answer, a feasible answer is all one can go on.

A completely feasible answer, but wrong. The man who defined the high step uttered those words. Deion Sanders is the answer. Did you know he had a nine year baseball career as well?

The remainder of the quote referenced his “persona” and showtime style image. You had enough hints, but not enough to win the point.